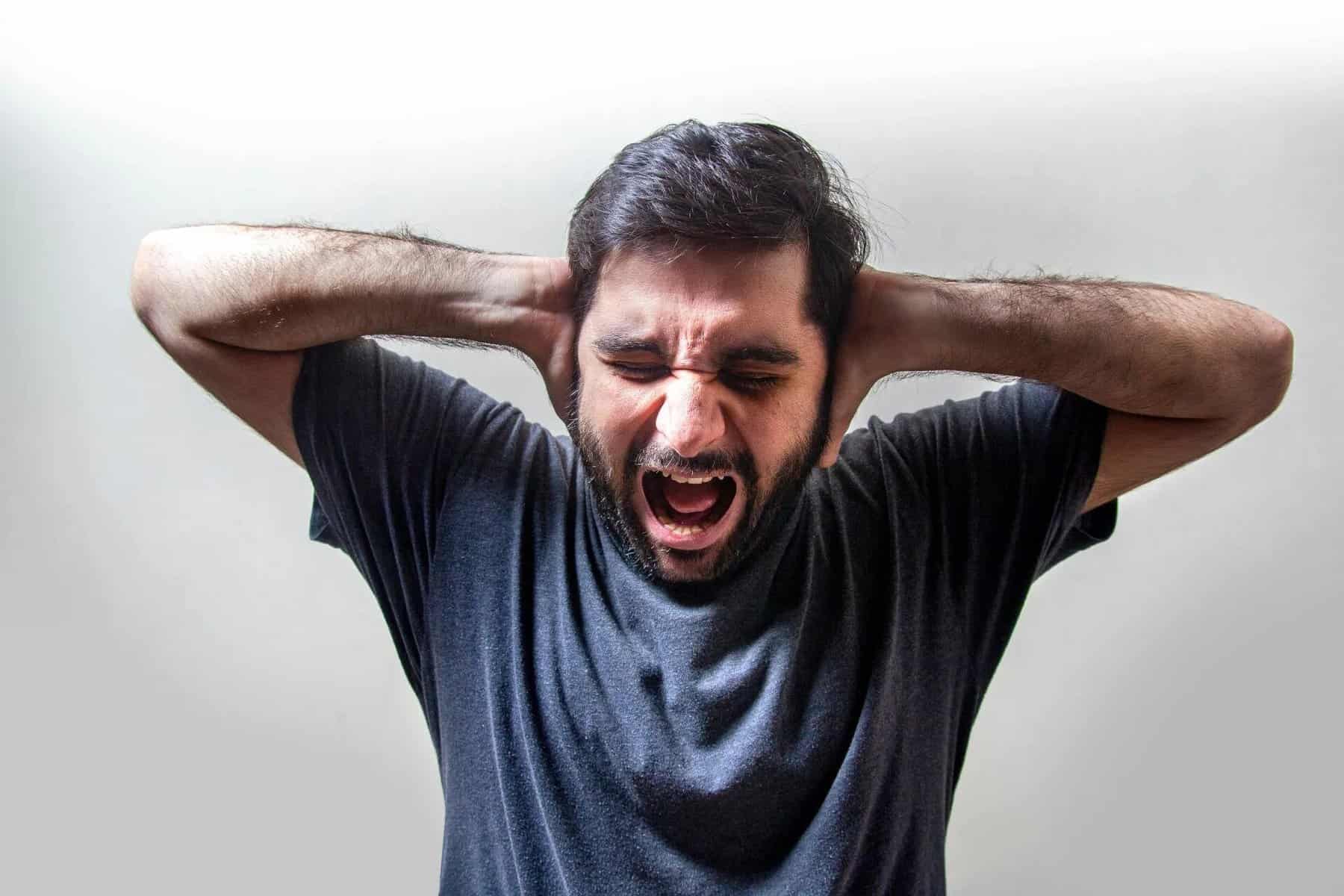 How to Listen, Empathize, and Love Well

Doubts are seldom allowed in the church. There’s an unspoken agreement that we’ll keep such thoughts to ourselves — that we won’t sully an otherwise pleasant Sunday morning, create tension at a comfortable Wednesday night bible study, or spark controversy among content believers. Instead, we’ll pretend to be equally comfortable and content.

Since we don’t share doubts, we can’t discuss them, learn from them, or deepen our faith thanks to them. We either feel alone in our questioning or remain blissfully ignorant of the questioners in our midst. Many of those questioners may struggle in their faith while “alone together” in a faith community. Some may lose and leave their faith.

Worse yet, fellow believers often shut down doubters who manage to voice their thoughts. Doubters marshal their courage, pick a “safe” person, and then open their hearts, only to be rewarded with trite clichés about faith, simplistic “bible school answers,” and unsatisfactory appeals to mystery — “God works in mysterious ways.” When doubters dig deeper, they unearth defensiveness and hostility in their fellow believers rather than love and acceptance.

We need to create space for doubt. We need to engage doubters.

But how? That’s what this essay explores.

To start, I should define what I mean by religious “doubt” as well as the people I refer to as “doubters.”

I define religious doubt as serious questions about anything intimately connected to the committed practice of one’s faith.

By “doubters,” I mean people who are questioning something significant about their understanding and practice of their faith. They haven’t stopped believing, but they’re not as certain as they may have once been. They may feel adrift.

They’re not fretting about trivia. They’re concerned about challenges like the problem of evil, the problem of God’s hiddenness, or the possibility that the church established sweeping doctrines based on mistranslating and misinterpreting scripture.

They’re frustrated with the church’s lack of repentance for its history of oppression and complicity in colonialism, sexism, racism, and other injustices; with the church’s stance on modern social justice issues; with their church leadership’s problematic priorities and resistance to change; with the politicization of faith.

In short, doubters have serious questions about serious topics and should be taken seriously rather than suppressed, silenced, or dismissed.

They could easily end up outside the faith unless they have a loving, supportive environment to explore their questions.

How do we take doubters seriously? How do we create space for their questions? We listen well.

Feeling truly, deeply heard can be a powerful thing. Some of my life’s brightest moments involved a devoted ear. Feeling heard has sent chills through my body. The famous, influential psychologist Carl Rogers created an entire subfield of psychology and therapy based on empathetic, active listening.

But when you wonder, say, whether the creation account of Genesis is literal or metaphoric, and your listener criticizes your lack of faith in the bible as the inerrant Word of God and questions your entire faith if you don’t take every word literally — well, you weren’t really heard, were you?

I mean, it’s a big leap from asking, “Could Genesis be figurative? Maybe its purpose is theological rather than scientific?” to the reply, “Whoa! You don’t trust the bible! Get behind thee, Satan!”

So you clarify, “I believe in the bible, but I worry I’m missing something if I interpret the creation story as a literal account.”

“I’m not saying it’s mistaken; I’m saying my literal interpretation could be mistaken.”

“You think you know better than God!”

“Not at all! It’s just, you know, I’ve read some commentaries and prayed, and I really feel like I can get so much more out of the text when I view it as a kind of theological argument instead of a science textbook.”

“I don’t know where you’re getting this stuff, but keep it to yourself from now on. You don’t want to lead anyone else astray.”

The saddest thing about this hypothetical — yet all too realistic — conversation isn’t the disagreement. It’s the willful misunderstanding, the unwillingness to listen to what an earnest doubter actually said.

Before a downfall, the heart is haughty, but humility comes before honor. To answer before listening — that is folly and shame. The human spirit can endure in sickness but a crushed spirit, who can bear? — Proverbs 18:12–14 (NIV)

To listen well, we must be humble enough to admit that we don’t know everything. We’re limited, fallible humans just like anyone else. We could be as wrong as we believe others to be!

To listen well, we must be open to people and their questions and ideas. Openness means that we’re listening to hear and understand the person in front of us, not to debate, not to formulate our counter-argument.

To listen well, we must prioritize loving others over being right. In his excellent book, Love Matters More, Jared Byas writes:

Imagine if the interlocutor above had listened with humility, openness, and love.

“You know,” you say, more than a little unkindly, “Genesis doesn’t make any sense.”

Your listener waits a beat, blinks, and asks, “What do you mean?”

“You’re wondering how the bible could be trustworthy if it conflicts with science?”

“Yes, that’s it! If Genesis could be so wrong, how do I know the rest is true?”

“Hmm. What brought these doubts on?”

“Well, uh, I read Genesis for the first time as an adult. I can’t believe Sunday school, Vacation Bible School, and all the rest taught me to interpret it literally.”

Your listener grunts. “I take it literally. But it sounds like your real issue might be that you learned a different view than you were taught and now you feel lied to. Is that right?”

With a chuckle and a smile, the listener asks, “Do you still believe in God?”

“Do you still love Jesus?”

“Okay, then.” Grinning gently, your friend continues, “I don’t think anyone meant to mislead you. They were teaching you what they believed. It’s okay to have different beliefs.”

“If it wasn’t, why would God allow so many denominations and religions? I mean, I hope you stay in ours. You can always come talk to me.”

The first conversation is marked by defensiveness, debating, and demeaning. The so-called listener can’t hear the person, much less prioritize him, because he’s too busy preparing counter-points and shaming.

Which is to say, he’s too fixated on his own fears and insecurities, his own unaddressed doubts. If you’re confident in your beliefs, you don’t get overly defensive when someone expresses different beliefs.

“Why do you look at the speck of sawdust in your brother’s eye and pay no attention to the plank in your own eye?” — Matthew 7:3 (NIV)

The second conversation is marked by humility, curiosity, and a desire to understand. The listener employs simple but powerful active listening techniques, reflecting back on what he hears and checking his comprehension. He allows for differences of opinion and belief and prioritizes the person and the relationship over being right.

The first conversation could easily drive someone away from faith, likely from the church, and certainly from the hard-hearted debater. Conversations like that one can create atheists. Hopefully, the second conversation convinces the doubter that he’s cared for, respected, and valued — simply because he’s heard and accepted. He’s much more likely to remain connected to a faith community and to continue maturing his faith despite, or perhaps because of, any doubts he experiences. 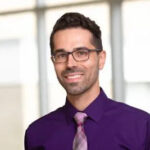 Eric Sentell lives in Piedmont, Missouri, with his wife and son. They worship at Trinity United Methodist Church. He hosts the church’s podcast, Metamorphosis: Sharing the Unchanging Gospel with a Changing Culture, and writes about faith, politics, writing, and other impolite topics at ericsentell.medium.com.