The year without Easter 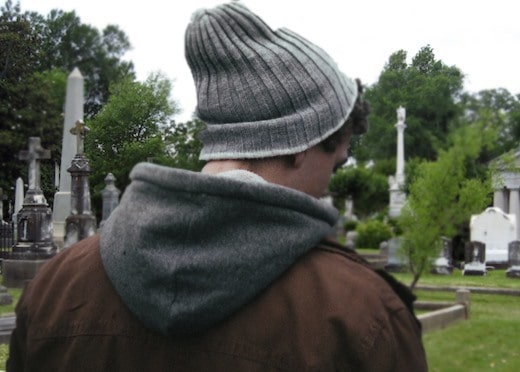 Not a priest but a boy
thumb dug deep in the bowl
grinning as he reaches.
“Remember,” he says, “You are dust.”

Outside, the snow falls
and robins puff against the cold.
I remember, as I have every day
during this year of praying at home,
the year Lent began
but then no Easter bells rang.

May the sign of the cross on my head
guard me against death and dream,
I pray, and though I know
the melt of the ice and snow will reveal
the ground once again, I also pray

that this year I will stand renewed among the flowers
and Christ will surprise me among the graves.

Next Thursday, March 11, marks the date that a case of COVID-19 was confirmed approximately 87 miles away from my city. The next day, five more cases were confirmed. The day after, three more. Then, a church pastor and his wife, who didn’t know they had been exposed to the virus, served as patients zero and one at a church service that resulted in 35 cases, seven hospitalizations, and three deaths.

Suddenly, the foreign virus that had been meme fodder became a sobering real and present danger. On March 15, the Governor announced that schools would close. The closure, which was originally supposed to be one week followed by the previously scheduled Spring Break, was later extended, and then extended again, and then extended through the end of the school year.

There were food shortages as the virus ran through processing plants, leaving them too understaffed for production. Toilet tissue, a necessary but readily available commodity for most people, was also in short supply after a national panic led to the hoarding of household cleaning and sanitation supplies.

Businesses shuttered. Churches did, too. Families gathered in homes and stuck signs to windows, proclaiming that, “We’re in this together.”

The rest of the year can bear no summary. Somehow, the virus became political. There were fights about masks, fights about quarantine protocols, even fights about the existence of the pandemic itself. Then there were riots, and social wrongs, and an election that made everyone on both sides fearful. Five hundred, seventeen thousand people died in the pandemic. It was relentless and terrifyingly slow.

Ash Wednesday was one of the last services I attended before my parish was shuttered in March 2020. During that service, I reflected that life was a long Lent, that we will always suffer and that sometimes we will have to meet God with anger. Sometimes, I would learn, we will have to meet God at a distance, as I did when I watched an Easter service via stream, or — the next week — when I stayed up to watch an old friend serve the Paschal matins live on YouTube.

Christ was present in those services — in the people, in the Eucharist, in the words proclaimed in the Gospel — but I could not reach him through the screen. I could not taste as well as see that the Lord is good in that moment.

There were a few moments of relenting when churches and businesses could reopen, and that respite was a release. Other times, I — like many others who live here in the Natural State — found new revelation in the land’s stone and stream that was first formed in the Cambrian Period.

But through it all, the pressure of the times was there. For some, it created fractures in relationships that could not be healed; for others, those fractures allowed them to reshape who they were.
Many days, what people used to call “our new normal” does feel normal. Walking into a store, you suddenly remember and turn to go back to your vehicle: “I forgot my mask.”

Today, for me, it feels abnormal. It’s exhausting. I see the case numbers are falling, however, and that vaccine distribution is growing. I’m hesitant about hope, and yet, I feel like we are closer than ever to the Holy Week we missed.

I can feel Christ stirring in the grave.

I can hear the groan of the rock as it scrapes the tomb walls and rolls suddenly away.

I am tired, but I am going to the garden to wait.

I believe that this year, Easter may be Easter after all.