A God big enough for bacteria 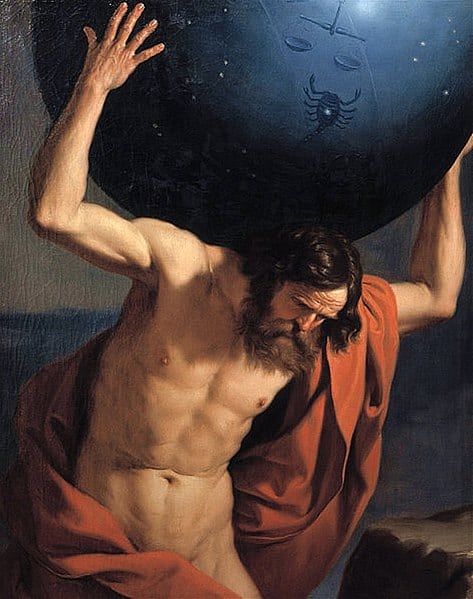 The railway forest is changing with the seasons.

I recently took a walk through it, now that the bugs have died down enough that I probably won’t get West Nile Virus. Most of the forest is covered with a pine canopy so thick I can’t help but think of Tolkien’s descriptions of Mirkwood, though when I walk under these branches I feel like the trees are much friendlier, looking forward to the company instead of trying to ward it off. But despite the persistence of the pines, large portions of the land are hardwood and forest scrub, mulberries and mimosas and trifoliate orange trees, and in one of those clearings I was greeted with what I thought at first was a ground covered in layers of mycelium.

I realized after a moment, however, that the mushrooms were actually the silver leaves that curled and dropped from the vines that wind through many of the trees like an engine’s serpentine belt, coating the woodland floor in the equivalent of gray hair. It is, after all, autumn.

Throughout my life, I have known people who look at such things and say, with almost practiced piety, “Isn’t God creative? Isn’t this astounding?”

And of course it is astounding, which is why I am somewhat taken aback when the same people make statements about what God can or cannot do. During a recent exchange to which I was witness, one of the participants made the bold assertion that, “If this is true, then God is not truly God.”

This kind of apologetic nightmare formulation speaks as much to the speaker as to the topic at hand. The fact that the assertion was made on a social media post about someone coming out as non-binary made it seem particularly flippant. God’s entire existence hinges on what clothes someone wears or the pronouns they use?

Going back to the very first page of the Bible, we see God creating people: “So God created humanity in his own image, in the image of God, God created him; male and female, God created them.” Both male and female are attributes of God in this telling, and just as both are true reflections of God, it seems wildly bold to me to assert that a perfect, clear delineation of the two are the only ways that the male and female attributes of God can be expressed in humanity — especially since Christians affirm that, contra to the traditional language they use about God, God is neither male nor female.

The fossil record tells another, adjacent story: just as God created the distinction of man and woman, God also created homo sapiens, Neanderthals, Denisovians, and Homo erectus, along with several others. The four mentioned were all distinct species, far more varied than the minuscule DNA disparity our species can observe amongst its living brothers and sisters, and yet they were all human, and all survive in some form in the genome of contemporary humanity; while homo sapiens won the day in inheriting the Earth, Neanderthals take second place in making up as much as two percent of the DNA in some European and Asian people.

God’s spirit wasn’t limited to one species of humanity, and as their populations merged they became a different expression of that same spirit. We are all expressions of the life that emerged from Edenic Africa, diverged into distinct groups and then remerged to become something new and yet carrying the same enigmatic spark from our Creator.

Even leaving out the idea of other possible revelations, the God of the Bible is recorded interacting with creation in a lot of ways, changing course, making promises, and modifying supposedly eternal covenants.

The record that we had then, and for that matter the record we have now, is one that is limited not from God’s perspective but from ours. That’s why, now that we have the benefit of retrospect, we can look at injunctions such as those against associating with Moabites, people from Uz, eunuchs and Samaritans in one part of the Bible and see those injunctions lifted or ignored in another — just reference Ruth, Job, the emissary from the Ethiopian court in the Book of Acts and the numerous Samaritans Jesus spoke to, healed or pointed out as examples of true faith.

God offered clarification more than once in the scriptures. Even though the dietary restrictions of the Hebrew Bible had functional purposes, in the New Testament God lifted them as a required sign of active faith and used the act of removing those restrictions to make a point to the Apostle Peter that the love of God is wide enough to break out of tribal boundaries and embrace the world. The change didn’t just promise additional freedom to the hearer that day, but to Gentiles that were previously considered outside the covenant community.

God’s revelation to us trends toward openness, acceptance and inclusion, to the point that — even though Moabites were considered too vile to allow in the door — one of them eventually became a direct ancestor of Jesus of Nazareth. A person who once belonged to an out-group became an ancestor of God in the flesh. Isn’t God creative?

When I see someone stake the eternal reality of God to such issues, I fear they don’t just have a small god, but no god at all. That kind of god is — to borrow a phrase — too big to fail, an Atlas holding up a rickety infrastructure. That kind of god can stand immovable with a planet on its aching back, but knows nothing about the galaxies of gut bacteria that live inside all of us. One Jenga block moved at the wrong time pulls down the skies and god with it.

I am not the theologian sent to ease the minds of uneasy people — I am no theologian at all — but I will stake a place.

I may err, but if I err, it’s going to be on the side of one of the positive statements about the creator’s existence: “God is love.” From my finite perspective, that kind of truth is wide, still open for our introspection, and — even within the limits of language — spacious enough for God to be creative.