The forest that buried the railway station 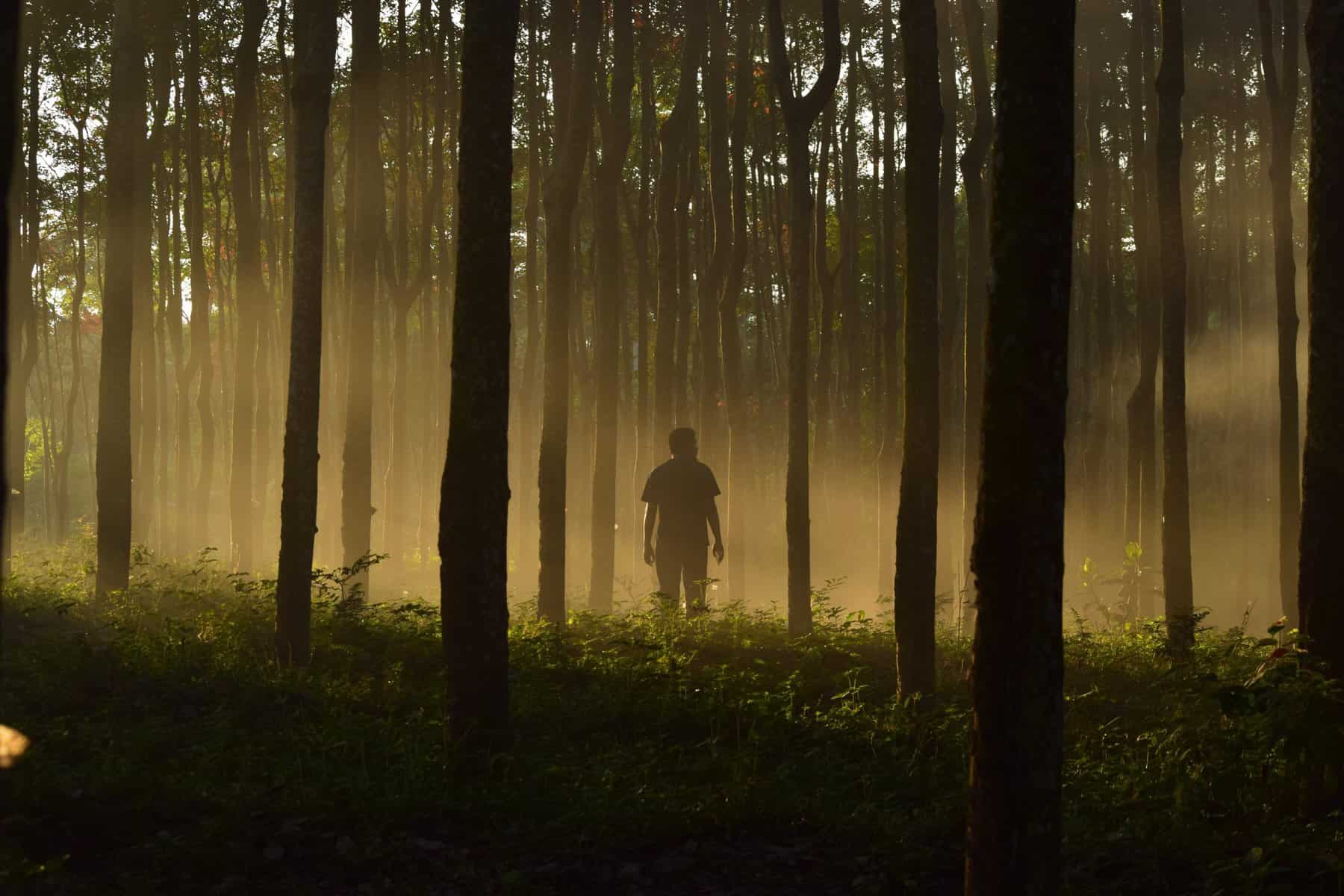 Even though I live in town, there’s a non-park wooded area within a short distance of my house that I sometimes like to go for a walk through.

As woods go, they’re not as enchanted as wild mountain space that has never been logged, but even though the area is small — only a few acres surrounded by highway, rail service and residential areas — there’s a certain spiritual depth to it that I feel a lot of urban forests never capture. I think it’s that, right in the center near the small creek that runs through it, you can’t hear any of the city noise. If nymphs were seeking solitude, that’s where they’d hide.

Something curious about the woods, though, is that if you walk through them, you will find all sorts of artifacts of past human development. Bricks sometimes surface after heavy rain shifts the topsoil, and in other places you suddenly realize that you’re standing on a concrete platform that is well hidden under blankets of leaves and humus that have broken down and started a new layer of soil through the years. Where once a building stood, nature has supplied enough starter material for seeds to take root and even grow into full, mature trees.

At another forest location, I found an old well — thankfully filled in to keep hapless wanderers such as myself from falling in.

In places, the forest feels ancient, and a few of the trees testify to it. But in other spots, several of the acres, the trees are younger than I am.

I decided to research the plot, and using a combination of historical documents and local lore, I found out that the woods were once the site of a train station and a small logging mill. Old photos attest to the industrial buildings that once stood there, and to an enormous, grand residence for the mill’s top boss that sat further back from the noise of the station.

The forest is not, in fact, ancient. Even the oldest parts of it are 100 years at most. The area had once been completely cleared, beaten back by the machinery of progress and turned to what the 20th century considered productive use. One older man even told me the location of a former hobo camp, a spot I was able to easily identify by the number of dust-filled antique bottles.

But just as progress had razed the then-virgin forests — a forest that a geologist told me started growing 5,000 years ago after a great drought — progress eventually marched on. The sawmill relocated to a better spot where more efficient machinery could be installed; the railroad shifted to the north and eventually closed. All of the buildings came down, leaving only a few crumbles of concrete along the way; even the grand residence was removed, for — of all things — a zoning violation.

And then, as a private club purchased the land and let it sit, something happened.

The grasses that had been mowed grew back. Trees sprouted again, perhaps even from dormant seeds that had been unable to germinate as they were shaded by buildings or buried under streets that were now broken up. Vines started creeping; brambles grew back; wildlife found a home in trunks and holes and branches that stretched toward the heavens.

As the trees and other plants dropped their leaves, microbes that had been suppressed by paving gravel began to flourish as they found food on the ground once again, and slowly the natural process of mulching and organic material breakdown took over.

Within a couple of generations, all of the work of men on the land was not gone, but nature had done her part to ease it out. The work was slow, but living things move more quickly than glaciers. In another 400 years, the bricks will break down and return to their natural state as dust. The concrete will likely be gone even sooner.

I’ve seen similar processes before. I’ve been walking in woods and suddenly discovered I was in the middle of a graveyard after stubbing my foot on what was the top of an otherwise obscured headstone. Other graves were quickly found in the area around me, but there was no evidence of a homestead or township in the nearby area. It left very little conclusion except that there once was some kind of settlement, but the only thing left of it now was the nearly forgotten testimony that people had once been here — the testimony surviving only because it was carved in granite that has since become coated in green moss.

When I think about the ugly things that mar our times, I occasionally remember how nature heals the wounds we inflict on the earth. It’s a testimony to the impermanence of just about everything. Life — as the saying goes — finds a way, and only constant, vigilant maintenance keeps the trees and beasts at bay.

Sometimes, I worry about how things are going to end for us and for our world, but then sometimes I think about the forest, and I remember that even when things end, another process is set to begin.