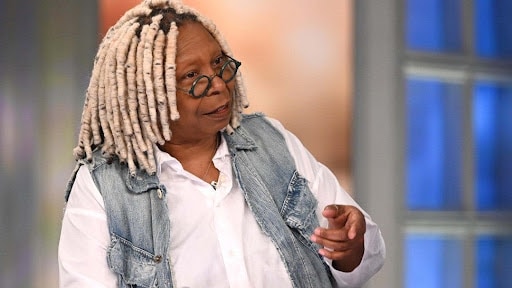 Whoopi Goldberg, Actor, Comedian & co-host of ABC’S “The View”, has been another victim of cancel culture. ABC News temporarily suspended Whoopi Goldberg for 2 weeks on Tuesday, after she generated outrage for declaring the Holocaust was “not about race”.


On an episode of “The View”, airing last Monday, Whoopi said that the Holocaust was about “mans inhumanity to man and not about race”. As other co-host refuted her assertion, “saying it was driven by White Supremacy”, Whoopi stated, “but these are two white groups of people”.

Whoopi has made her controversial comments during a debate on the show Monday about a Tennessee school board’s banning of “Maus,” a Pulitzer Prize-winning graphic novel about the Nazi death camps during World War II. She said the Holocaust was “not about race … it’s about man’s inhumanity to other man.”

Major backlash was generated. Jewish groups said her remarks “were dangerous” and “latest example of ignorance about Nazi genocide”.

“In her error, she was reflecting a misunderstanding of Jewish identity that is both widespread and dangerous that is sometimes described as erasive antisemitism,” said Marcus, who is the author of ‘The Definition of Anti-Semitism.’

“It is the notion that Jews should be viewed only as being white, privileged oppressors,” he said. “It denies Jewish identity and involves a whitewashing of Jewish history.”

Jill Savitt, president and CEO of the National Center for Civil and Human Rights, offered his profound  view of Goldberg’s remarks.

“No one can get into Whoopi Goldberg’s head,…But I think what she’s trying to say is that the Holocaust is about hatred. It’s about inhumanity. It’s about what human beings will do to one another that is inhumane,” Savitt said.

In an appearance on “The Late Show With Stephen Colbert” this past Tuesday, Goldberg would apologize saying “as a black person”, she thinks of racism as being based on skin color but she realized not everyone sees it that way. Goldberg would also state “I get it, folks are angry. I accepted that, and I did it for myself”.

“My words upset so many people, which was never my intention,” she said Tuesday morning.

“I understand why now and for that I am deeply, deeply grateful because the information I got was really helpful and helped me understand some different things,” Goldberg said.

“Effective immediately, I am suspending Whoopi Goldberg for 2 weeks for her wrong and hurtful comments” said by ABC president Kim Godwin.

Godwin would go on to say…“While Whoopi has apologized, I’ve asked her to take time to reflect and learn about the impact of her comments. The entire ABC News organization stands in solidarity with our Jewish colleagues, friends, family and communities”.


Goldberg is no stranger to controversy. She’s made number of comments during her 15 year career, including sexual remarks towards President George W. Bush in 2004, plus remarks to Actress Bella Throne in 2019 for a nude photo scandal.