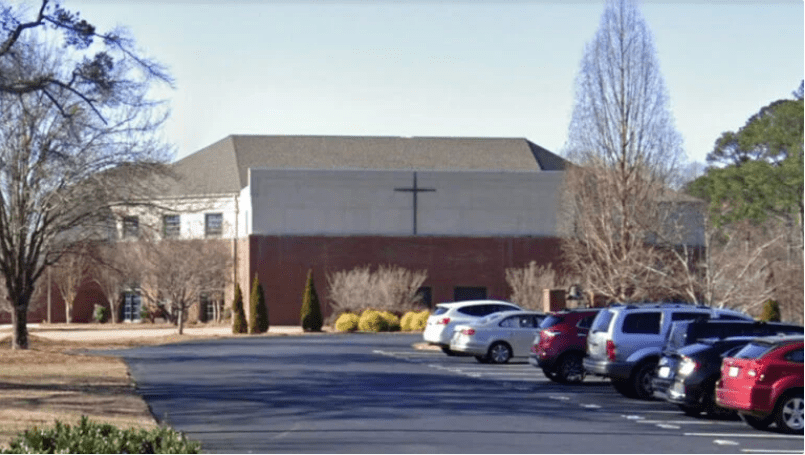 Since a 21-year-old gunman allegedly killed nine people in the Atlanta area in a reported attempt to remove sexual temptation from the world, both the secular and religious press have been discussing the role religion may have played in the gunman’s motivation. For its part, the alleged gunman’s church has acknowledged his active membership but has since disfellowshipped him.

The suspect was raised in and a member of a conservative congregation, Crabapple First Baptist Church. While the church’s Website has been taken down and a statement about the shooting has been put in its place, it also has a link to the church’s statement of beliefs. The statement of beliefs and and church covenant attached to it are similar to one used by many independent Baptist Churches.

The church’s response to the shooting says that the members are distraught to have found out the suspect was from among them, someone they watched “grow up and accepted him into church membership when he made his own profession of faith in Jesus Christ.” It continues:

We want to be clear that this extreme and wicked act is nothing less than rebellion against our Holy God and His Word. (The suspect’s) actions are antithetical to everything that we believe and teach as a church. In the strongest possible terms, we condemn the actions of (the suspect) as well as his stated reasons for carrying out this wicked plan. The shootings were a total repudiation of our faith and practice, and such actions are completely unacceptable and contrary to the gospel.

No blame can be placed upon the victims. He alone is responsible for his evil actions and desires. The women that he solicited for sexual acts are not responsible for his perverse sexual desires nor do they bear any blame in these murders. These actions are the result of a sinful heart and depraved mind for which (he) is completely responsible.

We have been in complete cooperation with law enforcement, and we pray for justice to be done. We pray for both earthly justice and divine justice.

We ask that all Christians would join us in praying for the families of the victims, the communities affected, the (suspect’s) family, and the Crabapple Church family. We believe in a Holy and Righteous God who abhors evil and will judge all sin in perfect justice. We also believe that this Holy God so loved the world that He sent His only Son, that whoever believes in Him shall not perish but have eternal life.

On Sunday, the church voted to remove the suspect from membership — excommunicating him. As the Seattle Times reports:

“Our hearts are filled with so many emotions; with grief, with anger, sadness, with emptiness, confusion,” Associate Pastor Luke Folsom said in a prayer before a crowd of more than 100 congregants. “There’s so much confusion. It doesn’t make any sense. But, father, we know this is the result of sin. It displays the total corruption of mankind.”

(The suspect), 21, was charged with eight counts of murder and one count of aggravated assault. The eight victims included a woman two days shy of her 50th birthday and a newlywed who had just given birth to her second child. Seven of the eight killed were women; six of them were of Asian descent.

The service began with a female member of the congregation reading the names of slain women from the pulpit. The evangelical church’s senior pastor, Jerry Dockery, largely ignored Long’s stated motivations, instead focusing on the spiritual battle between good and evil as well as the grief felt by church members that they had been drawn into media coverage of the attack.

“Right now there is a bitter pall hanging on the palate of our hearts. Everything is impacted and influenced by what we have experienced this week, and you wonder if it’ll ever taste sweet again,” Dockery said. “God’s word says we’ve all sinned and fallen short of God’s glory. You don’t have to look further than the newspapers this week to know that this is true. Brokenness and despair; it’s all rooted in Satan’s rebellion against God’s law.”

Journalists who attended the service were asked to leave when the church took up the issue of discipline, but the membership ultimately voted to expel the suspect. Interviews of congregation members were not allowed on church grounds.