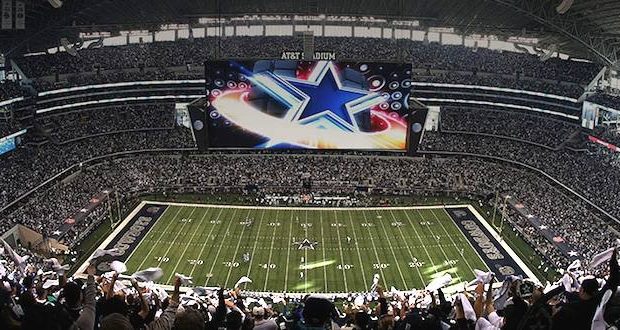 Promise Keepers was once one of the most influential Christian organizations in the nation. It was known for holding massive men’s rallies and conferences that encouraged men in their Christian walk. But the organization has been largely silent in recent years — at least until new Promise Keeper president Ken Harrison went on Steve Bannon’s podcast “Real American Voices” to promote the first stadium rally that the Promise Keepers have hosted in almost 20 years.

The July 16 and 17 event at AT&T Stadium is expected to draw approximately 80,00 attendees eager to fight liberals and the LGBTQ agenda.

Sandwiched between ads for Vitamin D to promote natural immunity against coronavirus and Bannon’s insistence that Donald Trump actually won the 2020 presidential election — along with all manner of conspiracy theories and tirades against the mainstream media — Harrison made his pitch for the rally that he says will draw 80,000 Christian men.

Liberals and the LGBTQ community are “destroying the identity of the American people,” Harrison lamented in one segment. “Christian men are not standing up for what’s right.”

“There’s such an undercurrent who are sick and tired of the evil in this country,” he added, citing perceived threats from the press, public education and “the nonsense the leftists are trying to tell us we’re bad people, we’re racists, we’re misogynists.”

On the podcast with Harrison, Bannon spoke of Promise Keepers as being part of a “warrior men idea.” He expressed amazement that in July 2020 Promise Keepers came back to life with an online event that drew 1.2 million participants worldwide. That global turnout is proof yet again, Bannon said, that Trump actually won the election and that Trump supporters “have the votes.”

Harrison was named president of Promise Keepers in April 2018. He is CEO of WaterStone Foundation, a Christian donor-advised fund, and is a former officer with the Los Angeles Police Department.

The Promise Keepers website offers an announcement about the July event in Texas, along with advance registration. “Join us to gain biblical and spiritual tools that will empower you to be the man Christ intended you to be,” it says. “The past year has been isolating for millions of men, and our culture’s brokenness has left millions more confused about what godly manhood looks like.”

The publicity promises: “We’ll enter the gates of AT&T Stadium with a shared feeling of purpose, shields locked in a bond of brotherhood no one can break. By God’s grace, we will return home as changed men, ready to lead our families, communities, and country.”

News of the return of Promise Keepers was hailed at Charisma News by Larry Tomczak as an answer to “America’s cultural depravity and decline” with God’s “design for true manhood.”

Eight keynote speakers have been announced: