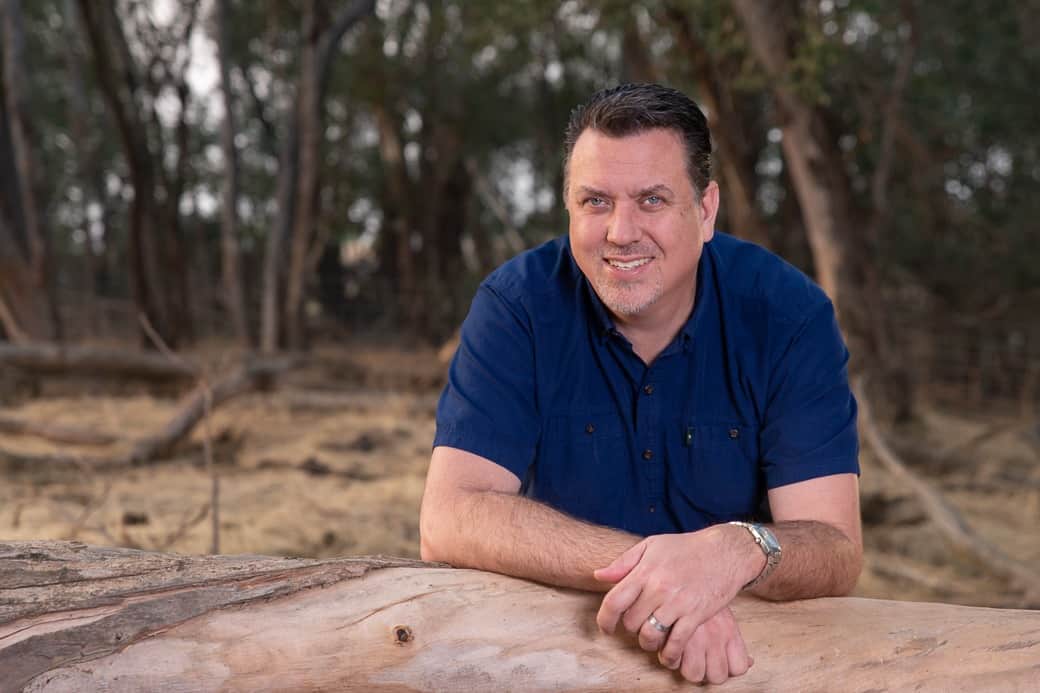 If you have spent any time in the evangelical church you have heard people talk about sharing their testimony. If you don’t know what that means, a person’s testimony is basically their story of why they believe in God and what that has meant to their life.

Some people have very dramatic stories about how their faith has turned around their lives while others have more prosaic stories.

My former pastor calls a person’s testimony their “Hope-Story.” He is referencing 1 Peter 3:15a which reads:

But in your hearts revere Christ as Lord. Always be prepared to give an answer to everyone who asks you to give the reason for the hope that you have.

My pastor gave a sermon where he had a couple of people give their Hope stories (testimonies) and challenged the rest of us to do the same. I took up the challenge. I’ve mentioned on here before that this pastor calls me “a contrarian in the best way possible.” So, this will also be a bit of a contrarian’s take on the evangelical practice of sharing our testimonies.

My pastor shared a Hope-Story Worksheet with us and I will be using that as a starting point. He also suggests doing a short 100-word version and a longer version. I’ll try that as well.

The Anatomy of a Testimony

At the heart of every good testimony is the change. The worksheet suggests addressing three points.

Those of us who have been in church for a long time have heard plenty of testimonies that go something like this:

I was at a point in my life where nothing was working. I was addicted to alcohol and women. My marriage was falling apart and my children hated me. Then one morning in a drunken stupor my friend invited me to church. Everything changed. I asked Jesus into my heart and now my wife and I have a great relationship, I got a promotion, and my child just went all-state in football. I thank Jesus for turning my life around. He saved not only me but my family.

The reality is that I know people who have stories like this. Maybe not this perfect but they have stories of dramatic turn around in their lives. God certainly does, at times, facilitate, dramatic changes like this.

Was it God and what is my hope?

One problem I have is that I also know people who have stories of dramatic turnaround who have absolutely no faith in God.

Another problem is that I don’t think that the hope that Peter was referencing in his second letter was the hope for a better life now.

We tend to think that way because we live in America. But, in ancient Rome during times of persecution there very easily could have been a much different story. Maybe something like this:

I was a Roman citizen of modest means. We weren’t extremely rich but we were well fed and a lot better off than many. Then I came to Jesus. Not just me but my whole family. Since then, my teenage son has died in the Colosseum. My wife was beaten for refusing to renounce Jesus. I lost my business and we live off the generosity of other Christians.

That isn’t quite as exciting of a story. But, something similar could happen today in the Muslim world.

What is the hope?

The hope isn’t a better life now. That is the story we often sell in the church. Follow God and your life will be better. Some sell this gospel intentionally. But for most of us, we slip into it because it has become such a part of our evangelical culture. I wonder if such thinking is in fact heresy?

Let’s look at a longer section of that passage in 1 Peter, verses 13-18a this time:

Who is going to harm you if you are eager to do good? But even if you should suffer for what is right, you are blessed. “Do not fear their threats; do not be frightened.” But in your hearts revere Christ as Lord. Always be prepared to give an answer to everyone who asks you to give the reason for the hope that you have. But do this with gentleness and respect, keeping a clear conscience, so that those who speak maliciously against your good behavior in Christ may be ashamed of their slander. For it is better, if it is God’s will, to suffer for doing good than for doing evil. For Christ also suffered once for sins, the righteous for the unrighteous, to bring you to God.

But maybe more than the Christ who saves, it is the Christ who is true. Yes, faith in God does save us and allow us to live eternally on a new earth. I fear, though, that there are many who believe they uttered a magic incantation (prayer) in an attempt to be delivered from judgment; however, they did so without contrition. They did so in the interest of their own well-being and not in the interest of the Truth.

Our hope is Christ and a genuine love for who he is, not what he may do for us. Our hope isn’t just eternity. It certainly is not comforting now. It is the hope to exist in his light and love. In his Truth and Beauty and Goodness.

The Wisdom of Peter

Long before Peter wrote his letters he lived for several years with Jesus.

The Apostle John tells us in his Gospel (Chapter 6) about a time when Jesus fed more than 5,000 people with just five small loaves of bread and two fish. These people had been following Jesus because he was working miracles and healing people. The people were so excited about Jesus that they wanted to make him king by force. That wasn’t what he wanted so he retreated to the mountain.

After dark, Jesus’ disciples snuck to a boat to cross the lake to Capernaum. During the night Jesus walked on the water to join them in the boat. The crowd followed them in their boats and found Jesus on the other side.

At that point, Jesus told the crowds who were looking to Jesus to make their earthly lives better something shocking and unnerving. He chastised the crowds for following him just because of the miracles and because he fed them. He told them that his mission was not to feed their bodies on earth but to be the food that nourished them to eternity. He told them that he was the true Manna who came from heaven and that it was those who would eat his flesh and drink his blood who would be with him in eternity.

Most could not accept that Jesus’ story was about who he was and not what he would do for the people of Israel. The crowds left. Many disciples left. Jesus then turned to his twelve closest disciples and asked them if they were leaving also. Wisely Peter responded, “Lord, to whom shall we go? You have the words of eternal life, and we have believed, and have come to know, that you are the Holy One of God.”

Peter knew that his hope was in the Truth of who Jesus was not in the desire of what Jesus could do for him. John defines eternal life as knowing the only true God (John 17:3) so Peter is saying that Jesus has the words that allow them to know God. If they want to know God, to know Truth. They must stay with Jesus.

I grew up in the Church. I don’t ever remember a time that I wasn’t going to church. When I was seven, I remember praying and telling God that I wanted to follow him. I remember the terror of going up in front of the church two years later to tell the pastor that I wanted to be baptized. Sunday school, youth group, and vacation bible school were the things that formed the rhythm of my life. But, that also means that virtually every bad thing I have done in my life, and I have done plenty, has been after I committed to following Jesus. As a young adult, I made a lot of mistakes and made a real mess out of things. Through all that, I always strove to follow Jesus. I often did so quite badly. With time, my life turned around and even got good. I had a loving family, a good job, and was on the top of my little slice of the world both professionally and personally.

But through it all, I heard the words of Peter, “Lord, to whom shall [I] go? You have the words of eternal life, and [I] have believed, and have come to know, that you are the Holy One of God.”

My hope is not in what I want God to do for me but in knowing in the deepest recesses of my soul that Jesus is the Holy One of God and that through his words I can know God.

So, I failed my pastor’s challenge to give my testimony in 100 words. Let me try again…

I grew up in the church and became a Christian as a young child. Pretty much every bad thing I have done in my life has been as a Christian. But, I have also seen a ton of really bad things done by other Christians, some of whom were very close to me. Some of those things were done directly to me and have wounded me deeply. But, I have become convinced that despite the bad I have done or that has been done to me- I am loved by God and He is true even when we are not.

This essay is from our Anastasis Series where we resurrect articles from the past that are either still relevant today. This piece was first published on March 13, 2017, and has been lightly edited and updated.