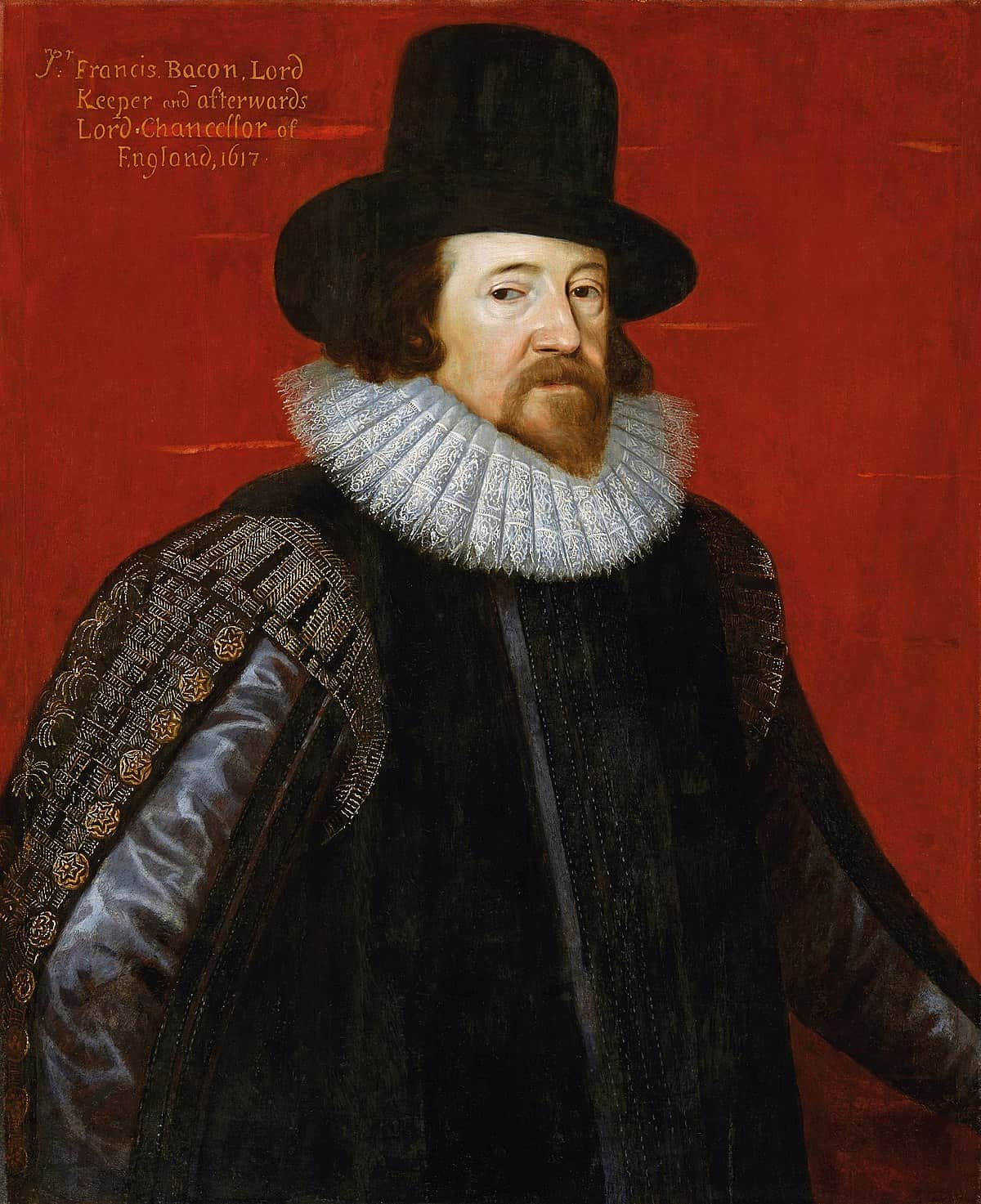 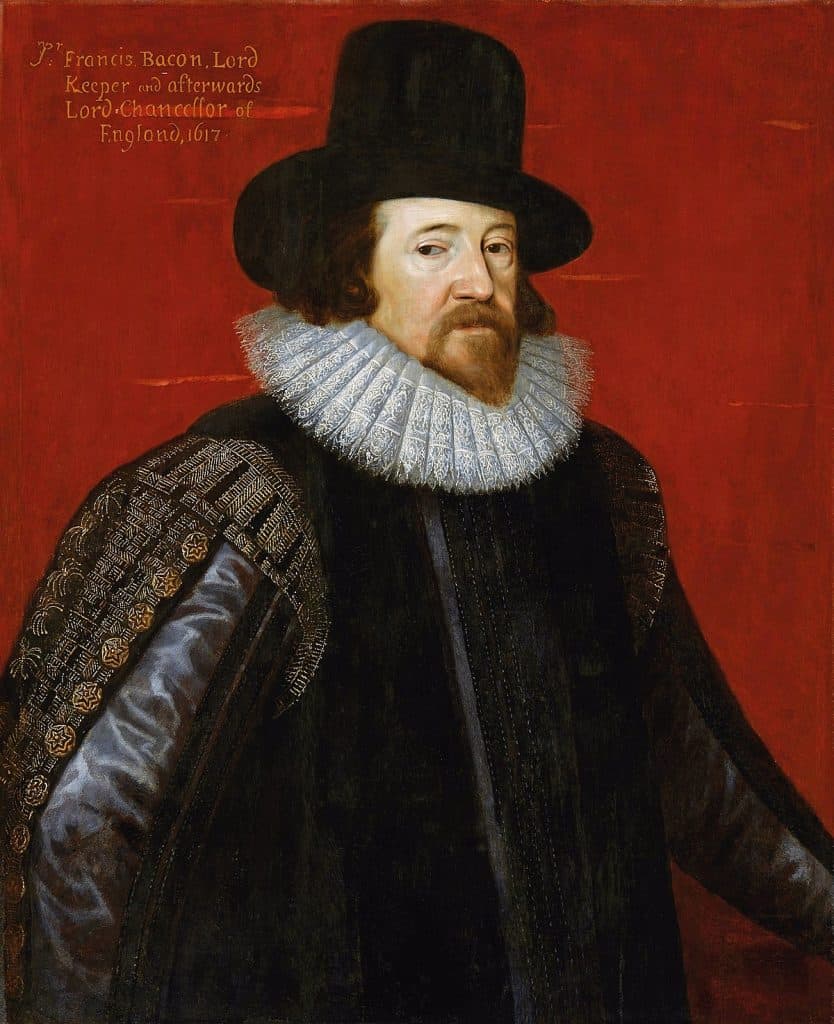 I received an opportunity to give a presentation four years ago at a conference held on the campus of Central College in Pella, IA on the theme of “Faith and Reason in the Reformations.” The conference celebrated the five hundredth anniversary of Luther’s reform movement by gathering a group of scholars and church leaders to reflect on the intellectual legacy of the reformation movements. Despite pandemic delays, the collected reflections have been assembled and published thanks to the excellent editorial work of Dr. Terry Kleven. Faith and Reason in the Reformations  is available now for anyone interested themselves or to order for their library. My own chapter centered on the work of Francis Bacon and is titled “Faith and Reason Behind the Throne: Francis Bacon’s Integral Correlation of Religious Conviction and Inductive Curiosity.” I thought I would whet your appetite for the full chapter by giving you a small sample of Bacon’s thoughts on the problems posed by “superstition” and “fanaticism” to religious and social stability.

Alongside the clear references to the relationship between learning and religion in Francis Bacon’s (1561-1626) work appeared other comments that have given his interpreters pause. These comments implied that religion, or at least some forms of it, might pose a complication for pursuing Bacon’s inductive methods. In the Novum Organum, Bacon wrote:

Some moderns have indulged this folly, with such consummate inconsiderateness, that they have endeavored to build a system of natural Philosophy on the first chapter of Genesis, the book of Job, and other parts of Scripture; seeking thus the dead amongst the living. And this folly is the more to be prevented and restrained, because not only fantastical Philosophy but heretical Religion spring from the absurd mixing of matters-Divine and Human. It is therefore most wise soberly to render unto faith the things that are faith’s.[i]

Bacon’s use of language to hint that phenomenon associated with witchcraft and divination might stem from natural causes in The Advancement of Learning suggests that the sentiments expressed in the Novum Organum did not mark a late career change in Bacon’s thought. Bacon held a dim view of what he called “superstition” throughout his life. He walked a delicate line in Advancement when he wrote about witchcraft investigations as one area where the new science would illuminate human understanding. Bacon praised James I for his writings on witchcraft, holding the king up as a model for using every faculty at his disposal to discover the truth behind supernatural phenomenon. As the king of Scotland, James had prosecuted alleged witches with great vigor and brutality. He had ascended to the throne only two years before the publication of Bacon’s Advancement, and he was still getting to know Bacon. Bacon tread lightly in his relation to King James, heaping flattery upon flattery, in order to receive the King’s favors. Bacon’s masterstroke fell when he expressed his desire that the sort of investigation James devoted to witchcraft be applied also to other “superstitions” such as dreams, and divination.[ii] Bacon wrote, “ . . . it is not yet known in what cases, and how far, effects attributed to superstition do participate of natural causes, howsoever the practice of such things is to be condemned.”[iii] One can see in this and many other examples from Bacon’s tumultuous career that he was capable of subtle duplicity. Was he duplicitous in his claim that inductive methods would exist in harmony with religious faith?

Exploring this question well requires a better understanding of what Bacon meant when he used the term “superstition.” As indicated in the previous quote, he used it sometimes in the way twenty-first century writers would as a reference to activity produced by mystical sources beyond the natural realm. It is important to note also his further application of the term. Bacon wrote an essay “On Superstition” in which he defines the term as having an opinion of God that is “unworthy of him.”[iv] These opinions distort humanity’s image of God and lead people to adopt mistaken attitudes and actions in the name of God. They are opinions grounded on misguided and disordered explorations of religious ideas. Bacon expressed a preference for atheism above superstition in another passage that led some scholars to question whether his religious stance was genuine.

Atheism leaves a man to sense, to philosophy, to natural piety, to laws, to reputation, all which may be guides to an outward moral virtue, though religion were not; but superstition dismounts all these, and erecteth an absolute monarchy in the minds of men. Therefore atheism did never perturb states; for it makes men wary of themselves, as looking no further, and we see the times inclined to atheism (as in the times of Augustus Caesar) were civil times, but superstition hath been the confusion of many states, and bringeth in a new primum mobile, that revisheth all the spheres of government.[v]

Some aspects of Bacon’s statement need correction in light of the historical record. Later historical examples such as the Soviet Union testify that a dogmatic atheism can become as repressive  as a fanatical religious fundamentalism. Also, his comment on Augustus Caesar’s time being inclined to atheism overlooks the teeming religious diversity of the Greco-Roman world during Augustus’ reign. His main point, that fanatical religion based on “superstition” or a misapprehension of the works and character of God can destabilize human societies, continues to haunt the present age. Bacon believed that the atheist could be trusted more than the fanatic could because the atheist at least has a sense of self-preservation owing to their ethical ideals and the fact that they believe this life is the only time they have to enjoy existence. The person captivated by “superstition” erects a despotic “monarchy” that can overrule every sense of good order and human decency in the name of a perceived higher goal.[vi]

Bacon feared the destabilizing influence of religious fanaticism for good reason in an age when wars were breaking out across Europe framed by the religious affiliations of the contending parties. Spain loomed as the great threat against England during the latter years of Elizabeth’s reign. In addition to their naval forays against England in the late 1580s and 90s, the Spanish crown was engaged in acts of espionage against the English. English Catholics, most of whom were entirely innocent of conspiring against their government, were caught in the crossfire and endured being stigmatized as traitors as well as heretics. In “On Unity in Religion,” Bacon quoted the Greek poet Lucretius who reportedly wrote when Agamemnon sacrificed his own daughter, “So many evils could religion prompt.”[vii] He went on to recount the violence and social disorder prompted by religious fanaticism in his own time.

What would he [Lucretius] have said, if he had known of the massacre in France, or the powder treason in England? He would have been seven times more epicure [Epicurean] and atheist than he was, for as the temporal sword is to be drawn with circumspection in cases of religion, so it is a thing monstrous to put into the hands of the common people, let that be left unto the Anabaptists, and other furies.[viii]

Here Bacon points to the infamous Gunpowder Plot and the St. Bartholomew’s Day Massacre of 1572 to remind his readers how much religious fanaticism had cost in terms of human life and social disorder. The memory of the Gunpowder Plot, an attempt by some English Catholic nobles to blow up the king and parliament in 1605, cast a long shadow over the seventeenth century and made anti-Catholicism a patriotic cause in England. While the reforms sparked by the Reformers were good, Bacon lived at a time when people were growing weary of continuing bloodshed and strife over religious questions. They would grow wearier still as the apocalyptic Thirty Years War erupted in the German states in 1618. England descended into civil war fifteen years after Bacon’s death in part because Charles I failed to appreciate how much his subjects opposed the curtailment of their prerogatives in governance and religion.

Bacon attacked those who claimed that God endorsed their violent acts in the name of religion. It was great blasphemy when the devil said, I will ascend and be like the highest, but it is greater blasphemy to personate God, and bring him in saying, I will descend and be like the prince of darkness; and what is it better, to make the cause of religion descend to the cruel and execrable actions of murdering princes, butchery of people, and subversion of states and governments? Surely this is to bring down the Holy Ghost, instead of the likeness of a dove, in the shape of a vulture or raven; and the set out of the bark of a Christian church a flag of a bark of pirates and assassins; therefore it is most necessary that the church by doctrine and decree, princes by their sword, and all learnings, both Christian and moral, as by their Mercury rod, do damn and send to hell forever those facts and opinions tending to the support of the same, as hath already in good part been done.[ix]

Bacon’s praise for Elizabeth’s religious toleration in The Felicity of Queen Elizabeth and Her Times obscured the extent to which she prosecuted English Separatists and Catholics in the latter years of her reign. While Bacon acknowledged these cases, he portrays them as justified for the sake of preserving unity and social order.[x] Bacon’s desire to preserve religious unity and his concerns about religious fanaticism stood in tension because the two positions raised the pressing question regarding who gets to decide the definition of fanaticism. He favored a wide latitude for religious orthodoxy within the church. Some of his comments regarding toleration of religious differences were forward thinking probably beyond his own ability to see their ultimate implications. He wrote, “Concerning the means of procuring unity, men must beware that, in the procuring or muniting of religious unity, they do not dissolve and deface the laws of charity and of human society.”[xi]

[ix] Ibid, Italics in the original.

[x] Francis Bacon, The Felicity of Queen Elizabeth and Her Times With Other Things, (London, UK: Thomas Newcomb, 1651). Copy held by the British Library. Images courtesy of EEBO.