Who’s Afraid of the Enlightenment? 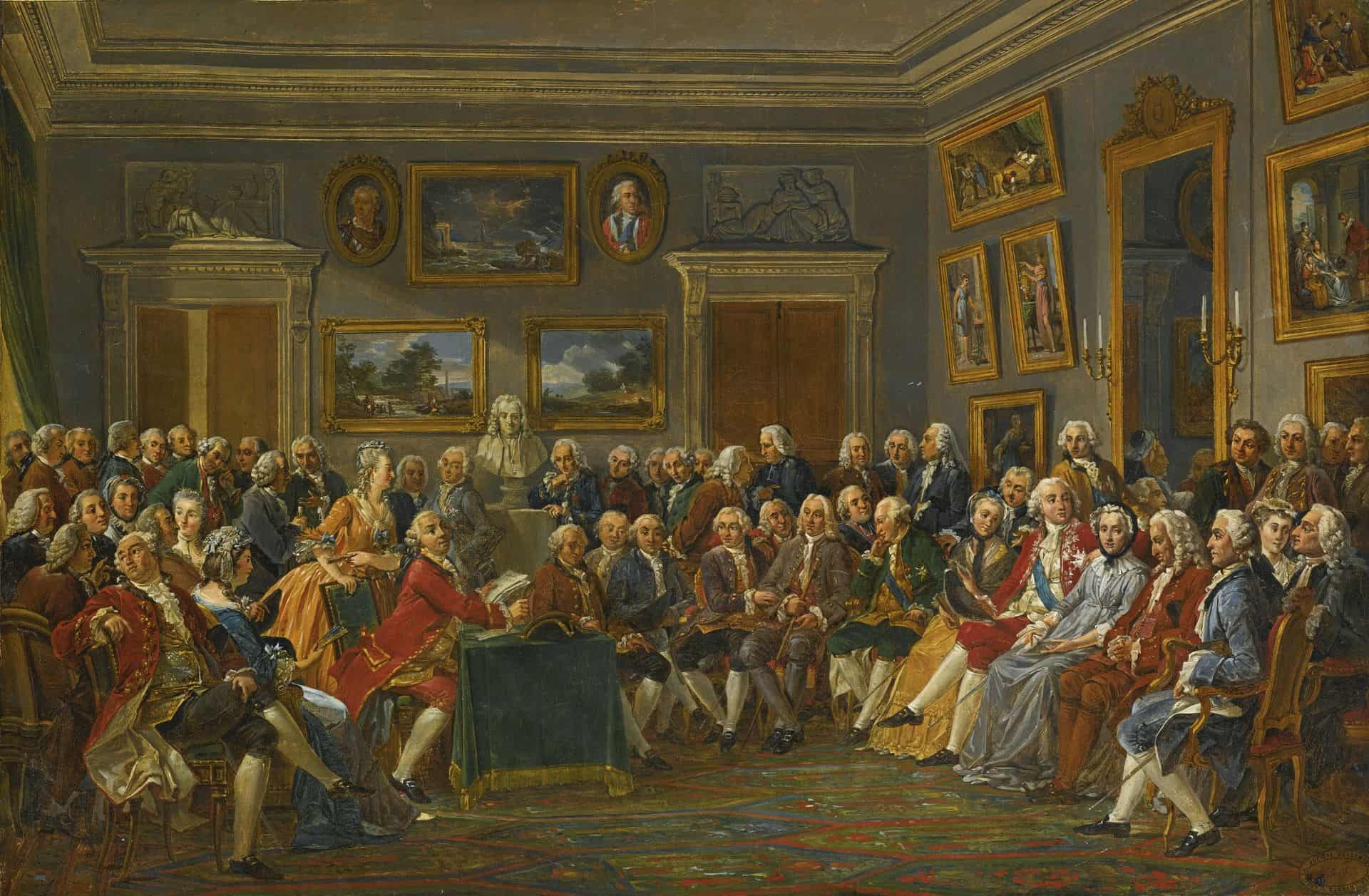 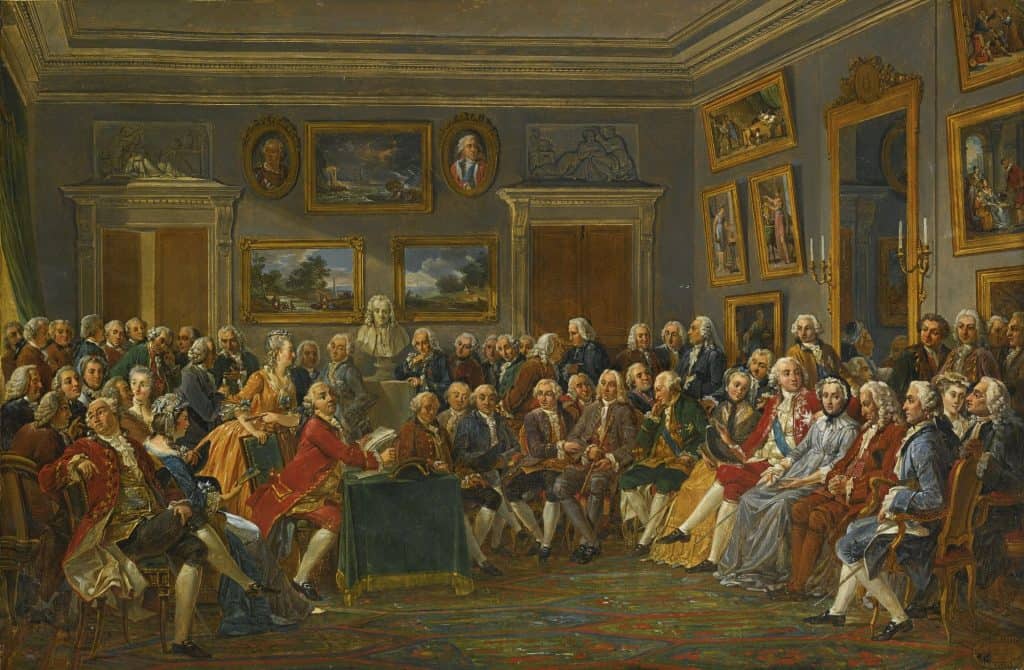 “Nature and Nature’s laws lay hid in night: God said, Let Newton be! And all was light.” Alexander Pope’s epitaph for the renowned English philosopher and mathematician did not make it to his tomb in Westminster Abbey. Maybe the powers that be considered it too grandiose a claim that any mere human could illuminate all things. Whatever their reasons for leaving it off the tomb, Pope’s admiration for Sir Isaac Newton was shared by many in his day. The French philosopher Voltaire showered praise on Newton, Francis Bacon, John Locke, and early eighteenth-century English culture in general in his Philosophical or English Letters. Thomas Jefferson wrote to his friend, the nonconformist minister Richard Price, that he considered Francis Bacon, John Locke, and Isaac Newton “the three greatest men that have ever lived, without any exception, and as having laid the foundation of those superstructures which have been raised in the Physical & Moral sciences.” Jefferson, we know. Newton, we’ve probably heard about in school as the “gravity guy” or have a hazy memory about a mythical apple. John Locke inspired Thomas Jefferson, which makes him worth knowing in our estimation, and Francis Bacon gets remembered mainly for his aphorisms rather than for his extensive treatises on education, inductive method, and philosophy. Voltaire, however, a wit both famous and infamous in his day, barely registers with most contemporary people. Of all his popular works, only the philosophical tale Candide (1759) gets read by anyone anymore. Enlightenment thinkers of all varieties helped lay the foundations of our world in ways we fail to recognize because they are so pervasive in our culture and so reflexive to our ways of thinking. Even in our postmodern rebellion, we are trying to get past a construct called “modernity” which owes quite a bit to the thought embodied by these men and many other significant men and women whose thought framed the sixteenth through the eighteenth centuries.

Christians have played a part in our collective forgetting of these figures for understandable, though not excusable, reasons. First, the “Age of Reason” and its promoters did make grandiose claims for the utility of reason that sometimes seemed to soar high above the intended station of human beings. Ronald Wells’ History Through the Eyes of Faith, long a compliment to the general text in Christian college western and world civilization courses, tackles head-on the concern that Enlightenment ideals tempted some to absolutize reason as the infallible key to knowledge. Christians trusting in divine revelation naturally balked and still balk at the notion of reason unlocking the key to every problem. Postmodern critiques are effective because all of us soon discover that reason, while it can solve many problems, cannot solve every problem. It can tell us what happened in history with strong probability given sufficient evidence, but sometimes we are limited by our sources and the lingering mysteries of human experiences that reason cannot penetrate. Reason can enable a doctor to explain how a tear duct operates when we cry, yet reason falls short in explaining to us the complete sources of the emotions that cause that tear to fall. Wells provides a helpful distinction in his text between the celebration of reason and the deification of rationalism. Both tendencies were present in the seventeenth and eighteenth centuries, but Christians have to be careful of accepting the fallacy that all proponents of reason were pushing things too far. Upon a closer reading of their texts, Enlightenment thinkers themselves do not, in reality, fit the mechanistic stereotypes we often cast on them. They are far more emotive and open to the importance of complementing rationalism with passion and intuition than we give them credit for achieving. Much like Renaissance authors portrayed the Medieval period as a completely dark age to bolster the image of their own times, we have often bought into postmodern caricatures of who these people were rather than engaging with them on their own terms.

Second, the publication that gave this era its nickname, Thomas Paine’s Age of Reason (1793, 1794) illustrates that this age could be a skeptical age. Paine and Voltaire presented prime examples of a religio-philosophical movement known as “Deism” which captivated many educated people during this period. Deism grew as a theistic view that retained the Creator God and a divinely constructed order while dispensing with supernatural elements such as the inspiration of scripture, miracles, providence, and, most disturbingly for orthodox Christians, the deity of Christ. Christians are not wrong in acknowledging the challenges posed by some Enlightenment tendencies for faith. Once rationalism was applied to metaphysical questions, the limits and difficulties of our sources were revealed. Higher Critical scholarship, which gave us many new tools to study the Bible, also raised troubling questions that are still difficult to weigh. The language of Enlightenment Deism was subtle to the point that even today it is difficult to tell if a person referring to God in an eighteenth-century treatise or letter was referring to the triune God of Christian orthodoxy or “Nature’s God,” a more amorphous understanding of the divine being who ordered the universe.

Despite these difficulties, I believe it is high time for Christians to rediscover these thinkers as I have been over the last few years. I encourage you to read them partially because they are worth the read and you will be enriched, maybe even enlightened, for it. Even those like Voltaire who did not write in English are readily available through excellent English translations. The second reason I urge you to check them out is because understanding their times and their thought patterns is crucial to understanding the philosophies that shaped in practical ways the western societies we inhabit today.

It is fair to criticize the hypocrisies of men like Thomas Jefferson and to ask why one should bother to read Notes on the State of Virginia (1785). What does a bunch of slave owners have to teach us about freedom and self-determination today, no matter how lofty their ideas? How do the ideas of a bunch of white men relate to someone’s experience as a person of color in contemporary America? I think the phenomenal success of Lin-Manuel Miranda’s musical Hamilton provides a fantastic response to this question. These ideas must be understood first in their historical, social, and even racial contexts, but they are not bound by them. There is no doubt these people’s ideals reached higher than their own capacities. But that is what ideals are. They go beyond the capabilities and possibilities of the present to envision a nobler future. One of my favorite historical patterns to walk through with students every year remains the story of how champions of civil rights and anti-imperialism seized these very ideas advanced by slaveholders to argue for their own freedom and self-determination. Mohandas Gandhi wedded his native Hindu tradition with the Lockean principles of toleration he learned at university to shake India free from British dominion. Martin Luther King Jr. infused his civil rights activism with quotes from the United States Constitution and the Gettysburg address as well as the social justice traditions of progressive Christianity. People around the world, women and men, eventually said, “These notions of freedom, toleration, and human rights that you preach are fantastic. Now it’s time to apply them to us.” The struggle to realize that goal continues.

James Madison’s Memorial and Remonstrance (1785) reminds us of the challenges to their faith that some early Americans experienced and why we have a principle of religious liberty enshrined in our First Amendment, drafted by the same author. Voltaire’s critiques of the Roman Catholic Church of his day highlight the dangers of too closely identifying a religious entity with the state. He will also prompt some quiet chuckles and maybe roaring laughter as you read his irreverent proto-SNL digs at the authorities. Francis Bacon’s admonitions to carefully build intellectual castles from the ground up are also framed by sober reflections on religion and his view of its role in shaping both individual human lives and societies. Newton had a weird obsession with the book of Revelation and applied his mathematical talents to unraveling its mysteries in several treatises.

I fear that we are in danger of forgetting the positive legacies of the Enlightenment out of fear that its negative aspects will overwhelm us. Postmodernity has become trendy in some Christian circles and the reading of postmodern philosophers a barometer of how cool one is. I believe postmodernity has its place and postmodern philosophy can be valuable to study. Modernity needed the humbling critique of postmodernity. But postmodernity needs the steadying foundation of engagement with real things that modernity can provide. Either run to extremes can prove damaging to essential elements of Christian faith and life. The appalling quotes we hear on a daily basis from people who have no point of reference for why real democracy or true religious liberty matters is indicative of a people who have lost contact with their past and its lessons. Or, rather, they have bought into a mythical shade of the past that has them sloganeering about concepts the reality and nuances of which they little understand or care to comprehend.

It is time that we actually read James Madison again or the seventeenth-century scholar Pierre Bayle if you seek reflections on religious toleration from a Reformed perspective. Time for those tired of white men of the Enlightenment to check out Margaret Cavendish or to read Mary Wollstonecraft’s A Vindication of the Rights of Women. You can read the poems of Phyllis Wheatley to see a woman of color using her talents to overcome the racial and social bonds of her age. Use your quarantine reading time to reconnect with these thinkers and their worlds. James K. A. Smith asked the question Who is Afraid of Postmodernity? My question today is similar. Who is afraid of the Enlightenment? And why should we be if we are confident that all truth is God’s truth?