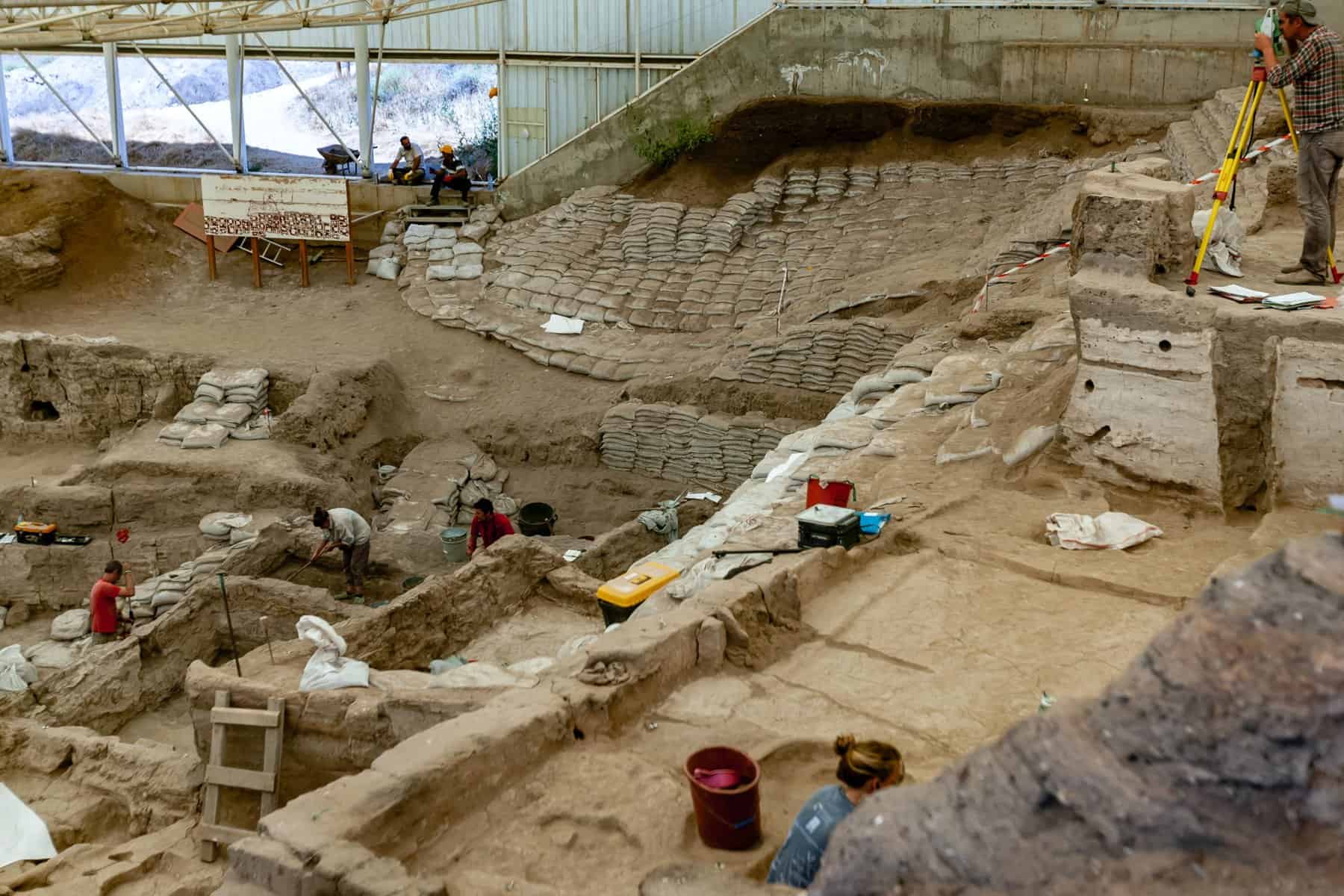 One of the first known ancient depictions of Jael and Deborah, two Biblical heroines, has been uncovered at the Huqoq dig site in Israel by a group from the University of North Carolina at Chapel Hill.

The earliest known depiction of biblical heroines Jael and Deborah was discovered at an ancient synagogue in Israel, the University of North Carolina at Chapel Hill announced last week. A rendering of one figure driving a stake through the head of a military general was the initial clue that led the team to identify the figures, according to project director Jodi Magness.

“This is extremely rare,” Magness, an archaeologist and religion professor at UNC-Chapel Hill,  told Religion News Service. “I don’t know of any other ancient depictions of these heroines.”

The nearly 1,600-year-old mosaics were uncovered by a team of students and specialists as part of The Huqoq Excavation Project, which resumed its 10th season of excavations this summer at a synagogue in the ancient Jewish village of Huqoq in Lower Galilee. Mosaics were first discovered at the site in 2012, and Magness said the synagogue, which dates to the late fourth or early fifth century, is “unusually large and richly decorated.” In addition to its extensive, relatively well-preserved mosaics, the site is adorned with wall paintings and carved architecture.

This find is important not just for archealogical purposes, but also for the larger understanding of Jewish beliefs and mindsets throughout history.

“The value of our discoveries, the value of archaeology, is that it helps fill in the gaps in our information about, in this case, Jews and Judaism in this particular period,” explained Magness. “It shows that there was a very rich and diverse range of views among Jews.”

Magness said rabbinic literature doesn’t include descriptions about figure decoration in synagogues — so the world would never know about these visual embellishments without archaeology.

“Judaism was dynamic through late antiquity. Never was Judaism monolithic,” said Magness. “There’s always been a wide range of Jewish practices, and I think that’s partly what we see.”