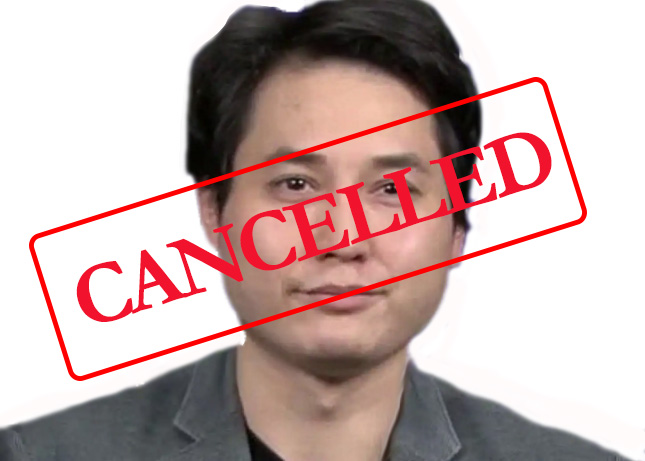 A Christian conference that says it seeks to “expose and equip our participants to multiple views of relevant topics in culture” has disinvited controversial author Andy Ngo after he was initially booked for the conference.

Ngo, whose credibility as a journalist has been questioned in the past, told Fox News that the Qideas conference had sent him a brief letter telling him he was no longer invited.

“I was looking forward to speaking to the conference about the threat to liberal democracy and free expression from far-left extremists who seek to normalize political violence,” Ngo told Fox News in a statement Tuesday.

“I’m not Christian, but I admire Christianity’s theological pillars of grace and forgiveness… Unfortunately, the organizers ultimately decided that their attendees should not hear my message.”

Fox reported that hip-hop artist Jason “Propaganda” Petty had spoken with Qideas organizers about Ngo’s appearance. Petty is a Ngo critic, and has called him “trash.”

In a tweeted statement, Petty said: “I love Q and Axiom. I see them as really of the last reasonable voices in evangelicalism. i [sic] would hate to see them hoodwinked by this guy who for all intents and purposes is a con- artist [sic]. A healthy culture needs to hear a varity [sic] of ideas, however this dude is, in my opinion trolling the right wing of our country then hitting them in their wallets. Their [sic] are plenty of strong reputable conservative voices that would be a way better choice. So I’m glad they did the right thing.”

Qideas later published a statement saying that, despite whatever reporting had been done, Ngo had been disinvited because they were not able to find a counterbalancing speaker to him, not because of his ideology on its face.

Every year during our Culture Summit, we have about 40 different speakers presenting on an array of topics, perspectives and opinions. Our goal is to expose and equip our participants to multiple views of relevant topics in culture—even when it may challenge or offend us. As our Qideas.org/CultureSummit website states, “no topic is off limits.”

We often hear from a spectrum of leaders in our community with their insight or concerns about certain topics or speakers. Both positive and negative reactions are expected when we fulfill our mission of convening difficult conversations and trying to help leaders think well in a polarized culture. There are few places where this is possible anymore which is why we believe we need this time and space now more than ever.

Our decision to not move forward with the conversation we had planned for Unmasked author, Andy Ngo, was made by our team using the same process we’ve implemented dozens of times over the years. We were not successful in booking an acceptable alternative voice that would present the other side of the conversation—specifically, detailing the tactics and motivations of the alt-right.

Based on that factor, we decided we could not host a well-balanced conversation on this topic at this time.

We respectfully communicated this programming decision and rationale to Mr. Ngo. Any other assertion is simply untrue.