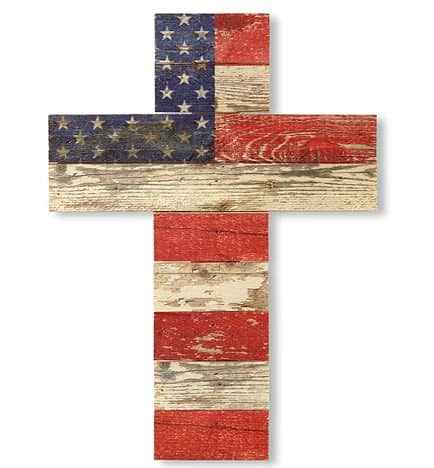 Even among American conservatives, many people have a low opinion of Christian nationalism, although this view is not universal. Disagreement over the term has divided some on the political right.

As the political campaigns ahead of the midterm election have heated up, so has debate about the new political phrase. For evangelicals, the 2022 election has become, in part, a contest over what Christian nationalism is—whether just a slur used against conservative Christians voting their values or something new and malevolent.

Some Republican candidates are claiming the name, a best-selling book on Amazon argues that all real Christians are Christian nationalists, and a growing number of professional and amateur political commentators are using it to explain American politics right now. But there’s still a dispute about who counts as a Christian nationalist and what the term really means.

“I would say there are nine different definitions, from the people I’ve talked to,” Campbell told CT.

A Pew Research Center poll released last week confirms that the term is slippery. Not everyone is using it the same way.

Pew found that 45 percent of Americans think that that US should be a Christian nation. This includes 81 percent of self-identified white evangelicals, the same percentage that reported they voted for Donald Trump in 2016.

But only about 6 percent of those who want the US to be a Christian nation think that the government should be run exclusively by believers. Less than 1 percent say they want the state to give special privileges to Christians.