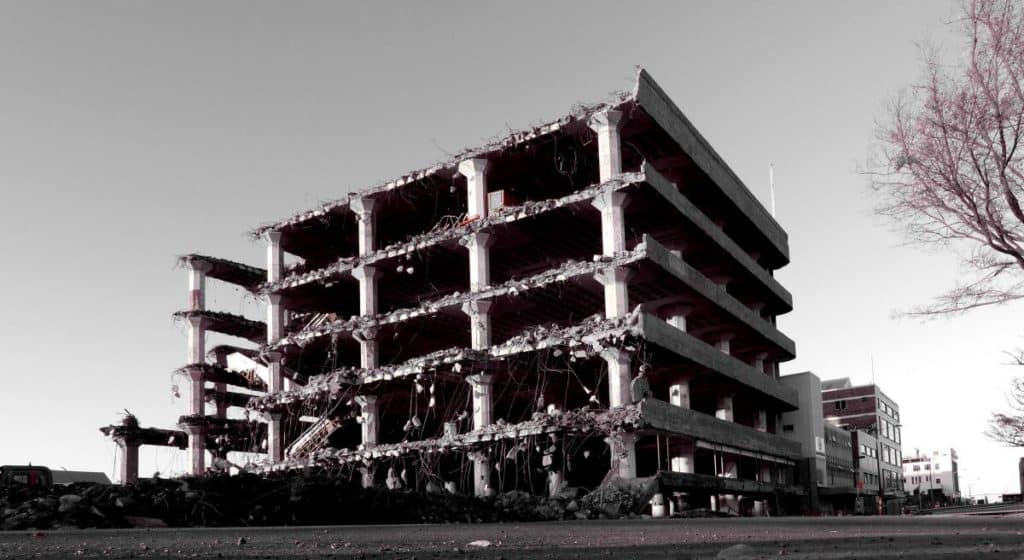 Deconstruction is all the rage. It seems we are constantly bombarded with news of evangelical celebrities who have deconstructed their faith. Often, this leads, eventually, to news of the celebrity leaving the faith.

Deconstruction is a philosophical term that gets used very imprecisely in these conversations. So, let me define how I am using it in this context and how I believe most people are using it when they talk about deconstructing their faith. Among evangelical and fundamentalist Christians, there is often talk about “the faith that was once for all delivered to the saints.” (Jude 1:3) Unfortunately, the reality is that this faith is delivered to us today with 2000 years of cultural accumulation. We see through glass darkly (1 Cor. 13:12) partly because of the limitations of our humanity and partly because we are products of our culture.

The problem for many is that this is a violent act. It is an act that, sometimes leads to a bunch of parts laying on the ground with nothing useful remaining.

I know a lot of Christian leaders are nervous about this deconstruction trend. There is a real danger of people deconstructing and never reconstructing. But, I have to admit I do not share their concern.

A friend of mine once said, “An unexamined faith isn’t a virtue.” I think this friend was correct. There are far too many people for whom Christianity is more their culture than their faith. If Christianity is a person’s culture and not their faith, deconstruction will reveal that. I believe that a lot of the problems we see in the Church today are because many, many people claim a faith they don’t hold. They like their culture.  But in reality, Jesus was counter-cultural. He was counter-cultural to the religious culture that was rooted in scripture. Part of what Jesus did when He was on earth was to help the Jews deconstruct their faith. He showed them that their religious culture of rule-keeping wasn’t in line with God’s heart. He wanted their love and for them to love others.

This quote by Simone Weil is terrific, “For it seems to me certain…that one can never wrestle enough with God if one does so out of a pure regard for the truth. Christ likes us to prefer the truth to him because, before being Christ, he is truth. Even if one turns aside from him to go toward the truth, one will not go far before falling into his arms.”

Is There Even Faith Without Deconstruction?

Honestly, I might question if there is even true faith without deconstruction. Is it possible for us to have true faith if we don’t look behind the curtain of our culture to see if that culture aligns with God? There is a very real danger of us being more committed to our culture than our God.

I know plenty of people who are at church every Sunday, or more, and who loudly proclaim their Christianity. But, the marker of our faith should be our love, and too often these individuals demonstrate very little evidence of love. Maybe if these folks deconstructed their faith they would find that they enjoy the exclusivity or the moral high ground much more than the God they inadequately claim to represent.

But isn’t deconstruction dangerous? After all, we see all these celebrities who reject their faith after they examine it. Isn’t it better to just put our head down and not deconstruct? After all, the walls that define our faith traditions have been intact for so long.

Yes, there is a danger. However, I don’t see how we can claim to follow Christ who is Truth if we don’t pursue truth. Further, when Martin Luther deconstructed (that is certainly one way to describe what he went through), it led him to great spiritual insight. C.S. Lewis’s characters often proclaimed that “Aslan is not a tame lion.” Our faith is not tame either. There is danger in it. It is dangerous to strive to love others.

Not all reconstruction is equal. I know people who have decided they didn’t believe but that wasn’t acceptable in their culture so they went through a process of deconstruction so that they could justify their decision. I also know people who truly sought after God but had a hard time reconciling their culture with the God they found in scripture and their life. They deconstructed and found a deeper, healthier faith.

My Discomfort with Deconstruction

Despite all the support for deconstruction I’ve laid out so far, I still have some discomfort with it. I recently joined a Facebook group where there is a lot of discussion about people’s deconstruction experiences.

For me, I don’t really feel comfortable with the word deconstruction for my experience. I’ve always questioned and that has always made people uncomfortable. About 10 years ago, I began to reorient a little more vigorously. I relate to the Bible story found in John chapter 6. After Jesus fed the 5000, He crossed the sea and the people followed Him. Jesus then told the people they had to eat His flesh and drink His blood to be saved. They left. After that, Jesus turned to Peter and asked if he was going to leave too. Peter said, “Lord, to whom shall we go? You have the words of eternal life”.

That is how I have always felt, I never seriously considered leaving the faith (sure there are fleeting doubts) but I have always questioned what I was taught. My hermeneutic has stayed relatively stable and even a bit conservative but it often leads me to very different positions than other evangelicals.

Often, the deconstruction stories I read and hear are rooted in pain. There is something reactive and defensive about them. The trauma, in which these stories are rooted, is real and inexcusable. There is so much spiritual abuse.

But a few years ago, I had an epiphany when speaking to my SBC pastor. He was preaching on the Book of Revelation. During the sermon, he claimed that bronze was a symbol of judgment. I thought about the brazen serpent Moses fashioned and the bronze altar in the Tabernacle. These were tools that God used to show his grace and to lead to reconciliation.

After the service, I spoke with the pastor about this. As we discussed, I suddenly realized that he was viewing the entirety of scripture through a lens of judgment while I was viewing it through a lens of grace. To him, the altar and the brazen serpent were tools of God’s righteous judgment. To me, these were signs of His prodigal grace.

He and I read the same scriptures. We even had similar hermeneutics. But, we had a base understanding of the story, a foundational assumption that was in complete conflict. Now, I would certainly argue that rooting our understanding of scripture in grace rather than judgment is more consistent with the narrative, but my point is that where our perspective is rooted deeply affects our ultimate positions.

I’m an artist. Artists create. Really all people create but artists are especially known for it. Our creativity is rooted in the image of God, the Imago Dei. It is a reflection of our Creator God.

Sometimes destruction can be a part of a creative act. However, I think the reason I struggle with the phrase deconstruction is that it focuses solely on the destructive act. One can deconstruct without reconstructing. Sometimes, it is more honest to deconstruct without reconstructing and I believe honesty is a good thing. But for me, my faith is a given. It is there. It is foundational and irreducible. The expressions of that faith- the cultural habits, assumptions, and biases- are not.

I realized when others in that Facebook group were discussing their deconstruction stories that my experience was not rooted in violence or tearing anything down. It was a creative act rooted in the imagination. I never really deconstructed my faith so much as I reimagined it. It probably looks a lot like deconstruction. I asked, and continue to ask, a lot of questions. What if? Is that true? Does it have to mean that? Am I just relying on my assumptions? Did God really say?

I ask questions not because I am seeking to justify my lack of faith. I ask questions because I confess to God, “I believe, help my unbelief.” I ask questions as a creative act, to construct a faith rooted in the truth of God rather than the cultural habits, assumptions, and biases of my evangelical faith tradition.