The Danger of Duck Dynasty 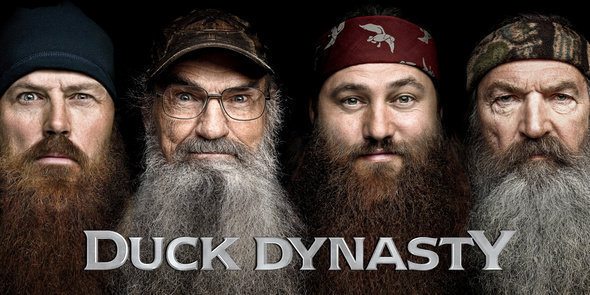 I haven’t said much about the Duck Dynasty trend that has swept through America over the last couple of years. I know many good Christians who enjoy the show and are attracted to the principled approach that the Robertsons take to making the show. But, this morning a Facebook friend sent me the article “‘Duck Dynasty’ Publishes Church Curriculum Based on Show Themes” published by Religion Today. Many people have expressed concern about the influence of celebrity on American evangelicalism. But, in most cases those celebrities we are concerned about are pastors. Here it is a bit different. We now have reality Television Stars teaching in the church which may or may not be bad. But, we have to be cautious and not assume good teaching just because they are celebrities. Phil Robertson was recently in the news because of his course comments about homosexuality and African-Americans. To be fair, it should be pointed out that Phil had no direct input on the curriculum. However, it is hard to imagine that the family patriarch’s approach to faith has no influence on the rest of the family.

I’ve seen evangelical after evangelical hold the Robertson’s up as an example of faith. But, I have a personal experience that has made it very difficult for me to take them seriously. I lived in Louisiana from 2007-2012 and spent most of that time heading the art department at a denominational school in Central Louisiana. While I was there, I took my son to the denomination’s camp for young boys. There were several faculty from the college at that camp with us, including a religion professor who became Associate Dean at the divinity school in Louisiana and is now Dean at a large institution; a history professor who holds an M.Div. and had been a pastor for a while; and a career missionary who was teaching missions at the college while on sabbatical. The special speaker that weekend was the Duck Commander, Phil Robertson. This was before Duck Dynasty and he was just a regional celebrity at that point. Robertson’s talk consisted of disjointed story after disjointed story. They were individually entertaining but did not make a coherent whole. But, the important point here isn’t about style. It is about substance. I wish I could remember the details that we found so disturbing at the time, please forgive me it has been about five years and I never expected he would become a national figure. What I do remember is that all of us were so disturbed by his presentation of the gospel that we began distracting our children from his message. I distinctly remember my theologian friend playing hangman with his son so that he would not be able to concentrate on Robertson’s gospel presentation. Even today, that still shocks me. But, what shocks me more is that this voice of incoherence and gospel distortion now has a national voice not just on television but it is leaking into the church.

We need to be wise. Just, because the edited version of the Robertsons is entertaining and has gained them national attention does not mean that they are who we should be looking to for spiritual guidance. In some ways, it reminds me of the spiritual influence that Oprah has. When the fame, not the content, is determining the spiritual influence on our churches there is a problem.