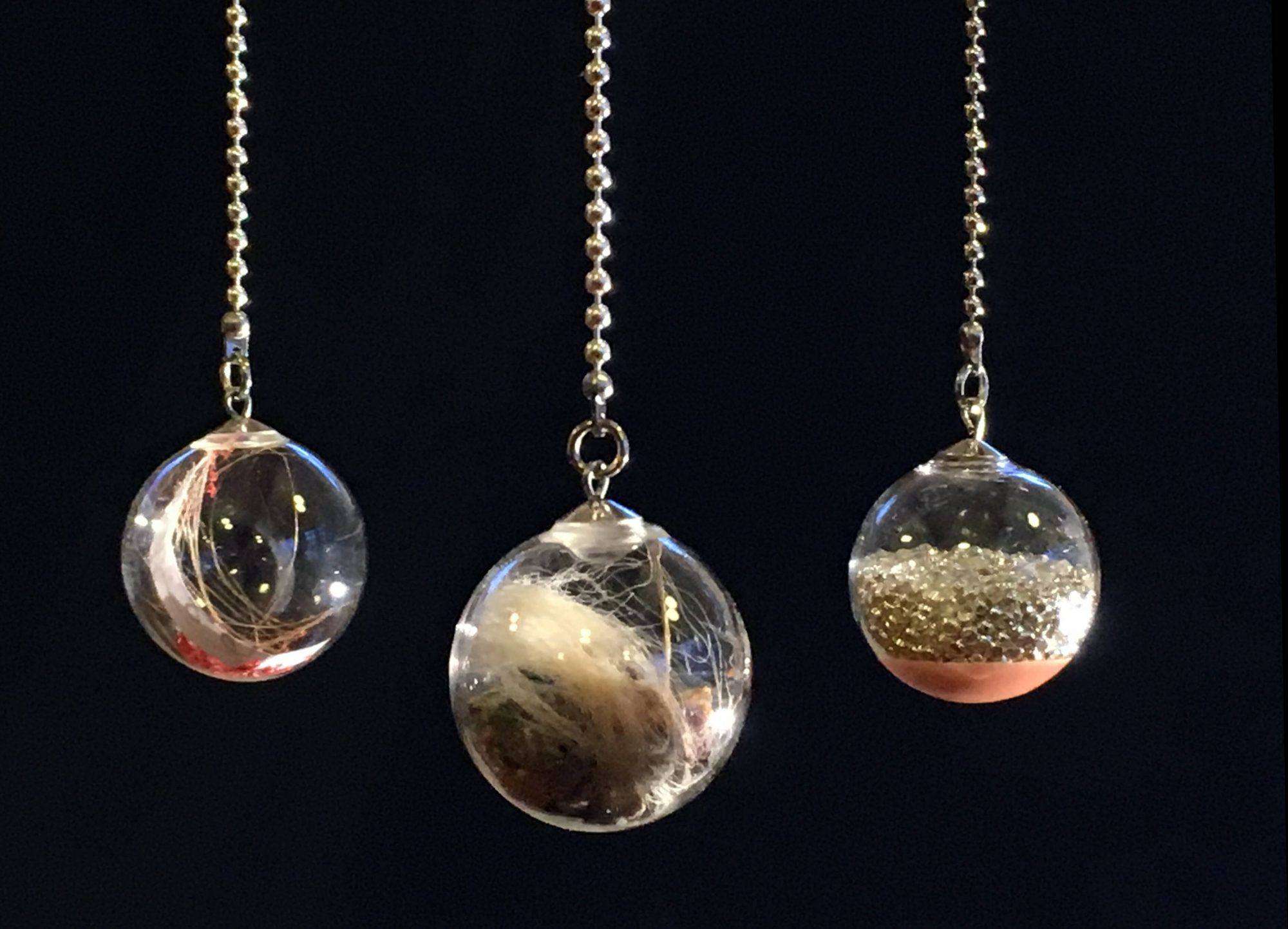 Sexual abuse is a tough subject. I’ve seen friends and family struggle with it over the years. It breaks my heart but my voice isn’t the one to speak to this subject. I’ll leave that to Sarah Jane.

Almost a decade ago, I met Sarah Jane when she was interviewing for a position at the College where I was heading the art department. I was fascinated by her and her work and we have stayed in touch over the years. Currently, she is the Art Program Coordinator at The Grunewald Guild. I often teach at The Guild in the summers so it is fun to be able to see her fairly regularly even if not often.

As I mentioned, I’ve been fascinated by her artwork for a long time. But, last year she started a new project that I feel is really important and I wanted to give some space to here on Faith on View. It is a charged subject which we often have a hard time addressing in our culture. What she is doing, though, I find both conceptually and visually beautiful.

Below Sarah Jane shares about Mere Objects: An Interactive Art Project for Survivors of Sexual Assault. It is a hauntingly beautiful and important project.

It came on a Wednesday morning in late October. I was alone in the car, thinking nothing important when the idea came clear as a spoken voice:

It’s time to make something for the survivors.

I’m not in the habit of hearing holy voices, though I do see a strong link between my faith and my creative work. When Spirit leads to uncharted territory, I’m usually up for the adventure.

And while sexual assault is a new subject in my art, it’s been present for me as a woman my whole adult life. In the nearly fifteen years that have passed since my first rape, I’ve made very little art about those experiences or their brutal aftermath.

Instead, my work has focused on truth, goodness, and beauty. My current artist statement talks of celebration and uniting people across cultural divides. 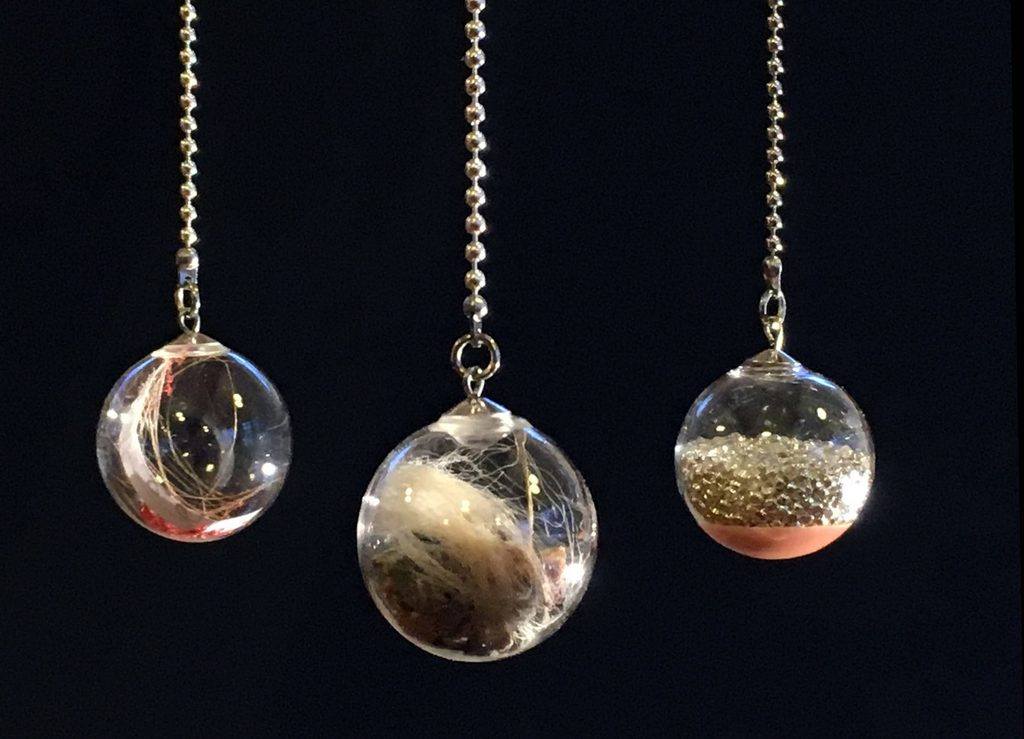 That desire to draw people together led to my first step on this new project, as I put out an online call for survivors of sexual assault or abuse to advise my project. Those brave women and men – a group that eventually numbered about 20 in all – listened to my ideas, reviewed my plans, and gave feedback as the project began to take shape. I owe a great debt of gratitude to their insights, which helped to ensure that the project would be respectful and inclusive to many different survivors.

Just days after our group was formed, we woke to a new American president-elect who openly bragged about committing sexual assault. It was a punch in the gut. I reached out to group members with the words I ached to hear that morning:

I want to reaffirm our shared humanity and dignity, to say that you and I are NOT mere objects, we are NOT “getting uppity” when we demand to be respected as human beings and equals, we are NOT deserving of the violence that has been inflicted upon us, and we will NOT allow ourselves to passively be put in our place. In my worldview, we are the bearers of the image of a living God, and we burn with an inner light that no cruelty or indignity can extinguish.

Let’s burn bright, my friends. The world needs our light.

A few days later, as I was searching for a project title, one of the women recalled my words and suggested Mere Objects. 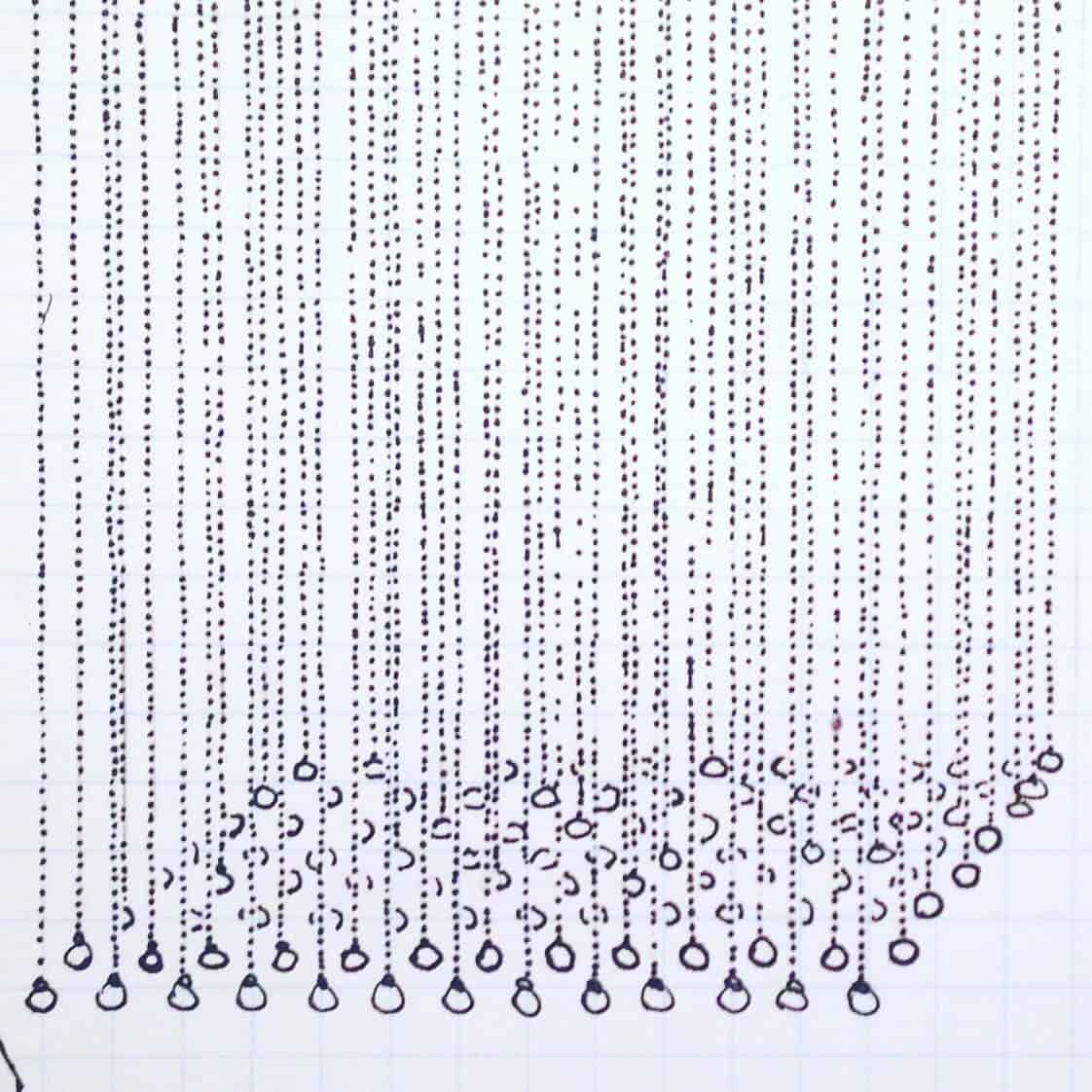 The public face of Mere Objects was launched on November 15, just a week after the election. As a concept, it’s very simple: survivors are invited to send one or more tiny objects to represent themselves. The objects are placed in a small bottle – a portrait of a survivor – and added to the ever-growing collection. The goal is to build a great, glittering mass of bottles: a “cloud of witnesses” testifying that survivors are not alone, that violation does not define us, and that hope and healing are possible.

Using objects chosen by individual survivors allows each portrait to be deeply personal, but also anonymous. It’s never easy to disclose an experience of sexual assault or abuse, and some of us carry that secret our whole lives. I wanted the invisible survivors, especially, to feel that they can safely participate if they wish.

This project is for survivors, obviously, but I hope that it will have an impact on our communities, as well — our families and friends, our schools and workplaces, our churches and civic institutions. These are places where you likely interact with survivors every day, even though you may not know who we are.* Increasing awareness and fostering conversation is an important first step towards more effective efforts to preventing sexual assault and abuse, and providing better support for survivors. 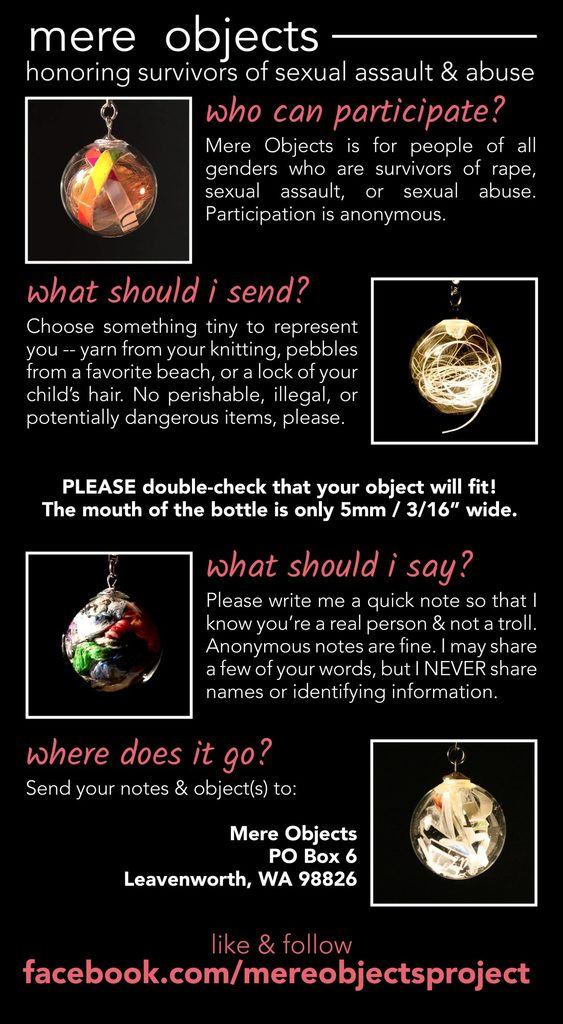 I’ll be honest; this work has brought me face-to-face with more doubts than any other project I’ve ever taken on.

I wonder whether I’m qualified to be doing this at all.
I wonder why a stranger would trust me with such a vulnerable experience.
I wonder if it’s even possible to do justice to this subject.

But I opened myself up, and the stories have come pouring in. In the past two months, people have revealed assault and abuse to me in community meetings, in thrift shops, in the milk aisle at the local Safeway. More than one survivor has told me I am the first person to know that they were assaulted.

The objects have been arriving, too: tiny, curated fragments of people’s lives, accompanied by messages describing what the objects mean and why the person has chosen to participate. Many people have used beautiful stationary or cards to send off their objects, which was a surprise for me. Some survivors have chosen to boldly sign their names while others remain anonymous, but each submission feels deeply personal.

The heartbreaking reality is that no one** can take away the intense violation of sexual assault or abuse, but it is possible to break the secrecy and shame that further harm and isolate survivors. So I’m listening to these stories and opening these letters with love, and reverence, and hope for some kind of transformation.

Sometimes, in both creative practice and spiritual discipline, it’s less about being qualified and more about faithfully showing up. My doubts may or may not subside with time. In the meantime, I’m showing up.

* The Rape, Abuse, & Incest National Network (RAINN) reports that 1 in 6 of all women and 1 in 33 of all men in the United States are survivors of rape or attempted rape. However, is worth noting that disadvantaged groups of people experience significantly higher rates of assault than the general population; for example, a 2010 Justice Department study reports that more than half of Native American women have experienced sexual violence, while a 2000 study by Sullivan & Knutson found that children with intellectual disabilities are 4.0 times as likely to be sexually abused as children without disabilities.

** I know this is a Christian blog and I am supposed to tell you that God heals all wounds, but that glib answer denies the reality that I and so many survivors live with every day. It’s true that many of us find great comfort in our faith, but healing is still a difficult journey and many of us carry the physical and emotional scars for the rest of our lives.

About Sarah Jane and her art: 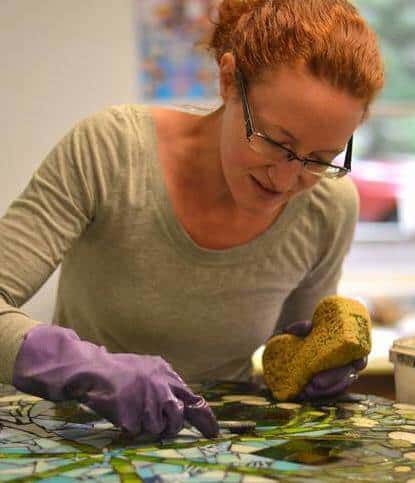 The world around me inspires both intense curiosity and profound reverence. My artistic responses take many forms, from installations and collaborative projects to sculptural projects and mosaics. I am particularly interested in creating artwork that can speak across cultural, religious, or economic differences.

In addition to my own studio practice, I’ve worked as a university professor, arts program coordinator, and gallery director. Two favorite projects from this past year include designing and painting a 96-foot-long mural with elementary students at Beaver Valley School and providing consultation and job training for ceramic artisans in Port-au-Prince, Haiti.

For the past five years, I have lived and worked at the Grünewald Guild, an intentional community in the Cascade Mountains of Washington state.