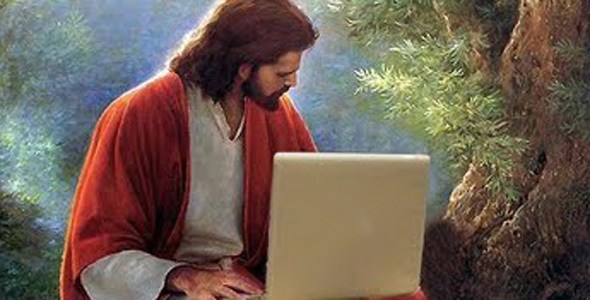 Would Jesus unfriend them on Facebook? What a silly fruitless question… maybe.

Recently, I was challenged on the issue of love. I think this is something that is actually good for us all to go through. It is so easy to get complacent and just assume we are being loving. In the course of the conversation I went back and reviewed an article about love I wrote a couple of years ago called, “Love: The Final Ingredient.” The article is a pretty honest reflection on the challenges of loving especially if we actually look at the Biblical standard and not the standards we set for ourselves.

But, this got me thinking about Facebook. My Facebook wall in particular. My Facebook friends know that I post on all sorts of things art, politics, religion, family, funny nonsense, etc. It is similar to this blog but more rapid fire. I look at so many Facebook walls where they are just sounding chambers of people who agree with each other. That isn’t my wall at all. I have friends who disagree with me religiously who are very comfortable posting. I have quite a few people who disagree with me politically who are comfortable posting, at times they even seem eager. This can lead to a lot of really interesting discussions. The discussions can also be frustrating. But, what I really appreciate about it is that my assumptions are always challenged. I don’t want to live in a sounding chamber where everyone I interact with agrees with me. Disagreement is important.

[pullquote]It became so hard to take anything this person said seriously and I admit to relishing some of the conspiracy theory jokes I was able to add to our conversations.[/pullquote]

One of the great things is that we tend to keep a very civil tone even if we disagree. I said “tend”. It isn’t always the case. I admit that there is one person that I find myself struggling to have patience with and at times I don’t even struggle against my impatience.

This particular person feels very differently than I do politically and can be rather aggressive about it. I’m fine with that. But, at some point I realized that this person really believes in conspiracies. One example is that this person believes Sandy Hook was faked by the government. I have to admit I kind of lost it at that point. It became so hard to take anything this person said seriously and I admit to relishing some of the conspiracy theory jokes I was able to add to our conversations. To make it worse, when we get in these heated discussions I always get messages from people about how out of touch this person is.

I know people who have unfriended this person even after years of knowing each other because they find some of the opinions and how they are expressed so offensive. People have suggested that I also unfriend this person on Facebook. I have to admit the reason I haven’t unfriended this person has more to do with not wanting the person to feel like they won and that I just can’t handle the discussions.

But, is that love? I don’t think so. When I was challenged on the issue of love in a different circumstance, I kept thinking about this situation. The question, “Would Jesus Unfriend Them on Facebook?” is really too simplistic. The real question is, “How do I show love in this situation?” I don’t think I have been but what do I need to change?

To start with I think I need to ditch the fantasy of unfriending them. This pushes the boundary of abuse at times but I don’t think the line has been crossed and the harshest words are for me not others on my wall. If abuse of others or continued abuse of me becomes an issue then things would change. But, just being an aggressive conspiracy theorist isn’t enough even if rude at times.

Then, I need to stop enjoying my jokes at this person’s expense so much. This one is hard for me. I love joking and this person provides plenty of fodder. But, when I mock the person I am not showing love. There are lines. This person cannot advocate that Sandy Hook was faked on my wall. I will shut that down right away. It is too disrespectful and I find it very offensive. But, I shouldn’t mock it when this person thinks everything under the sun is communism and is dismissive of actually looking at the definition. I’ll argue…but I should do it in love, not mocking.

I guess to answer my original question…if Jesus was sitting in the 21st Century on his laptop and active on Facebook (what a bizarre thought) he wouldn’t unfriend this person. He would love them. Therefore, that is what I need to seek to do. There is no doubt it will be imperfect. But, that needs to be my aim and my desire. “He who loveth not knoweth not God; for God is love.” 1 John 4:8