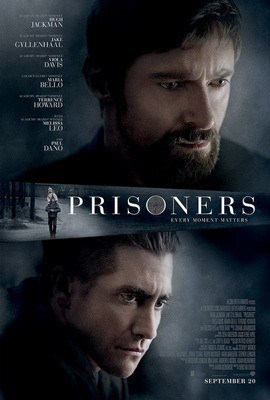 I’ve never been a huge movie guy. I enjoy them like everyone else but I wouldn’t consider myself a serious critic. Mostly, I see action films, with a real soft spot for Sci-Fi, and kids’ movies- the curse, and blessing of having five children. But, when I was developing my schedule for this semester I thought since my area is art and religion I should also become more familiar with popular arts such as cinema. So, I signed up for a class that my advisor teaches about the history of Christianity & Film. Well, I thought I did. On the first day of class, I realized that I had actually signed up for a different film class of his…and I’m glad I did. I am really looking forward to The “Cinematic Salon”: Theological Reflections on Contemporary Cinema. Each week in this course we will watch a movie that is currently in the theatre and return to discuss the movie from a theological and philosophical perspective. In some cases, I imagine this will present various challenges. But, I think it is an interesting and important exercise. It occurred to me as I was preparing for class that this would be an interesting blogging project. So, each week as we see and discuss a film I will blog about it. Maybe this will turn into an excuse for me, after this class, to actually go and see more movies than I usually do. We’ll see.

To start the class off on the right note, the professor selected Prisoners (2013) for us to watch during the first class meeting and to discuss the following week. This is the only film we will watch in class. All others will be ones that are currently in theatres.

My wife and I had seen trailers for Prisoners when we saw a different movie last fall. Our immediate reaction was that we were not going to see the film. The trailer clearly indicated that the film would have a dark tone and the premise was about the actions that the lead character would take after his young daughter was kidnapped. We both shuddered at the thought. We have two young daughters (5 & 8) and while we, thankfully, have never had a child abducted we have lost a child at the State Fair. The 30 minutes of panic until we found him will stay with me forever. I cannot even fathom the pain that would accompany having a child kidnapped. So, we passed on seeing this movie.

Needless to say, I was a little apprehensive when I found out I would be required to watch this film. But that said, as harsh and violent and disturbing as the movie was it was in some ways very profound.

The movie tracks the actions of Keller Dover (Hugh Jackman) and Detective David Loki (Jake Gyllenhaal) after the abduction of Keller’s and a friend’s daughters on Thanksgiving. In many ways, I think the movie presents an accurate feeling of the panic and desperation that a parent would feel. The dramatic turn comes when a mentally handicapped man, Alex Jones (Paul Dano), who was arrested because he was suspected of the kidnapping, was released by the police because they had no proof. Keller when finding out about the release attacks Alex in the parking lot demanding to know where his daughter is. During the confrontation, Alex whispers to Keller,  “They didn’t cry until I left them.” Of course, no one else heard and the police did not believe Keller.

At this point, Keller is at a loss. That night he parks outside Alex’s house. When Alex takes a dog for a walk Keller sees Alex lift the dog up from the ground by its leash and watch it dangle by the neck. Alex then lowers the dog and as he walks the dog begins to sing the same song Keller’s daughter had been signing the day she was abducted. Keller loses it and abducts Alex. The majority of the film revolves around the torture of Alex as Keller tries to find out where his daughter is and the investigation of Detective Loki and the actions of the families while this is happening. While some are bothered by the disjointed feel that the film has along with the flatness of most characters beyond Keller, I actually find both of those elements help drive home the panic and single-minded obsession of Keller.

What most interests me in the film though is the subtle theme of redemption. The movie is quite heavy with religious symbolism and motifs to the point that it is bothersome to some. But, I believe this symbolism effectively points to a subtler religious theme.

The film opens with a voice-over of the Our Father (Lord’s prayer) being said while Keller is deer hunting with his son. The reliance on God in the prayer, “give us this day our daily bread,” is soon contrasted with Keller.s admonition to his son that he has to be able to take care of himself and not rely on others. As the movie progresses, we learn that Keller is a survivalist with a fully stocked basement. In fact, their Thanksgiving dinner is not a turkey but the deer that Keller and his son killed. Despite the subtle hints of Keller’s faith, Keller is a man who believes in relying on no one but himself. Similarly, the film is filled with self-reliant individuals. Detective Loki is first seen eating “Thanksgiving diner” alone in a Chinese restaurant. Despite his success as a detective he works completely alone and goes into situations where a partner would typically be required. The drunkard pedophile priest is found to have killed a man who in confession admitted to murdering 16 children and promised that he would kill more in his “war on God.” We later learn that this man who had been killed was a former street preacher who turned on God when his own son died. Holly Jones (Melissa Leo) the aunt of Alex, turns out to be the wife of the street preacher who has continued to carry out this war on God in the absence of her husband. Keller’s wife Grace (Maria Bello) self-medicated after her daughter is taken and spends most of the movie dulled by sleeping pills. Each of these characters in their own way is seeking to go it alone to be self-reliant, and autonomous.

Keller, however, is the crux of the narrative. He lives out the advice given to his son in the beginning when he refuses to rely on the police and the judicial system. He takes Alex and tries through his own means to force Alex to tell him where his daughter is. Most of the movie is caught up in the moral tension between the instinct we all have to protect our children and the horrible things Keller does to Alex. We are forced to question where we would draw the line. But in the end, I think that moral drama is not the greatest drama in the film. No matter what line is drawn, it is a reflection of our autonomous choice. However, I think the real tension can be found in the very last scene of the movie.

At the end of the movie, Keller figures out that Alex’s Aunt Holly was holding his daughter. He heads to her house alone to get his child back. But, he ends up being shot in the leg and thrown bleeding into the pit (hidden under her husband’s car) that Holly had used to hide the girls in initially. Detective Loki at the same time find’s the abused Alex where Keller had hidden him and goes to Holly’s house to notify her. There is no answer at the door. But, Loki notices movement inside. He enters alone and finds Holly accelerating her timeline due to Keller’s visit and injecting the child with poison. Shots are exchanged. Holly is killed and Detective Loki gets the girl to the hospital in time to save her life. In the end, the child is saved because the actions of the two main characters who each sought to work on their own providentially worked together so that the child would live. But still, at this point, there is no sign of Keller. It is assumed by Detective Loki that Keller fled because of what he had done to Alex. In the last scene, Loki is at Holly’s house as the CSI crews are finishing for the day. He hears a faint whistle. The audience knows it to be Keller using a child’s whistle that was in the pit. Loki looks around unsure of the sound and the movie ends. Despite their self-reliance, the case was only solved due to the actions of more than one individual. But more importantly, Keller would only live (if he lives that question is left unresolved) through the actions of another. His salvation will not come from his own hands but through the hands of another.

Keller’s fate, like each of our own fates, is left unanswered. We are interconnected. In life, our fate is not fully our own. But ultimately, we, like Keller, cannot save ourselves.