The Son of God: Is the message clear? 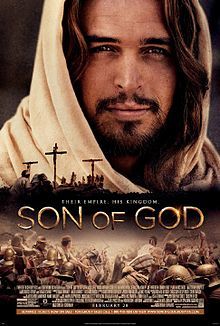 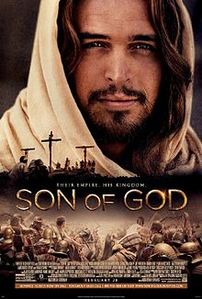 Turning scripture into a movie is always hard. If you change things too much, people get upset and if you don’t change anything it feels wooden. There really is no way to make people happy.

Cinematically, it is clear that those who produced and directed Son of God came from a TV background. Certainly, that is clear since most of the scenes were actually taken from the Mini-Series The Bible but even if one did not know that it was clear. As I watched the movie the first time I felt like I was watching a well-produced TV movie on a 40 foot screen. That really is exactly what I was doing. The problem is that there is a difference in production for a big-screen film and a TV movie. Son of God isn’t a bad film it just feels a little out-of-place in a theater.

I know that some people are very bothered by how the Biblical stories in the movie are rearranged and spliced together. Sometimes the wrong person says something. Honestly, that doesn’t bother me too much. It is important to make some changes when adapting a written story to the media of film. What is important is that the narrative of the story remains consistent. Son of God did struggle in that respect. The first hour tried to tie together multiple Biblical stories but it felt like so much was thrown together without a real sense of why. That said, at least the dialogue seemed more natural than it often does in Jesus movies. That is until the cross. For some reason, the director felt that Jesus has to say all the sayings from the cross in a very short span of time. It was very awkward at an inopportune time. Just before the sayings on the cross, I had been thinking how the cross, and the entire passion sequence, is tremendously powerful even if it is not done terribly well. Then the rapid-fire statements interrupted the power. However, the one thing that I found most distracting in the entire film was that Roma Downey who played Mary has clearly had plastic surgery. She has a clear nose job and Botox in her lips. Worse she spent most of her time in the film crying which only highlighted the parts of her face that couldn’t have been in the first century. I know that is a little petty but it was so distracting.

The biggest concern with Son of God though has to do with the message. Mark Burnett, the producer, has said that the movie would make Jesus’ message clear and that those who watched it would know what he was all about. I don’t think that is the case. In the beginning of the movie, Jesus tells Peter that they are going to change the world and later Peter tells the other disciples that the message must be taken to Jerusalem. But, it is never really clear what that message is. There is almost no mention of sin in the film and no real understanding of why Christ must die. Normally, that wouldn’t bother me because I don’t think that movies preach well. But, if that is the goal of the film I don’t think it is clear.

The thumbs-up may be a surprise. This isn’t a great movie. But, there are some ways that the movie is moving despite itself. The story of Christ is profoundly powerful. The second time I saw the movie I was more able to just sit back and enjoy it for what it was.