Shrinking Congregations: What will happen to the empty buildings? 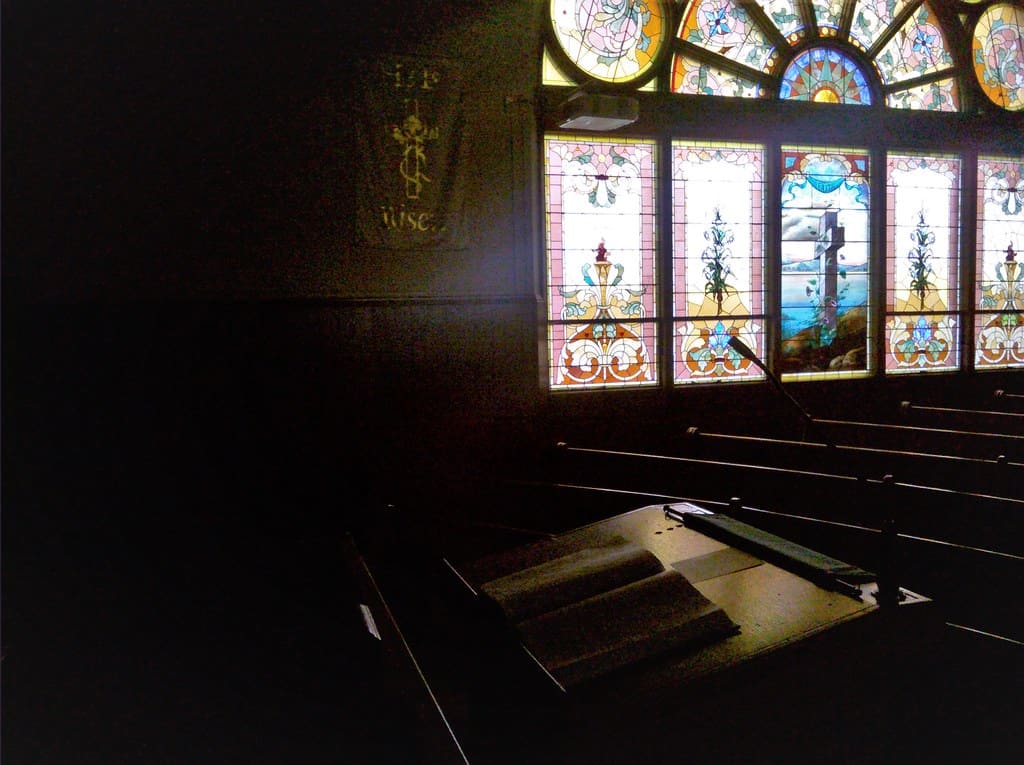 Bob Smietana of Religion News Service wonders what will become of the now empty buildings once filled with the faithful. Many insist that the empty buildings remain the sacred space of God and have tried to avoid selling them off like an asset. The Santa Cruz Nazarenes for example turned an empty church into a community center to house nonprofit organizations. Often it’s too late, as a dwindling congregation refuses to make plans, leaving the abandoned structures in poor condition.

When he was named a district superintendent for the Church of the Nazarene, the Rev. Albert Hung found himself facing the same problem many denominational leaders face.

Of the 90 or so congregations in the Northern California district Hung leads, few have more than 100 people, with most drawing around 40 people to worship services in buildings designed to seat far more. Their longterm, viable future is questionable — as those congregations are aging, shrinking and often disconnected from their neighbors. A number of churches in the district have already decided to close, leaving empty pews in shuttered buildings.

But an empty church building is not just an asset to be liquidated, said Hung, who insists these are still sacred spaces that God can use even if the churches that once worshipped in them no longer exist. That belief led Hung to look for creative ways to use empty church buildings.

In Santa Cruz, the Nazarenes have teamed up with a nondenominational congregation to turn a shuttered church building into a community center that will house a number of nonprofits.