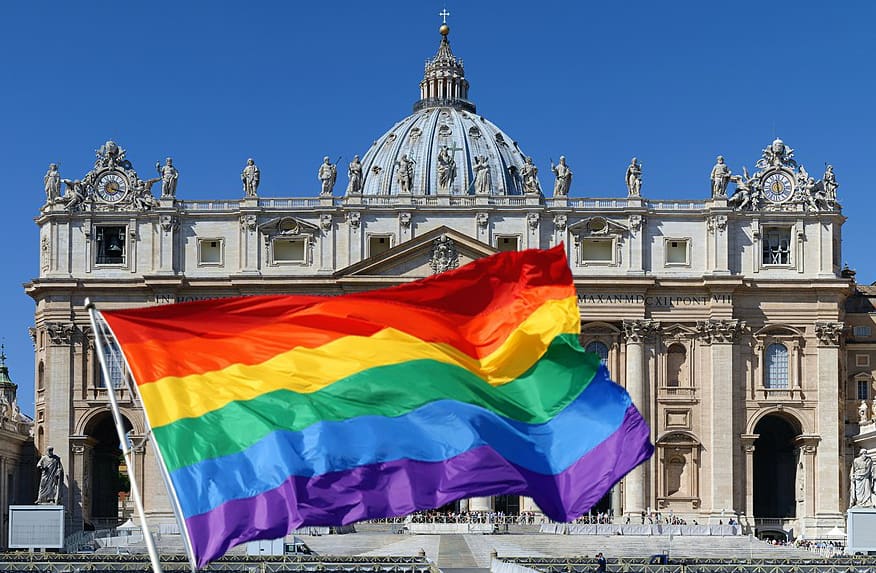 The Roman Catholic Church has reaffirmed its traditional teaching that priests cannot bless the unions of same-sex couples.

The affirmation, issued Monday by the Congregation for the Doctrine of the Faith, was given in response to a formal question submitted to the Vatican, “Does the Church have the power to give the blessing to unions of persons of the same sex?” The question was submitted as a dubium, which within the bureaucracy of the Catholic Church is understood as a formal request for clarification.

The Congregation’s response was a single word: “Negative.”

The explanatory note attached to the response says the question was submitted because:

In some ecclesial contexts, plans and proposals for blessings of unions of persons of the same sex are being advanced. Such projects are not infrequently motivated by a sincere desire to welcome and accompany homosexual persons, to whom are proposed paths of growth in faith, “so that those who manifest a homosexual orientation can receive the assistance they need to understand and fully carry out God’s will in their lives “.

The note goes on to say that blessings of unions are not sacraments in the Church’s understanding, but sacramentals, “sacred signs that resemble the sacraments: they signify effects, particularly of a spiritual kind, which are obtained through the Church’s intercession. By them men are disposed to receive the chief effect of the sacraments, and various occasions of life are sanctified.” It continues:

The Catechism of the Catholic Church specifies, then, that “sacramentals do not confer the grace of the Holy Spirit in the way that the sacraments do, but by the Church’s prayer, they prepare us to receive grace and dispose us to cooperate with it.”

Those who are blessed have to be predisposed to receive the grace of the sacraments, the note says; it goes on:

For this reason, it is not licit to impart a blessing on relationships, or partnerships, even stable, that involve sexual activity outside of marriage (ie, outside the indissoluble union of a man and a woman open in itself to the transmission of life), as is the case of the unions between persons of the same sex. The presence in such relationships of positive elements, which are in themselves to be valued and appreciated, cannot justify these relationships and render them legitimate objects of an ecclesial blessing, since the positive elements exist within the context of a union not ordered to the Creator’s plan .

Furthermore, since blessings on persons are in relationship with the sacraments, the blessing of homosexual unions cannot be considered licit. This is because they would constitute a certain imitation or analogue of the nuptial blessing invoked on the man and woman united in the sacrament of Matrimony, while in fact “there are absolutely no grounds for considering homosexual unions to be in any way similar or even remotely analogous to God’s plan for marriage and family.”

The response doubles back, however, and allows that gay people can receive blessings as individuals — provided they are willing to live within the guidelines issued by the Church.

The answer to the proposed dubium does not preclude the blessings given to individual persons with homosexual inclinations, who manifest the will to live in fidelity to the revealed plans of God as proposed by Church teaching. Rather, it declares illicit any form of blessing that tends to acknowledge their unions as such. In this case, in fact, the blessing would manifest not the intention to entrust such individual persons to the protection and help of God, in the sense mentioned above, but to approve and encourage a choice and a way of life that cannot be recognized as objectively ordered to the revealed plans of God.

The explanation ends noting that Pope Francis signed off on the answer:

The Sovereign Pontiff Francis, at the Audience granted to the undersigned Secretary of this Congregation, was informed and gave his assent to the publication of the above-mentioned Responsum ad dubium, with the annexed Explanatory Note.

Francis DeBarnardo, the executive director of New Ways Ministry, which “educates and advocates for justice and equality for lesbian, gay, bisexual, transgender, and queer (LGBTQ) Catholics, and reconciliation within the larger church and civil communities,” released a statement Monday saying that the answer was not surprising but was still disappointing. DeBarnardo said:

This decision though is an impotent one because it won’t stop the movement to bless such couples, and, in fact, it will actually encourage Catholics in the pews and the many Catholic leaders who are eager for such blessings to happen to work harder in their support—and blessing—of same-sex couples.

Though Rome has now spoken on this issue, what the Vatican doesn’t realize is that the Catholic faithful are not satisfied with the answer that they gave.  Catholic people recognize the holiness of the love between committed same-sex couples and recognize this love as divinely inspired and divinely supported and thus meets the standard to be blessed.  They recognize that God has already blessed these unions, and that a ritual is simply a recognition of God’s blessing. New Ways Ministry has been promoting many creative ways that Catholic parishes have been supporting and celebrating same-sex couples.

People think that church teaching evolves at the top and filters down. That is not how it works. The sense of the faithful is important and how the faithful receive a teaching affects the validity of such teaching.  The Catholic faithful have already expressed their support of same-sex couples, and they will continue to do so.  This decision changes nothing other than motivating more Catholics to support same-gender couples.