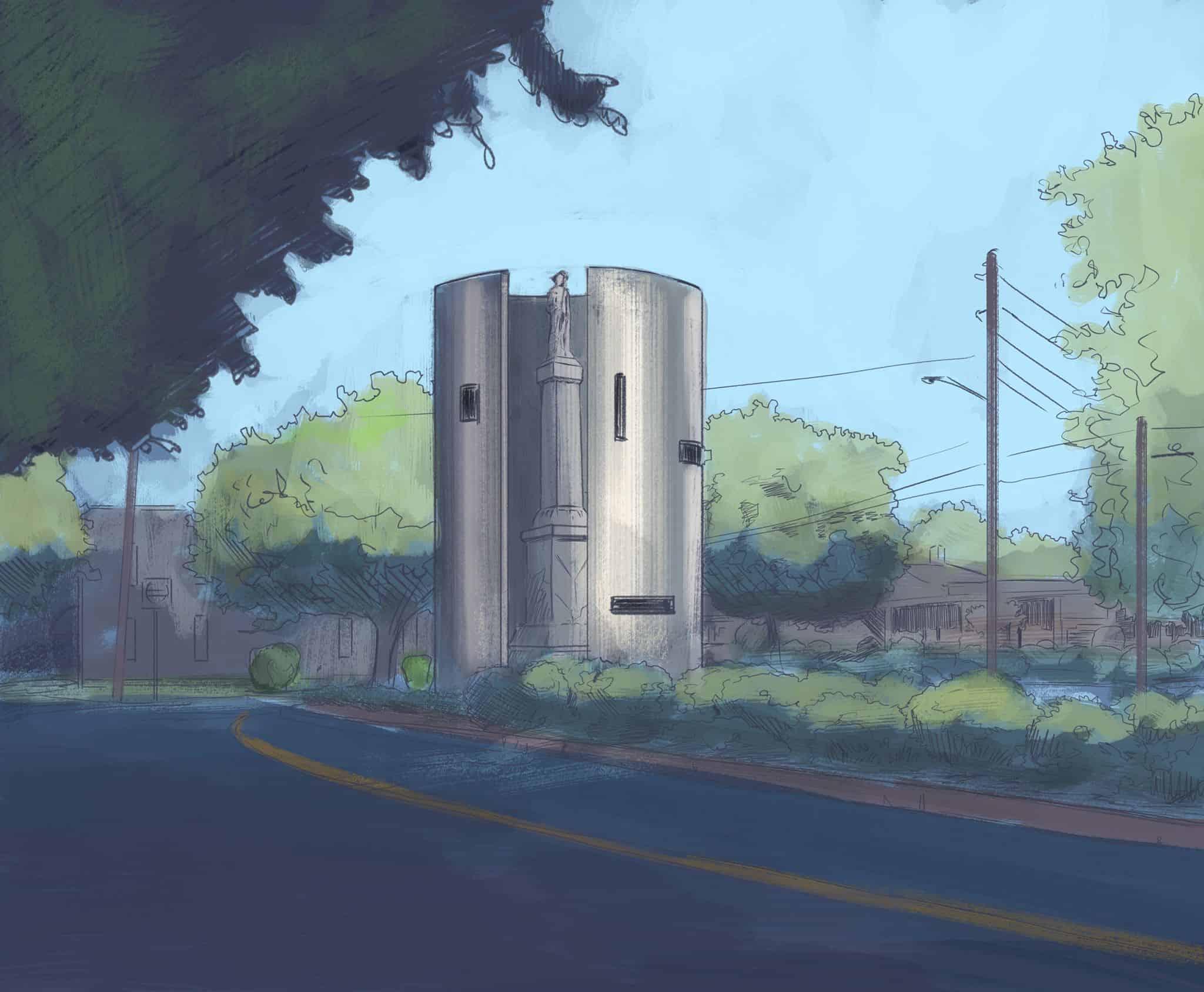 The local Confederate monument here in Cleveland, Tennessee continues to inspire demonstrations and interest both within the local community and across the nation. Today, the City Council heard statements from the community. I spoke to them because I have put forward the idea of an Anti-Racist monument that is the subject of an article in today’s paper. While Council meetings are required to be public, the audio of the live stream was unintelligible so I have decided to publish my statement here as well as describe the discussion following my statement.

Thank you for allowing me to speak. My name is Rondall Reynoso. I moved to Cleveland last year for work. During the first few months here, I repeatedly heard excitement about Cleveland’s growth and how the city is drawing people from across this nation. A year later, it is very different. Today, I hear about how outsiders are not welcome and how we should keep our mouths shut until we have lived here for at least three generations.

When we drove into town that first day, my wife noticed the Confederate monument. It was literally the first thing about Cleveland that stood out to her. I’ve heard similar stories from others who moved to Cleveland. The monument is across the street from my work, a few blocks from my Church, and in the same neighborhood as my home. It has been a regular part of my life in Cleveland. For the last two months, it has been a center point in my life as I have stood with many others from the community, Hundred Black Men, NAACP, and Emancipate Cleveland.

I am part of Emancipate Cleveland, but I am not here representing them. I am here because as an artist and art historian I see an opportunity for the city. I know that there are those in the City Council who are seeking to be moderate and pragmatic. I understand that the city wants to avoid civil-unrest and the tension of the large demonstrations that may ensue when thousands of university students return in a few days. But I also remember the words of Dr. Martin Luther King Jr. when he wrote in his Letter from a Birmingham Jail:

I have been gravely disappointed with the white moderate. I have almost reached the regrettable conclusion that the Negro’s great stumbling block in his stride toward freedom is not the White Citizen’s Counciler or the Ku Klux Klanner, but the white moderate, who is more devoted to “order” than to justice; who prefers a negative peace which is the absence of tension to a positive peace which is the presence of justice… who paternalistically believes he can set the timetable… who… constantly advises the Negro to wait for a “more convenient season.” Shallow understanding from people of good will is more frustrating than absolute misunderstanding from people of ill will.

With that in mind, I ask the City Council to consider three points.

Second, do not fall into the paternalistic trap of thinking that since something must be done, that a “compromise” which the Black community believes is unacceptable is the only option. Do not make the choice of forcing a compromise that is only supported within the white moderate community.

Third, consider this time in the City’s history not as a challenge that must be endured but as an opportunity to adapt the world. In your packet for this meeting, you have a Concept Paper for an Anti-Racist monument which has received support from the Black community and is the subject of an article in the Cleveland Banner today. The City has the opportunity to make an enduring statement against racism and to declare the beginning of a new epoch in racial relations. The Concept Paper has an option for the Black community’s desired outcome of removing the statue. There are also options for if the City is legally prohibited from removing the Confederate monument. Let’s not compromise. If we are forced to keep the statue in its current location, there are options that allow us to move forward and not compromise with icons of a racist past.

After my statement, Councilman Bill Estes, who has been the most accommodating to concerns about the monument and has put forward the compromise plan I reference in the second point above, expressed concerns about the legality of the Anti-Racist monument proposal. He then turned it over to the city attorney to explain. The city attorney argued that the concept would violate the Tennessee Heritage Protection Act. That interpretation is problematic for several reasons.

The city attorney presented the objection as if it made the concept a non-starter. The reality, however, is that the Tennessee Heritage Protection Act neither applies to Cleveland’s Confederate Monument, would prevent the construction of the Anti-Racist monument, nor would be an obstacle that would end all options.

The reality is that Cleveland is at a crossroads. The city can continue its anachronistic devotion to a Jim Crow Era relic or it can embrace an anti-racist stance that honors all its citizens. It cannot do both.