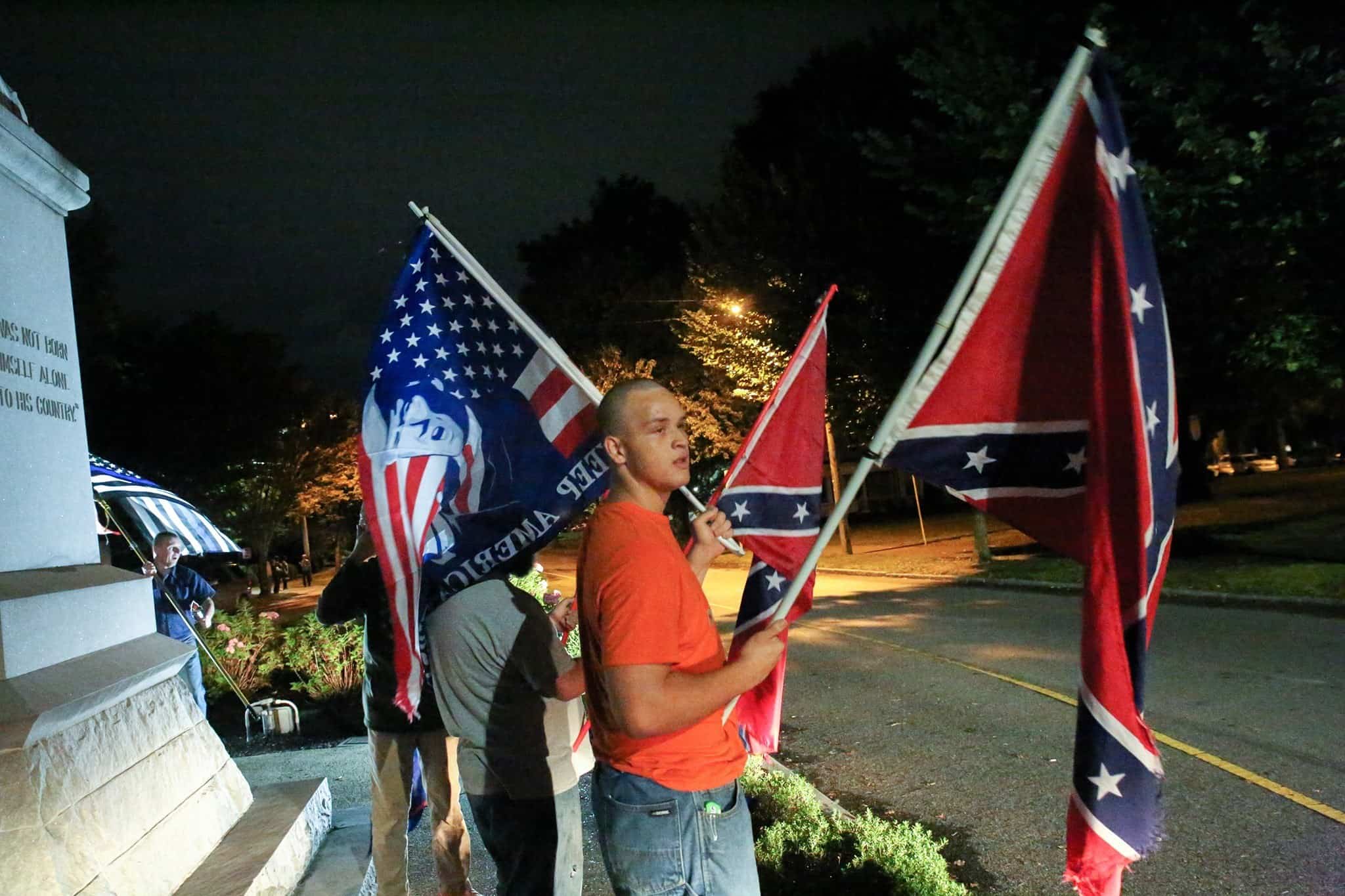 Faith on View has been covering this story since the demonstrations started in June. Our long article archiving the story is now over 16,000 words and can be read here.

The presentations to the City Council and the stories in the news eventually led to a call for a task force to look into the monument issue. On August 24th the City Council voted 4-3 to form such a task force. This was directly in response to a request from Emancipate Cleveland and a call from the editor of the Cleveland Banner to form a task force with representatives from all concerned parties including the United Daughters of the Confederacy, Emancipate Cleveland, the NAACP, and other concerned parties. The news was received as a victory by the leadership of Emancipate Cleveland. However, when the city formalized the Task Force on September 14th, they had changed it to a “Perseverance and Unity Education Study Group.” The city had decided not to even address the concerns about moving the monument. Despite the fact that some other southern cities have actively taken stands against Confederate monuments, even when they reside on private property. The City has taken the position that they do not have legal standing to even discuss what should happen to the monument. The Study Group will only look at setting up an off-site educational exhibition at either the historical library or the public library.

Not surprisingly, many who oppose the Confederate monument view this as a betrayal by the City Council. They promised and voted on a task force to look into the issue but delivered a study group that will not even address the issue. This result should not be surprising though. The city has claimed they cannot do anything. There are real legal questions about the positions taken by the city which will need to be answered.

What are the Legal Questions?

After proposing the anti-racist monument, I was invited to meet with city staff to discuss the monument. They allowed me to bring representation from the Black community and a lawyer. As a result of this meeting, I have a pretty clear understanding of the city’s positions and the questions that need to be answered. This is not a complete list but it gets at the main issues.

Ultimately, if anything is going to happen these questions will have to be answered. Until they are answered the City Council, despite having demonstrated their desire not to do anything, will be able to claim that their hands are tied. The reality is that the city does not want to do anything. Therefore, their objections will have to be handled before moving forward. Further, a coalition of support will have to be made. The city leaders transparently don’t want to take a stand when they can pass the buck. The movement to remove the monument will have to find answers to the objections that are allowing the Council to pass the buck and generate support from within the city to pressure the leaders to do the right thing. There are many churches, organizations, and businesses in this city that do not want to be seen as part of a racist southern town. Over the last 25 years, Cleveland has grown into what the city’s statement on the Perseverance & Unity Education Study Group calls a “very diverse multicultural and multinational community.” That diversity is incompatible with this monumental relic of the Jim Crow era.

With the City’s decision to renege on the Task Force commitment, the organizers for the demonstrations have decided to move in a different direction. The September 25th demonstration at the monument was the last one for the immediate future. Emmanipate Cleveland has plans for other demonstrations and community work. A demonstration against the decision not to prosecute in the Breonna Taylor case is the first such demonstration planned. The local news covered the last monument demonstration. The demonstrators are not finished with the issue of the Confederate Monument. But, they also realize that without the will of the City Council to do right there are legal questions that need to be answered and the group needs time to redirect their efforts.

Fittingly, the final demonstration took place the same night as a “Trump Train”. The train dozens of cars and truck drove by the monument bearing their Trump flags, honking, and yelling. While most drove by circling for 20-30 minutes. Some stopped and joined the pro-monument protestors bringing their Trump and Confederate flags. Around 8:30 pm Emancipate Cleveland quietly packed up the demonstration, as they have for 15 weeks, and went home. We left to those standing under the monument bearing their flags signing, “nah nah nah nah hey hey hey goodbye.” It just seemed to encapsulate the contrast between the quiet pursuit of progress sought by the demonstrators and the provocation brought by those seeking to honor a heritage of hate and oppression.