Bent over at Bethesda, listening to the night 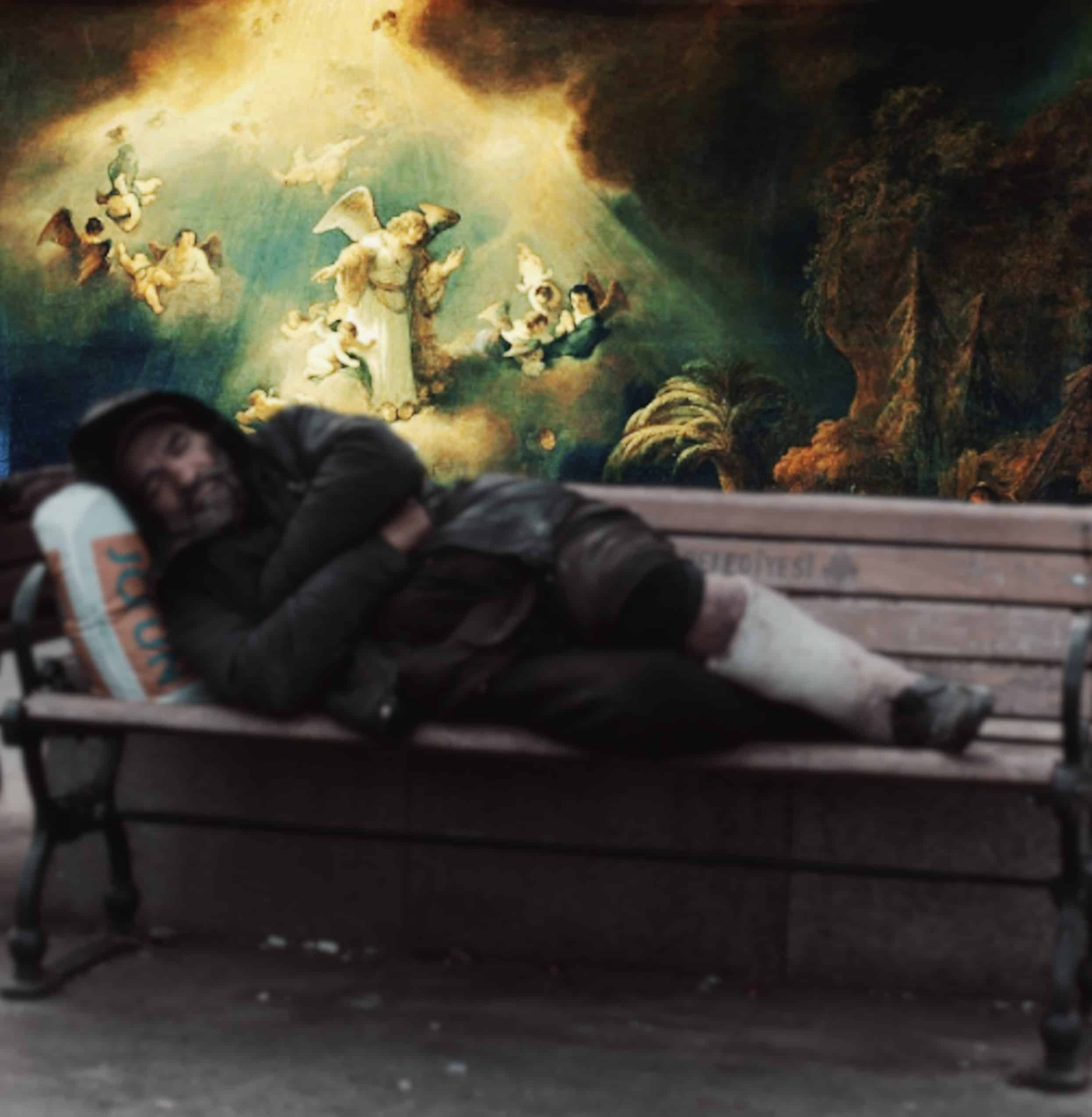 You’re not swearing when you say it’s been a Hell of a year.

You put it down on paper, and it doesn’t look like much. But things add up. Things bleed you, leave you weak. You find reservoirs of faith, but in all honesty, at times you’re diving deep and coming up with very little for the effort of holding your breath.

“At least you’ve got peace that surpasses understanding,” the narrative goes. “Joy isn’t about happiness.”

But the truth is you’re still trying to get your bearings. Upside down. Struggling to figure out what you’re dealing with right now and what you’re going to be dealing with forever. You find yourself clutching those beads awfully tight when you whisper “Kyrie eleison. ” Angry, even.

You can’t look at God, so you look at his mother. But then you listen to her words – that the lofty would be cast down, that good news has been proclaimed to the poor – and you wonder if maybe she wasn’t being just a tad optimistic.

Then Advent comes. It’s easy enough to miss it, sliding wildly through the season with no candles lit, no prophecies proclaimed. Bethlehem is as far away as ever. Wise men start making their way to the cave, but you’re still bent over at Bethesda, waiting for an angel to stir the waters. It’s desperation; not hope.

But you know. You know.

You know that baby is coming. He is going to be born, and one day when you aren’t even expecting it, he will find you right where you are, and he will fully embrace that desperation as a part of the human experience. The source of the entire cosmos will wrap itself in a person just like you, and that Person will bear all of the trauma and temptation you have borne, and he will fully identify with you and every other person, every perpetrator and every victim, every loser and every victor.

The transcendent, eternal God will condescend to take the form of creation, and in that human form he will cough and vomit and cry just like the rest of us, and he’ll find humor and laughter and love. The God who knows everything will still have moments that move him. He’ll get hungry and he’ll get sick, and then he’ll heal lepers and feed the poor. He’ll weep when his friend dies and promise eternal life to a man dying next to him. When people confess that they want to believe in Him but cannot, he will bless the effort. He will tell them that just a grain of faith has been enough to shine light into the unplumbable darkness they felt before.

And you know in your gut that baby yet kicking in his mother’s belly will make all things new.

So you sit there in the mud, waiting, waiting and desperate to be healed, but also listening, straining your ears for another angel to announce that somewhere, the God who gave you being is now a babe at the breast, as dependent on his mother as you once were.

A previous version of this essay was published on social media in 2017.