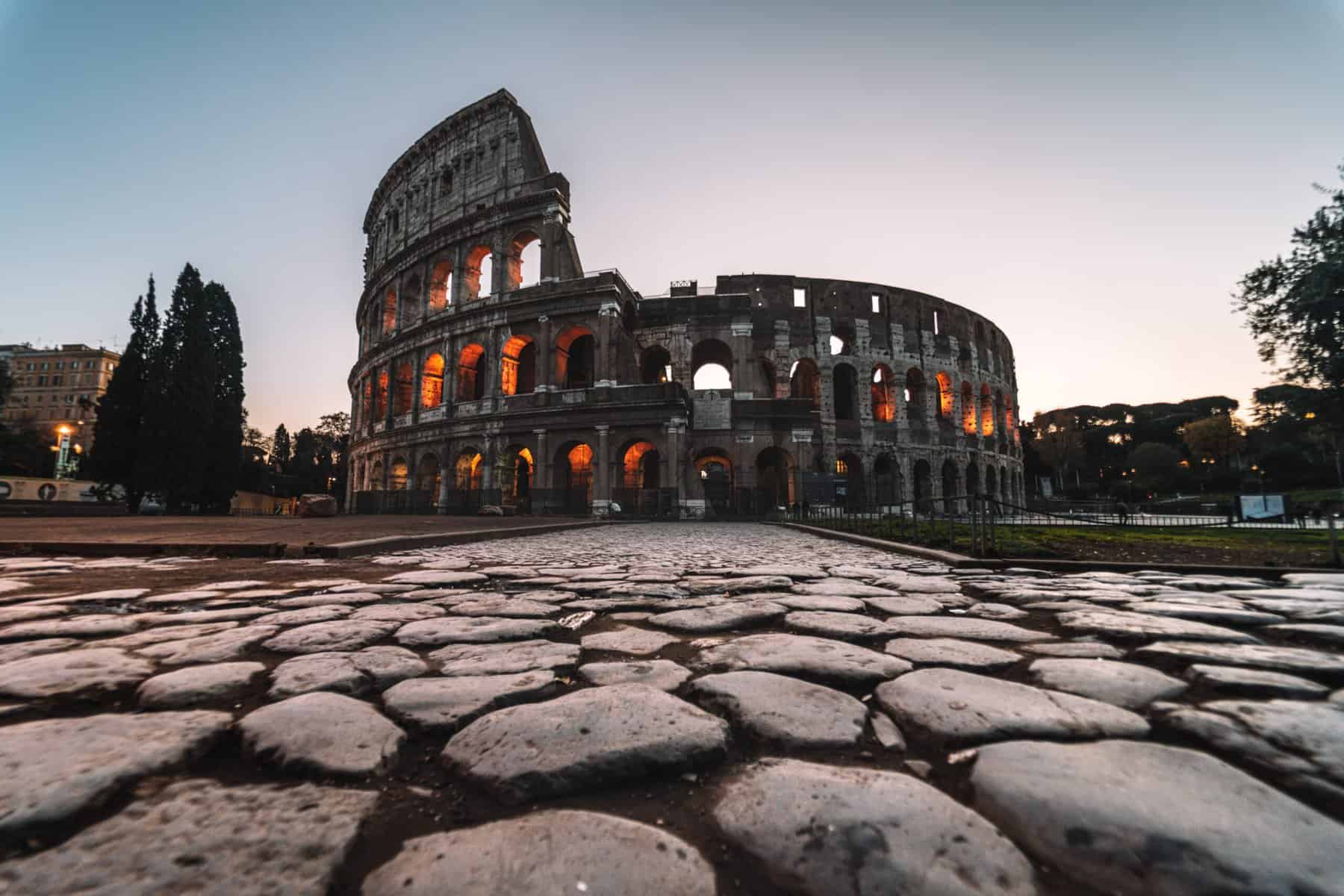 To me, one of the most fascinating exchanges in the Bible is between the Apostle Paul and Governor Felix in Acts 24. It comes after Paul has been arrested in Jerusalem for sedition, rebellion, and profaning the Temple. Of course, if you read the story, Paul is clearly innocent of the accusations, but a trial is nonetheless imminent. After a fiery trial in Jerusalem, an oath by some Jews to not eat until they kill Paul, and a revelation that Paul is a Roman citizen, they sent him to Caesarea to be given a hearing under Governor Felix.

Felix was the sitting governor of Judea. He was described by Josephus (as with other Roman governors at this time) as being corrupt. At the time of Paul’s hearing, he was married to Drusilla, his third wife. They were married after Felix seduced her to marry him with a Cyprian magician.

Both Felix and Drusilla would have been well aware of Christianity, or “the Way,” as it was known at the time. Drusilla was the daughter of King Agrippa I, who killed James the brother of John (Acts 12:1-2). Drusilla’s great uncle, Herod Antipas, had John beheaded (Matthew 14). Her great grandfather, Herod the Great, ordered the slaughter of all baby boys in an attempt to kill the rumored Messiah in Bethlehem (Matthew 2). Acts 24:22 says that “Felix had a rather accurate knowledge of the Way.”

After the charges were given by the spokesman Tertullus and Paul gave his defense, Felix ordered Paul to be kept in prison until he decides his fate (which he eventually leaves for Festus to decide). The fascinating exchange that I previously mentioned has arrived. Here’s how Acts 24:24-26 describes it:

“Some days later when Felix came with his wife Drusilla, who was Jewish, he sent for Paul and heard him speak concerning faith in Christ Jesus. And as he discussed righteousness, self-control, and the coming judgment, Felix became frightened and said, ‘Go away for the present; when I have an opportunity, I will send for you.’ At the same time, he hoped that money would be given to him by Paul, and for that reason, he used to send for him very often and converse with him.”

Paul is said to have discussed things “concerning faith in Christ Jesus.” According to Luke, the author of Acts, those three things were:

Paul appears to believe that true faith in Jesus can be boiled down to righteousness, self-control, and the coming judgment. The very things that embolden, strengthen, and keep Paul going are the same things that “frighten” Felix.

To get a better idea of what Paul may have said to Felix about these three things, let’s dive into Paul’s letters a bit.

What could Paul have said about righteousness?

“When you were slaves of sin, you were free in regard to righteousness. So what fruit did you then gain from the things of which you now are ashamed? The end of those things is death.” (Romans 6:20-21)

If Paul—when talking of righteousness—made a similar statement to Felix, it very well may have scared him. Felix was born a slave who was freed and made his way up the ladder with power-hungry desires and unjust intentions. Roman historian, Tacitus, made this statement about Felix: “Through all cruelty and licentiousness he exercised the authority of a king with a spirit of a slave.”

Considering  Felix’s past, it would have been bold of Paul to say (to recapitulate Romans 6:20-21), “Since you are a slave to sin, you have no obligation to righteous living. However, the fruit you bear ends in death.” The statement alone would have startled (to put it mildly) any Roman official, but it would have also conveyed the reality that though Felix was no longer a slave (thankfully), he still remained a slave to sin that is heading toward death.

What could Paul have said about self-control?

“I will boast all the more gladly about my weaknesses, so that Christ’s power may rest on me. (2 Corinthians 12:9)” As a Roman official who made it to the top by boasting of his own worldly qualifications and strengths, a statement about boasting of weakness would have been a foreign and upside-down message.

Of course, this is the message of the gospel. Christ’s death was the culmination of His lifelong teaching of laying down one’s life, succumbing to a self-sacrificial nature, and only boasting in such things. It is here where we find the resurrection. The power only comes after death. As someone who craved power, Felix must have been frightened to let it go.

As someone whose name literally means “pleasure,” Felix’s life also reflected his pursuit of it. He craved the beauty of Drusilla, so he used his power to obtain her. He hated one of the high priests, so he bribed a different high priest to kill him. He invited Paul to speak with him, not because he wanted to hear the gospel, but because he desired Paul to illegally gift him with money that he obtained from his third missionary journey.

What could Paul have said about the coming judgment?

“For in this tent we groan, longing to be further clothed with our heavenly dwelling, for surely when we have been clothed in it we will not be found naked.” 2 Corinthians 5:2-3

In context to his conversation with Felix, Paul may have said, “In this body I groan, longing to not be found naked on the day of judgment.”

Judgment, for a believer, is hope. It goes hand-in-hand with the Resurrection of Jesus. The resurrection is the inauguration of God making the world right. Paul’s “conscience is clear” (Acts 24:16) and he is a vessel eager to share this new kingdom with anyone who will listen, even if their intentions were not pure. If Jesus has been resurrected, as Paul is continually proclaiming, then this Kingdom is directly opposed to Felix’s, Caesar’s, Nero’s, and all the kingdoms of the world. To say that “Jesus is Lord” is to say that “Caesar is not.”

In other words, Felix is naked.

He has been happy to ignore any future judgment, but now a messenger of Christ is speaking with him about an upside-down kingdom that motivates Paul but frightens Felix. And the text indicates to me that it also frightens Drusilla, who never is documented to speak with Paul again. If Paul is right, she has to come to terms with the reality that her great grandfather, great uncle, father, and husband have all been in the way of the true Messiah, Jesus of Nazareth.

To be sure, the gospel is good news for all, including Felix and Drusilla, but it requires the abdication of three things: unrighteousness, pleasure, and power. It is only through the Holy Spirit within each believer that we can live a life bent towards righteousness and self-control as we wait for the final judgment.

One final verse (Romans 2:8-11) that may have frightened Felix includes ALL of righteousness, self-control, and the coming judgment. It’s contextually paraphrased below (with additional emphasis):

“Since you are self-seeking and do not behave righteously, you are set to receive wrath, even though you are a governor of Rome. For God does not show the kind of favoritism that you are used to. But if you repent and do works worthy of repentance, you have glory, honor, and peace awaiting you. Christ Jesus has died to set you free from your slavery to sin and make you an adopted son of God.”

My next essay will cover how these things apply to us and our current world.