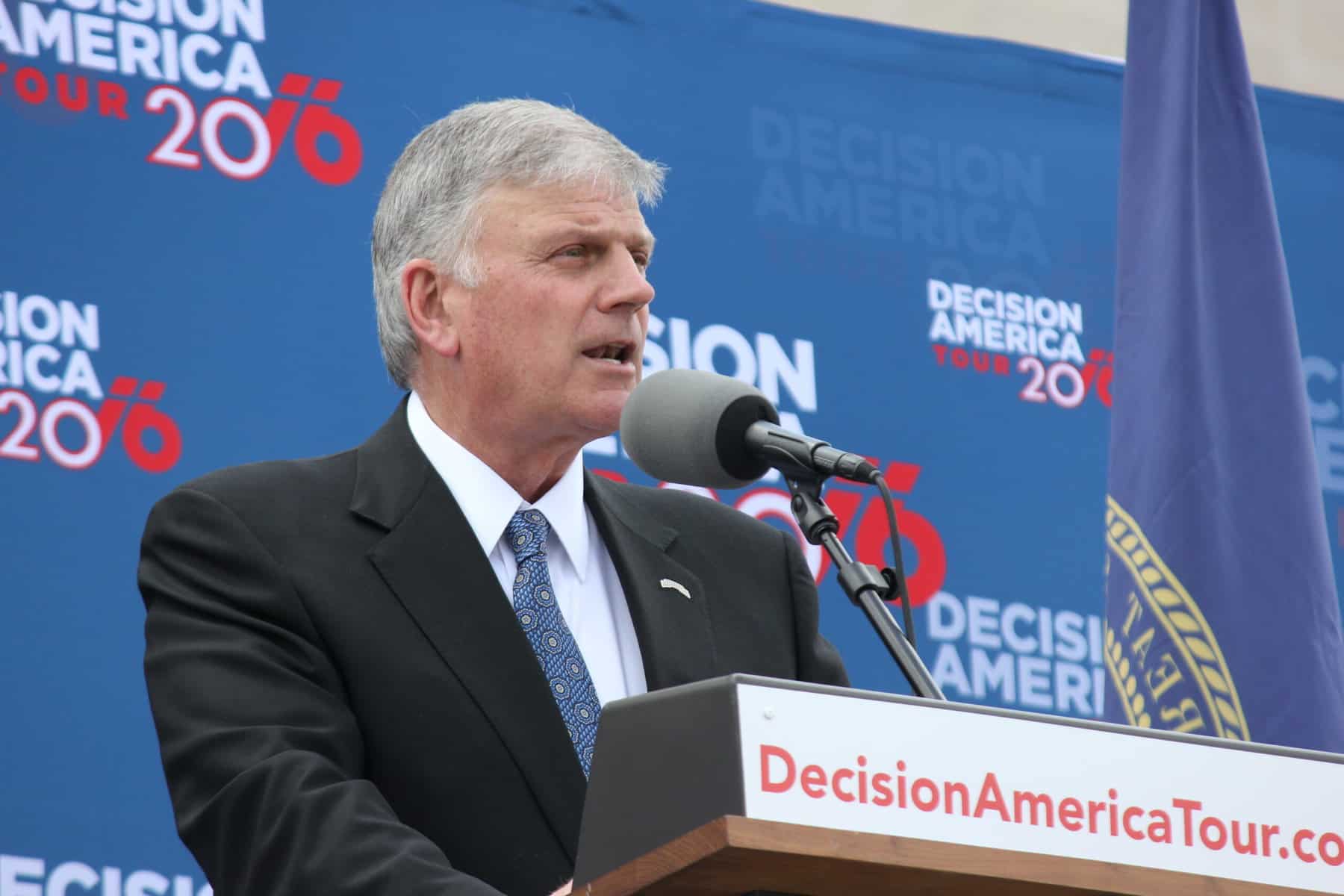 Franklin Graham strongly criticized the claim about Jesus having a “trans body,” made by a research student from the University of Cambridge during a sermon. The statement has generated criticism from Christians including Graham who reacted to it on Facebook. The research student, Joshua Heath, while delivering a sermon at Trinity College, claimed that in Jean Malouel’s Pietà, created in the early 1400s, Jesus’ wound on his side and his blood flowing to the groin resembles a vagina. Heath further asserted that the wound as portrayed in the Prayer Book of Bonne of Luxembourg (14th century), also “takes on a decidedly vaginal appearance.” Graham described Heath’s claims as “repulsive and shameful.”

The Rev. Franklin Graham rebuked the notion that Jesus Christ has a “trans body” after a research student at the University of Cambridge made that assertion during a sermon, offending many churchgoers in the process.

In a Facebook post on Monday, Graham reacted to the outrage that ensued after Joshua Heath, a junior research fellow at Cambridge, delivered a sermon at the school’s Trinity College on Nov. 20, likening Jesus’ side wound and blood flowing to the groin in Jean Malouel’s 1400 work Pietà to looking like a vagina.

John 19:34 says that when Jesus was crucified and died on the cross before His Resurrection, Roman soldiers broke the legs of the two men who were crucified alongside Him, but seeing that Jesus was already dead, one of the Roman soldiers decided not to break Jesus’ legs but instead pierced His side with a spear, “and at once there came out blood and water.”

According to The Telegraph, Heath displayed three paintings at a Sunday sermon, including the depiction of Jesus’ crucifixion.

Heath contended that the wound, also depicted in the 14th century Prayer Book of Bonne of Luxembourg, “takes on a decidedly vaginal appearance.” The Telegraph also reported that Heath discussed “non-erotic depictions of Christ’s penis in historical art,” which the research fellow maintained “urge a welcoming rather than hostile response toward the raised voices of trans people.”

“In Christ’s simultaneously masculine and feminine body in these works, if the body of Christ as these works suggest the body of all bodies, then his body is also the trans body,” Heath declared. Heath’s sermon prompted considerable outrage, with one churchgoer writing a letter to Trinity College’s Dean Michael Banner recalling how they “left the service in tears.”

Graham joined the chorus of criticism directed at Heath’s sermon, which he described as “repulsive and shameful.” The prominent televangelist and president of the Billy Graham Evangelistic Association and Samaritan’s Purse asserted that “to insinuate that Jesus Christ, the Holy Son of God, is transgender or to sexualize in any way His sacrificial death on the Cross for the sins of mankind is utter heresy.”