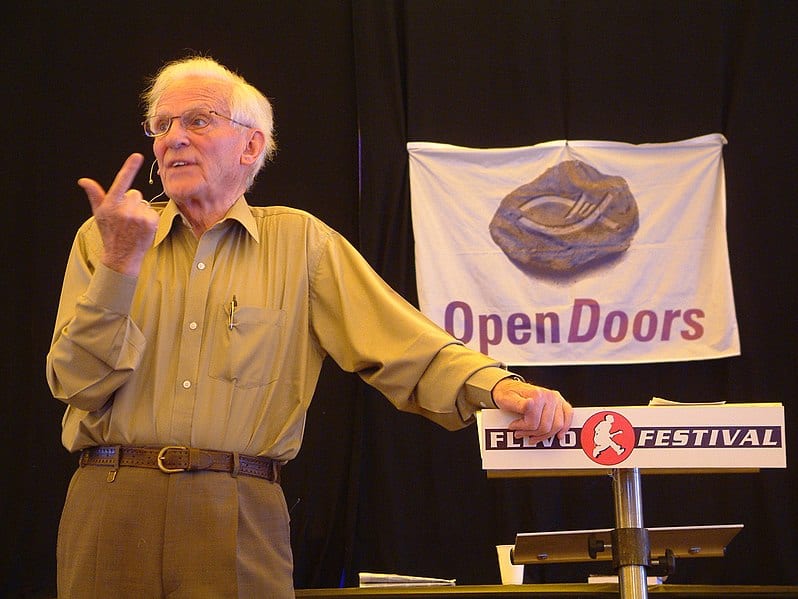 The man who made his name as “God’s Smuggler” for his work to move Bibles across closed borders has died.

Van der Bijl was born in the Netherlands in 1928. As a young man, he joined his country’s military, but he left armed service after a bullet wound forced him into convalescence for a time. Renouncing violence, he studied missions in Scotland. After visiting underground churches in Soviet-bloc countries, he began to sneak Bibles across restricted borders.

In 1967, Van der Bijl’s story was told in “God’s Smuggler”, written with John and Elizabeth Sherrill, which sold 10 million copies and became a huge hit thanks to the riveting tales of creatively slipping Bibles to persecuted Christians in countries with little religious freedom. The books brought attention to van der Bijl’s Open Door ministry, which has helped raise awareness about Christian persecution around the world.

His methods were controversial, even among other Christians. Major Christian organizations like the Southern Baptist Foreign Mission Board and the American Bible Society criticized van der Bijl’s tactics. Some have questioned the validity of his stories, and CT notes that there is evidence the KGB was aware of van der Bijl’s work and may have even had informants on his team.

Van der Bijl did not reportedly keep track of the number of Bibles he distributed, though some estimates have them placed in the millions.