Have bike, will pray: Ark. man turns COVID-tide into pilgrimage 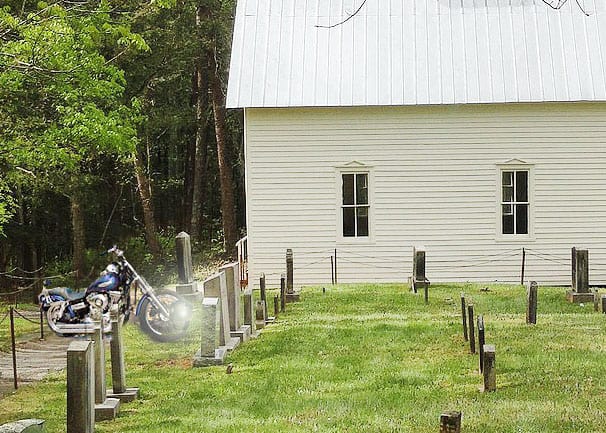 Where do you worship when all the houses of worship are closed? For many, the answer is outdoors. For one Arkansas man, the answer was even simpler: at the closed churches.

Arkansas Online tells of how Cabot resident Randy Irwin spent his time on a pilgrimage to the state’s shuttered congregations during the last year, which many have dubbed “COVID-tide”, a nod to traditional language used in liturgical churches to mark the seasons.

“[The online service] wasn’t doing much for me, and I ride a Harley-Davidson,” Irwin said. “Other than the sermon, [the Episcopal service]…it’s all out of the Book of Common Prayer. So Sunday morning, when I used to go to church, I would [instead] get on the Harley. So I’d go north, south, east west… and when I found an interesting church of some sort — any demonization, [it] didn’t really matter — I’d sit out on the front steps because they were all closed, too, and rad my Episcopal service for the Sunday.

Irwin said he was able to take the weekly journey in part because he knew all of the churches had the same God. Riding relaxed him in a way that could attune him toward worship.

“The sights and smells, they all sort of tune you in to what’s going on,” he said. “While riding you can’t talk or answer the phone; you’re away from Facebook, emails…Everyone was exploring, to some extent, how we deal with this [pandemic]. There are people who went to church, people who did nothing…my deal was going around the country[side] to church.”

The Rev. Cannon Russ Snapp, the subdeacon at Trinity cathedral, said he thought that Irwin’s journeys were a creative way to connect with God.

The cathedral where Irwin regularly attends worship recently reopened with social distance guidelines. He returned to regular worship there when he could once again kneel in the familiar nave.