He criticized Trump from inside the SBC. Now he’s stepping down. 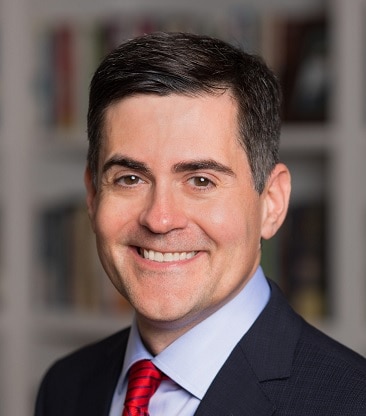 For years, the phrase “Southern Baptist ethicist” conjured up one name more than any other— Russell Moore.

Part of that was because he held the chair position of the Southern Baptist Convention’s Ethics and Religious Liberty Commission. Part of it was also because since former President Donald Trump rose to political prominence, Moore often stood out from his peers as a critic of the President.

Moore announced this week that he was leaving the SBC position to work as a theologian for Christianity Today. The Wall Street Journal reports:

“I’ve struggled with this decision, because my gratitude for the honor of serving the Ethics & Religious Liberty Commission is so deep,” Mr. Moore said in the statement. He highlighted some of the work the commission has done under his leadership, including “advocating for human dignity, religious freedom for everyone, kindness and civility in the public square, racial reconciliation and justice and the fight against the scourge of church sexual abuse.”

Mr. Moore didn’t reply to requests for further comment. His predecessor in the job, Richard Land, stayed in the post a quarter-century and helped turn the Southern Baptist Convention into a force in conservative politics.

While Moore has a significant following with younger members of the SBC, some greeted his announcement with what Baptist News characterized as “don’t let the screen door hit you on the way out.”

These critics tend to represent the most far-right sector of the already conservative SBC, a vocal minority seeking to force a second “conservative resurgence” on the nation’s largest non-Catholic denomination.

Nathaniel Jolly, a Southern Baptist pastor in Homer, Alaska, tweeted: “I’m not about to apologize or pretend that I’m not thrilled Russell Moore is leaving the ERLC. My preference is always that leaders return to clear biblical thinking. That is the best and most desired outcome, but if not, I will throw a party when they leave.”

Others praised Moore for his time at ELRC, including writer and teacher Beth Moore — no relation — who has herself cut visible ties with the SBC in the last year. The Washington Post reports:

Beth Moore said in a direct message that Russell Moore first won her respect when he became outspoken on Trump.

“It was 2016 and the evangelical world was turning upside down and he had the guts — or the gall, depending on how you saw it — to [call out Trump],” she said.

Beth Moore, who received her own backlash for speaking against Trump, said they were both “reeling from what appeared to us a profoundly compromised witness playing out on a global stage. The backlash Russell received for speaking out was swift, severe and unrelenting.”

“If he would not bow — and he wouldn’t — there were some who’d do their best to cut his legs out from under him,” she said. “He is one of those rare leaders who can live without public approval but not without his personal God-given convictions.”