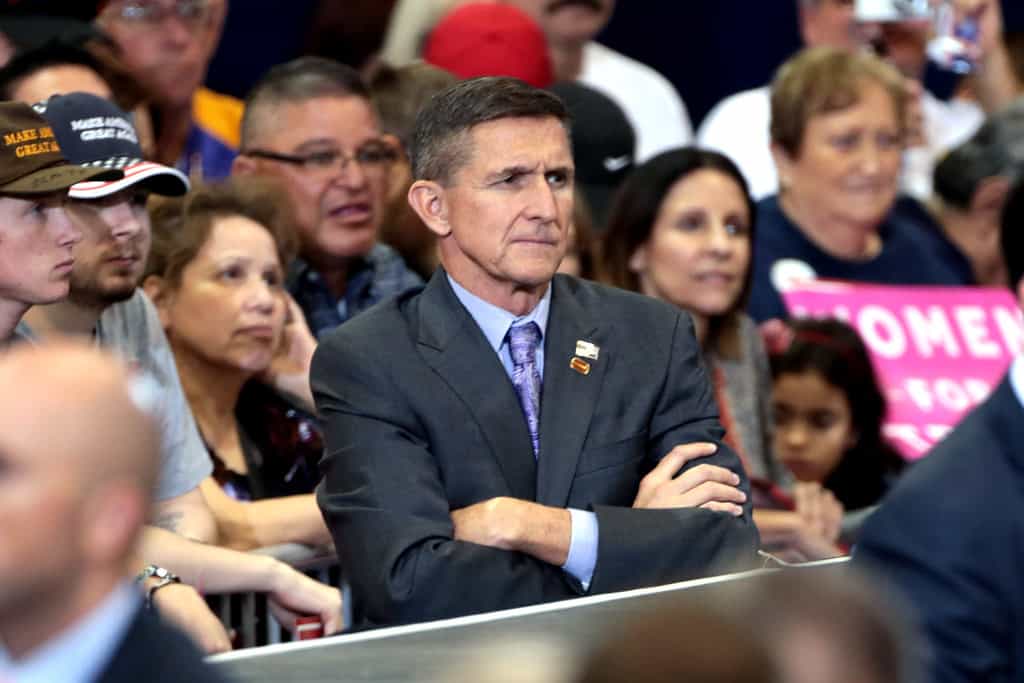 Lisa Hagen of NPR writes that the “ReAwaken America Tour” has been moving across the country. Prolific pro-Trump figures, fundamentalist preachers, and conspiracy theorists have headlined the event.

The show was conceived after ex-national security adviser Michael Flynn received a pardon from Trump and the anti-lockdown movement gained prominence. While not branding itself as explicitly religious, several analysts have noted the similarities to mass revival events, complete with charismatic preaching to large, dedicated crowds.

Each stop of the ReAwaken America Tour is part conservative Christian revival, part QAnon expo and part political rally. It features big name stars in the MAGA galaxy, including MyPillow CEO Mike Lindell, Trump adviser Roger Stone and former President Donald Trump’s son, Eric. There are meet and greets, a buffet and, lately, baptisms and the casting out of demons.

The show was conceived in the months after former national security adviser Michael Flynn received a pardon from Trump. Flynn connected with Clay Clark, an Oklahoma man who had been hosting local, anti-lockdown gatherings during the pandemic. The two put on their first event in Tulsa in April 2021.

Between stage calls, “America’s General,” as he’s known in these circles, paced through the sports complex in a suit and red, white and blue sneakers. His partner, Clark, raced on and off stage with a clipboard and the unshakeable cheerfulness of his former career as a wedding DJ, to coordinate the speaking slots of the more than 70 presenters over two days. Clark is also a podcaster who is being sued for defamation by a former executive of Dominion Voting Systems over claims that aired on his show.

Plenty of money does change hands though. Dietary supplements, fluoride-free toothpaste, patriotic coffee and children’s books like “The Cat In The Maga Hat” are all on sale. Bedazzled purses in the shape of a gun or the Titanic (a metaphor for the country) cost $500.

Carson Massie was selling vibrating platforms you can stand on instead of exercising. “Ten minutes on this is equal to an hour at the gym,” said Massie. The units go for $3,300 each, a steal compared to other models on the market, he said. Their stand sells about 150 on an average ReAwaken day.