The Development of an Artistic Voice, Part 4… The Stratum Series 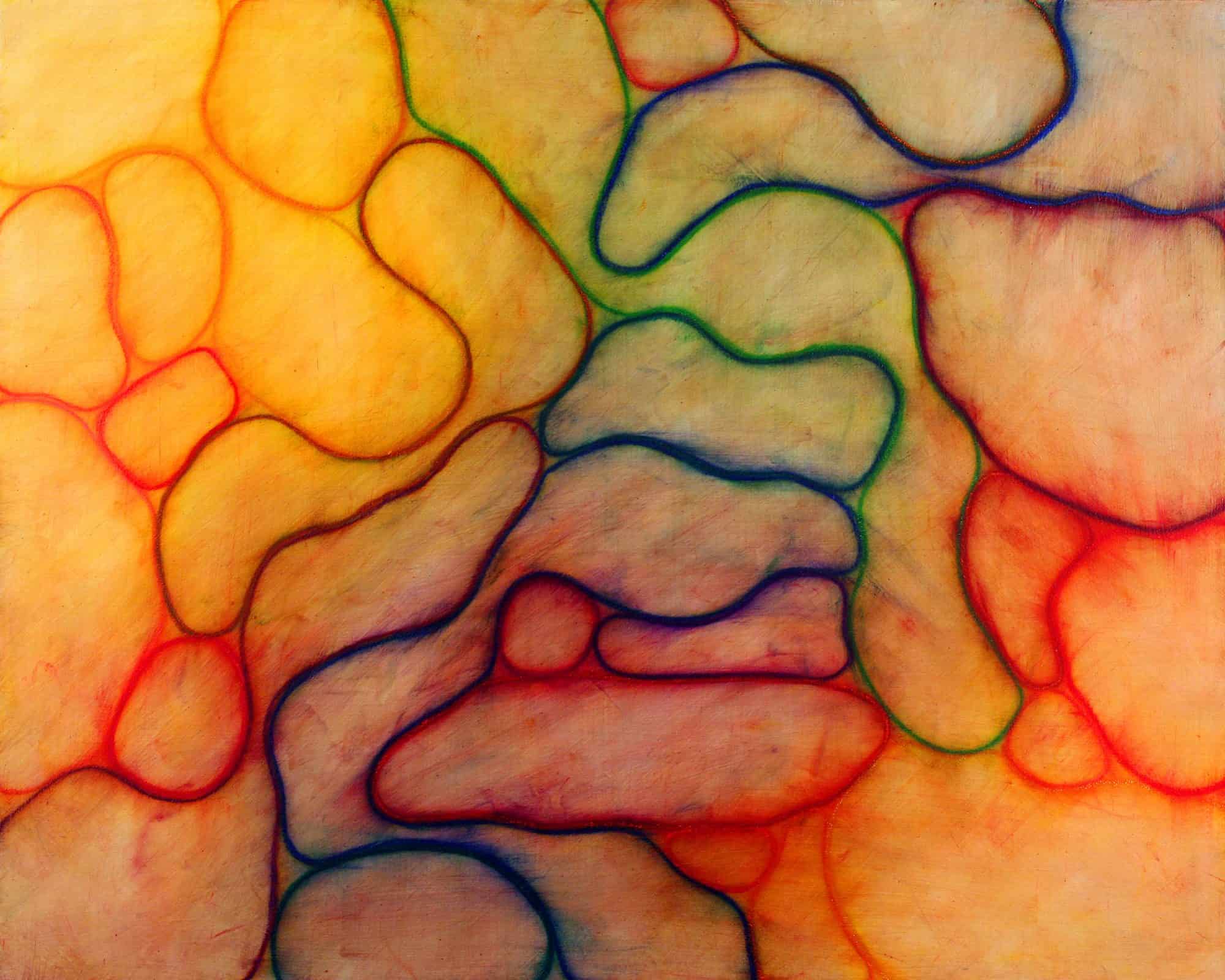 The Stratum Series is an excellent example of something good coming out of complete failure. When I was working on the Hatching Series I noticed that the paper I glued down became translucent. Since I was working with layers, I decided to see if I could draw under the paper and have the drawings show through adding an additional layer. It was a complete failure. Once the paper dried, the drawing underneath could not be seen at all. But, I really liked the how the charcoal looked when I spread the matte medium to glue down the paper. This led to an innovation in painting style that I have used ever since. The painting above is the first to use my new layering process where I draw in charcoal, or later pastel, and then spread it with matte medium, sometimes mixing in gloss or other mediums. In this particular painting the process was only repeated a couple of times but in future paintings it was repeated sometimes over 20 times.

I also liked how this method of painting worked with my visual metaphor. The societal groupings that my imagery referenced were not something that happened out of the blue. They have a history. I liked that with this method of painting, and the transparency, the literal history of the painting and metaphorically the social groups could be seen.

One of the challenges with this method of painting is how to use color. My early solution was to isolate colors to individual canvases. In the piece above, Sheol, ‘Erets, Shamayim, each canvas was a different color. That does not mean that the colors were simple. For example, the brown in the middle canvas came about by mixing multiple blues and oranges and the blue and orange canvases were also more complicated than one simple color.

This piece also continues to develop my use of metaphor. The title is based on the Hebrew words that are translated Hell, Earth, and Heaven in the Old Testament. The piece is panoramic and meant to reference the entirety of human existence.

As I continued working in this way, I became more loosely tied to the metaphors. I also gained a greater control over color. I still do works that separate color by canvas but some of my favorite works work with color in a much more sophisticated way. The piece below, Covenant III, is a good example of a more mature use of color. This one has actually become one of my favorite pieces to the point that is hangs over my bed.