The Lego Movie: Everything is Awesome and the Noble Lie 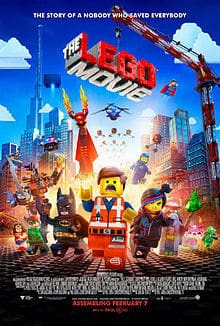 There is no doubt that I am late to the game reviewing The Lego Movie. It was a big hit earlier this year with almost half a billion in box office receipts. However, I only just saw the movie today when we took our family to see it as a summer dollar movie.

The Lego is certainly a fun film. I genuinely enjoyed the film. It is cleverly written and very funny. Then end of the movie is also very touching especially as a father.

The movie opens with the catchy song “Everything is Awesome” being sung by…well…everyone. It is a utopian scene of work, fun, and productivity. Everyone is happy and playing their role in the team. However, after the opening sequence we learn that the main character Emmet (voiced by Chris Pratt) is not as happy nor is everything as peachy as he thinks. He ends up getting turned around after work and meets Wildstyle (voiced by Elizabeth Banks) who is a tough master builder looking for the Piece of Resistance. By accident, isn’t that how it always happens, Emmet finds the Piece of Resistance. He passes out and wakes-up in police custody where he learns that President Business (Will Farrell) is going to destroy the world in three days with the Kragle (KRAzy GLuE with some letters rubbed off). Wildstyle, who believes that Emmet has fulfilled the prophesy and is The Special, rescues him from police custody leading him to meet the other master builders. Everyone quickly learns that Emmet is somewhat of a dolt and completely unimaginative and unoriginal.

By following a tracker that the police placed on him Emmet is tracked to the secret meeting of the Master Builders where they are attacked and most captured. Emmet and a few others escape in a submarine they build. Emmet’s disappointing contribution to the submarine is a double-decker couch. However, when the sub is destroyed the group survives by hiding in the couch which the police led by Bad Cop (Liam Neeson) think is so useless they completely overlook it. At that point, Vitruvius (Morgan Freeman) decides that Emmet’s stupid ideas have what it takes to win. Emmet comes up with the idea of suppressing the natural creativity of the Master Builders to follow the instructions and sneak into Business’ office and use the Piece of Resistance, which is a crazy glue cap, to stop the Kragle. As the final scenes play out the viewer learns that the entire movie is actually the game of a child, Finn (Jadon Sand), who is playing with his fathers (Will Farrell) Lego collection which is against the rules. In the end Finn and Emmet win the day by asking Business and the Father to join in creative play.

It is a touching and compelling story of the tension between the beauty of order and the beauty of creativity. The Lego set-up which the father had constructed was truly astounding but it was off-limits to the children and devoid of freedom. In fact, the father planned to memorialize his creation by gluing the pieces together and thus destroying their function. In my own family, I have children who follow the instructions to put together some very impressive Lego objects and others who prefer to just be creative and put things together how they wish.

In some ways this movie is about the tension between two different kinds of personalities. Though, the movie villanizes the ordered personality and attributes it only to the adult who is destroying the free play of the child. However, that narrative is someone undermined at the end of the movie when the Father tells Finn that since he is now allowed to play with the Legos his sister will be too. He is horrified and we see within his imaginary world the appearance of the Duplo aliens who are there to destroy the world.

Maybe the most interesting thing to me about this movie was the religious themes. Emmet is the chosen or Special one. He has fulfilled the prophesy by finding the Piece of Resistance.But, we learn toward the end that Vitruvius just made up the prophesy. It was a useful tool to inspire people and he felt that all someone needed to be special was to believe that they are. Ultimately, Emmet accepts this theology and exercises his own freedom in becoming the hero that the Legos need to survive and saves the world not by his own might but by offering a chance for repentance and redemption to Business. So, theologically The Lego movie is a mixed bad. On the one hand, it rightly recognizes redemption and reconciliation as the true path to freedom both for the Legos for the humans, Finn and his father. But, the movie also reinforces the idea that religion (what else would your call prophesy and the belief in a chosen one) is merely a useful, noble lie that acts as an opiate for the oppressed and narrative that leads individuals to their own self-actualization.