It seems good to the Holy Ghost: A defense of progressive Christianity 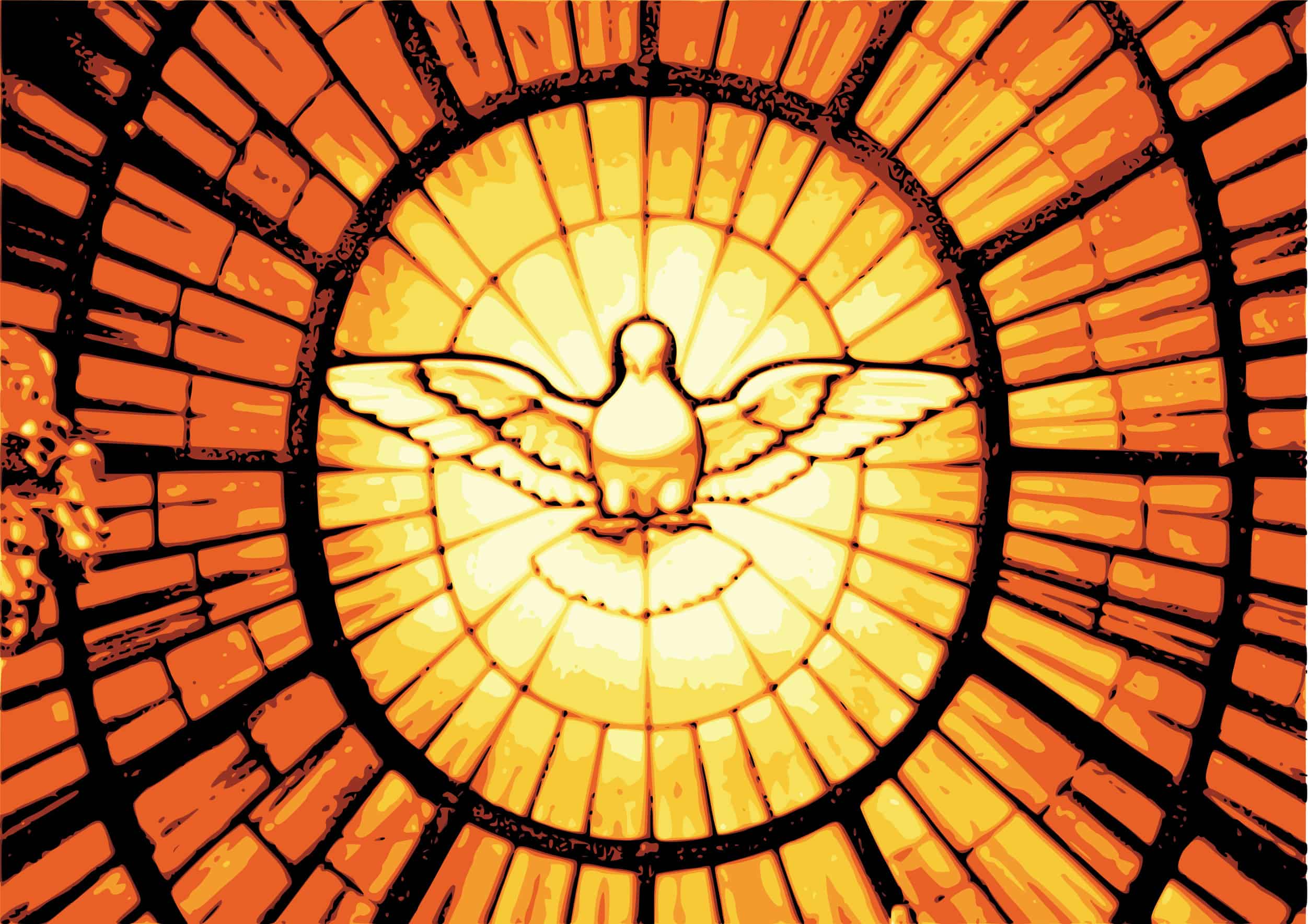 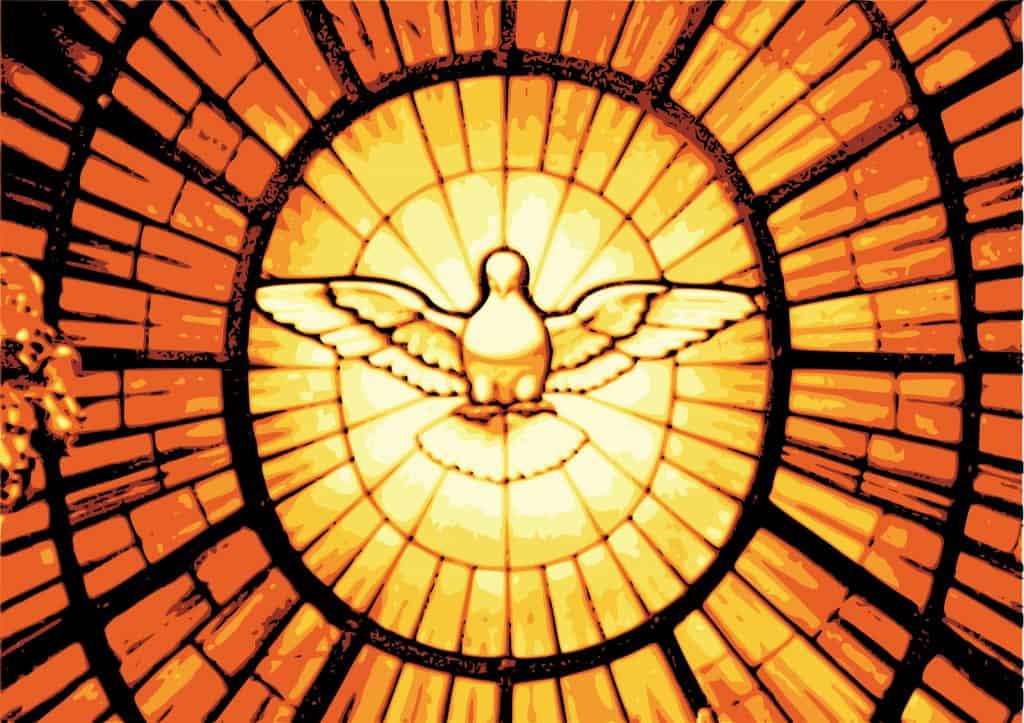 One of the unfortunate consequences of growing up as a small, skinny kid with little to no athletic talents, is that I was always picked last when participating in playground games. This happened enough that eventually, I stopped wanting to participate in the games because of the shame of not being anyone’s number-one pick. To this day, I have no idea if I was actually athletically challenged or just perceived to be so. Whatever the truth may have been, the perception of others (as to who belonged in our childhood games and who did not) resulted in me walking away altogether. Sadly, the inclusion of some to the exclusion of many continues in places where it was never intended—places like Christianity. Today’s iterations of Christianity often seem far removed from the intentions of a religion founded on the good news of “Whoever calls on the name of the Lord shall be saved” (Romans 10:13).

There is a great deal of handwringing and brow furrowing in American Christianity these days. As the American Church has long been conflated with American culture, it follows that now, when our nation seems more divided than ever over a host of social and political issues, the Church is dutifully following suit. Partisans define their opponents linguistically reflecting the binary nature of the divisions so that now the Church has its own conservative and progressive camps with competing positions on every conceivable theological and social issue. Along with an obligatory passionate spectrum that is ever-widening. But even a cursory view of biblical Christianity reveals the Church in its primal ideation did not reflect its cultures but rather transformed the cultures in which it existed. Biblically and historically, the Church has always been most effective when challenging the powerfully entrenched status quo.

What this looks like in 21st century America can be a little tricky, given the nature of our complicated histories that are so closely aligned with 17th Century philosophies. There is no debate that the founding of our country was inspired and influenced by a majority of white men who would identify themselves as Christian. But a careful examination of their beliefs reveals that few of them would actually be welcome by a majority of Christians in America today, nor should they be, considering their passive and active endorsement of the evils of slavery and misogyny that so clearly defined the age in which they lived. Modern Christianity, no matter how it would define itself, would likely reject most, if not all, of the American founders based on their dogmas and behavior.

The founders purposefully sought to codify this kind of plurality with the First Amendment that ensured that “congress shall make no law respecting an establishment of religion.” This first freedom guaranteed America would be a nation defined by a variety of beliefs but beholden to none of them. These freedoms have resulted in America becoming a fertile soil for religious novelties and innovations, most especially of the Christian genus. The liberties of the American form of government guaranteed that what Christianity looked like at this nation’s founding is very different from how it is articulated and practiced today. The evolving nature of Christianity has only been accelerated by American freedoms because by definition Christianity has always been progressive. Christianity was never intended to conserve culture, but rather to radically transform it.

Christianity, as it emerged from Judaism, was about redefining who qualified and who didn’t for inclusion in God’s salvific work. Jesus immediately, upon embarking about His ministry, turned the concepts of the old religion on its head by proclaiming, “you have heard it said, but I say unto you.” Jesus challenged every written commandment when He said “I have not come to destroy the Law but to fulfill it.” He accomplished this, not by canceling the existence of the Mosaic Law, but by transforming its influence. Jesus repeatedly challenged the notions of the religious institutions of His day and by extension continues to challenge the institutions of our day. Jesus famously said to His religious contemporaries “prostitutes will enter the Kingdom of God before you” (Matthew 21:31). In saying this, Jesus established the revolutionary essence of Christianity by granting a fast pass to Kingdom citizenship for those excluded by dogmatic systems of certainty and accepted standards of morality.

Of course, the status quo never passes out of existence without putting up a fight, and in the case of Jesus, the system murdered Him. But his death gave life to a movement that continued the radical inclusion of irreligious outsiders, marginalized minorities, and even the consummate religious insider, like Saul of Tarsus. Saul, also known as Paul the Apostle, was instrumental in the evolving nature of early Christianity by intentionally taking the message of Christ to the Gentiles. This was unfathomable to the early Christians— so much so, that The Apostle Peter had to be convinced by God in a dream, to proclaim the gospel to those outside his religious and nationalistic ethnicity. This early controversy created divides in the Church that extended the meta arguments which are still contested to this day, specifically, who is in and who is out when it comes to Christianity.

As with every movement that seeks to challenge institutionalism, the progressive ethos of Christianity continues to be questioned, leading some to label this defining characteristic as dangerous. The powerful will continue to insist that the progressive soul of Christianity leads to a lowered view of Scripture emphasizing feelings over facts, with a reinterpretation and redefining of terms and doctrines leading to a shift away from the gospel message. This prevailing attitude demonstrates what has always been the case; the message of Jesus will always be seen as dangerous to the powerful but liberating to the weak.

Perhaps one critical biblical event in the early history of the Church best illustrates that the true progressive nature of the Church, and that all of the perceived weaknesses of progressivism are actually strengths, ensuring the Church’s flourishing throughout history.

Consider the Apostolic Council of Acts 15, where once again the question of who should be excluded and included in the Church was the contested issue. There were those among the early Church who insisted on a literal reading of the Old Testament scriptures, positing that new believers should follow the dictates of Mosaic commands including the rites of circumcision. But the Apostle Paul, among others, argued for an interpretation of those passages in light of their experiences of seeing Gentiles transformed by the gospel of Christ without conditions attached. Paul made his case by utilizing Old Testament passages interpreted in light of New Testament experiences. Paul’s apologetic is what many critics today mistake as a lowered view of the Bible when it is actually an elevation of the Bible as it is lived out in those who are reading the passages. An understanding of how Old Testament passages applied to their new experiences was instrumental in guiding the early Church in their development. Equally as important for our development is how we understand the application of all of Scripture in light of our 21st Century experiences.

Later the Apostle Paul would write of a redefining of circumcision, not as a “cutting of the flesh” but as a transformation of the heart (Romans 2:25-29). Additionally, it is interesting how James characterized the pronouncement of the Jerusalem council in Acts 15 as  “it seemed good to the Holy Spirit…” This seems to indicate James, no less than the brother of Jesus and leader of the early Church, is summarizing Church edicts as “it seemed good,” which is hardly a dogmatic certainty, but an elevation of the collective feeling of the Christian community based upon new experiences. What resulted was a shift in the collective understanding of the Christian experience and an enlarging of the community of believers.

Further, James said, “It seemed good and to us.” The standard for the primal Church was a feeling that resonated with both The Holy Spirit and the community of believers and not to the exclusion of either. This passage is emblematic of an Apostolic humility that governed the lives and doctrines of the early Church. Granted, we aren’t Holy Apostles, but if they couched their proclamations with such humility, how much more should we do so, who are two thousand years removed? The modern Church should seek to continue this humble progressive tradition.

Christianity continues to progress in opening doors of inclusion to those who were previously excluded. This is the primal nature of the faith given to us by the Christ on the cross who looked at a thief being put to death for His crimes and declared “today you will be with me in paradise” (Luke 23:43). If we find ourselves excluding people from this glorious Kingdom based on our preferences of who belongs and who doesn’t, then we aren’t fulfilling the call of Jesus to welcome everyone to the magnificent feast. We are also in danger that eventually people will simply decline the invitation because of our repeated insistence on exclusive conformity. We would do well to heed the rebuke of Jesus in Luke 11:46, “What sorrow also awaits you experts in religious law! For you crush people with unbearable religious demands, and you never lift a finger to ease the burden.”

Jesus opens His arms to everyone ensuring that no one is picked last- even those we wouldn’t include in the lineup. This is amazing grace.