Does Christ’s upside-down kingdom frighten us? 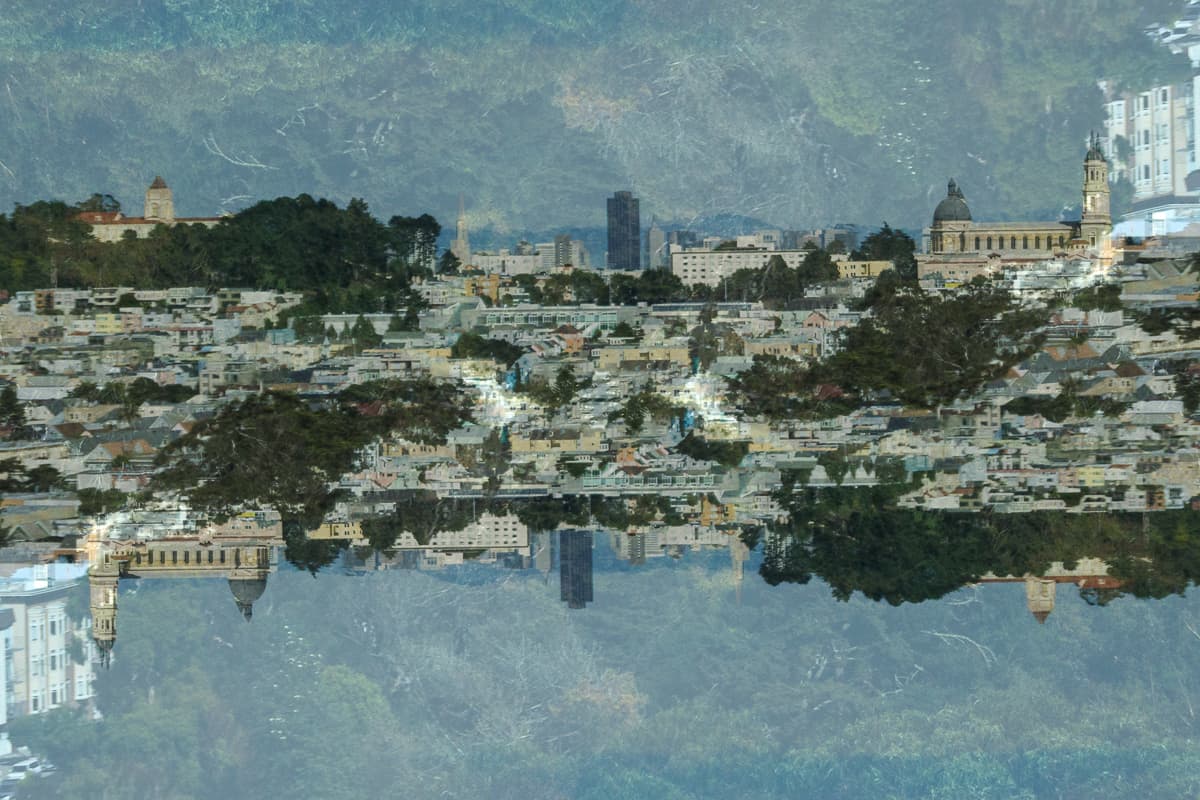 In my previous essay, which can be found HERE, I wrote of a fascinating exchange between Governor Felix and the Apostle Paul in Acts 24. To briefly recap, Paul was arrested in Jerusalem and sent to Caesarea for a trial. For personal and corrupt reasons, Felix kept Paul in prison and delayed sentencing him until Festus took over as Governor. During Paul’s time in prison, Felix sent for him often, hoping that Paul would give him money.

On the first occasion in which they conversed (with Felix’s wife Drusilla), Paul discussed three things: righteousness, self-control, and the coming judgment. Luke, the author of Acts, writes that these things “frightened” Felix. In my previous essay, I wrote why Felix was frightened, but in this essay, I am going a different direction—asking why we are not frightened.

Do not get me wrong, I am certainly not advocating for, as some might say, “living in fear.” In fact, I would argue that far too many self-proclaiming Christians in America have a persecution complex and use fear to maintain power. But, I think their fear is in the wrong box. Instead of fearing loss of power, they ought instead to fear God.

At Mount Sinai, God gave a warning via one of His commandments to not abuse His name. Cautiously and reverently, God’s people avoided speaking YHWH (Yahweh), for it was far too sacred a name to misuse. Instead, when reading Scripture, they would say “Adonai.” Perhaps, Israel went to one extreme to avoid taking God’s name in vain, but it seems as if today we have gone to the other extreme, often invoking the name of Jesus on whatever our will desires.

At election time, “prophets” pop up everywhere, claiming Jesus is on their side. Yet His disciples included a Zealot and a Tax Collector (who hated each other more than Republicans and Democrats today), and they conformed to His Kingdom, not He to theirs. In Jesus’s famous Sermon on the Mount, He did not give them strategies to take down their enemies but taught them how to love them instead. In the same speech, Jesus said, “Blessed are those who hunger and thirst for righteousness, for they shall be filled. (Matthew 5:6)”

Righteousness is the first word the Apostle Paul is said to speak of to Governor Felix. It is the culmination of faithful living. One righteous act does not make someone righteous, but instead, it is something that we hunger for, thirst for, and practice (1 John 3:7) as we grow in our faith. Additionally, if Paul quoted Jesus to Felix, he may have added this, “But strive first for the kingdom of God and his righteousness… (Matthew 6:33)” Righteousness is directly correlated with the kingdom of God, but Felix was operating with power in a blood-thirsty kingdom of this world. Making a switch from one to the other is difficult, for they are exact opposites. One hates enemies, and the other loves enemies.

Our American democracy operates differently than that of Rome in Paul’s day, but make no mistake, it still demands enemies. Even among our own people, political polarization inherently causes us to hate the other side. What we see as our own righteousness, even if genuine in thought or belief, we still have difficulty with loving enemies. But this is why Jesus calls us to seek FIRST his kingdom and his righteousness. Greg Boyd, in his book The Myth of a Christian Nation, worded it like this, “However right we may be, without love we are simply displaying a religious version of the world, not the kingdom of God. (Page 49)”

One of the ways that we can measure our pursuit of righteousness is with our ability to use self-control. As we become more righteous, the less we surrender to sin. It is not the works themselves that save us, but the works that reveal our salvation.

One of the ways that the church has continued to struggle to use self-control is in her need for political power. Power can sometimes disguise itself as influence and multiplication, but it is deceptive. I think if Paul would have presented this kind of Christianity to Felix (i.e. Christian Nationalism), he would have far more likely accepted it because it lacks conviction. But of course, neither Jesus nor Paul sought to Christianize the government. They had their eyes set on something much greater: bringing the kingdom of God to earth. There are no ends to justify the means in the kingdom of God. Instead, Jesus calls us to “be perfect, therefore, as your heavenly Father is perfect. (Matthew 5:48)”

Anyone that has invoked Christ into their own earthly political vision has forgotten or never been taught how to fear God. They are satisfied with an aspect of God yet dying to self is of little interest. They enjoy holding God at arm’s length so their power and pleasure can remain. They hold judgment over others yet have not yet worked on themselves. They get life out of hating their enemies. Like Felix, they should be frightened by Jesus’s upside-down kingdom.

In a dialogue with Pilate, Jesus said, “My kingdom is not from this world. If my kingdom were from this world, my followers would be fighting to keep me from being handed over to the Jews. But as it is, my kingdom is not from here. (John 18:36)” Jesus goes to the cross not just to die for our sins, but to show us an alternate way of being human. The righteousness that He displayed is what we are called to thirst for, seek, and practice ourselves. In her book The Crucifixion: Understanding the Death of Jesus Christ, Fleming Rutledge wrote, “All the manifold biblical images with their richness, complexity, and depth come together as one to say this: the righteousness of God is revealed in the cross of Christ. (Page 611)”

If we want a military Messiah, we should be just as frightened as Felix. Rutledge adds, “the kingdoms of ‘the present evil age’ are passing away and the promised kingdom of God is manifest not in triumphalist crusades, but in the cruciform witness of the church. (Page 611)”

Jesus would rather die for His enemies than kill them. This is not just the kind of human that He is, but the kind of King that He is. Jesus’s upside-down kingdom cannot feast on blood while dripping its own. Our repentance and continued faith in Him, the Righteous One, makes us hunger and thirst for righteous acts of justice, self-control, and love of neighbors and enemies. John R. W. Stott put it this way in his book The Cross of Christ, “We have to acknowledge our nakedness, see the divine substitute wearing our filthy rags instead of us, and allow him to clothe us with his own righteousness. (Page 162)”

Lastly, as we pursue righteousness, we have hope in the coming judgment, when God makes the world right. For others, the result of sin takes its full effect. Those who abuse their power have executed judgment on those beneath them. But in Christ’s kingdom, the oppressed, the poor, the widow, the orphan, and the hungry find redemption in His righteousness. His upside-down kingdom is filled with sufferers and those who abdicate unrighteousness, pleasure, and power. This is how we become one with Him, just as He is one with the Father.

Righteousness, self-control, and the coming judgment should be scary for some, but for ALL who willingly accept, it is very good news.