What grieves me about the January 6th insurrection 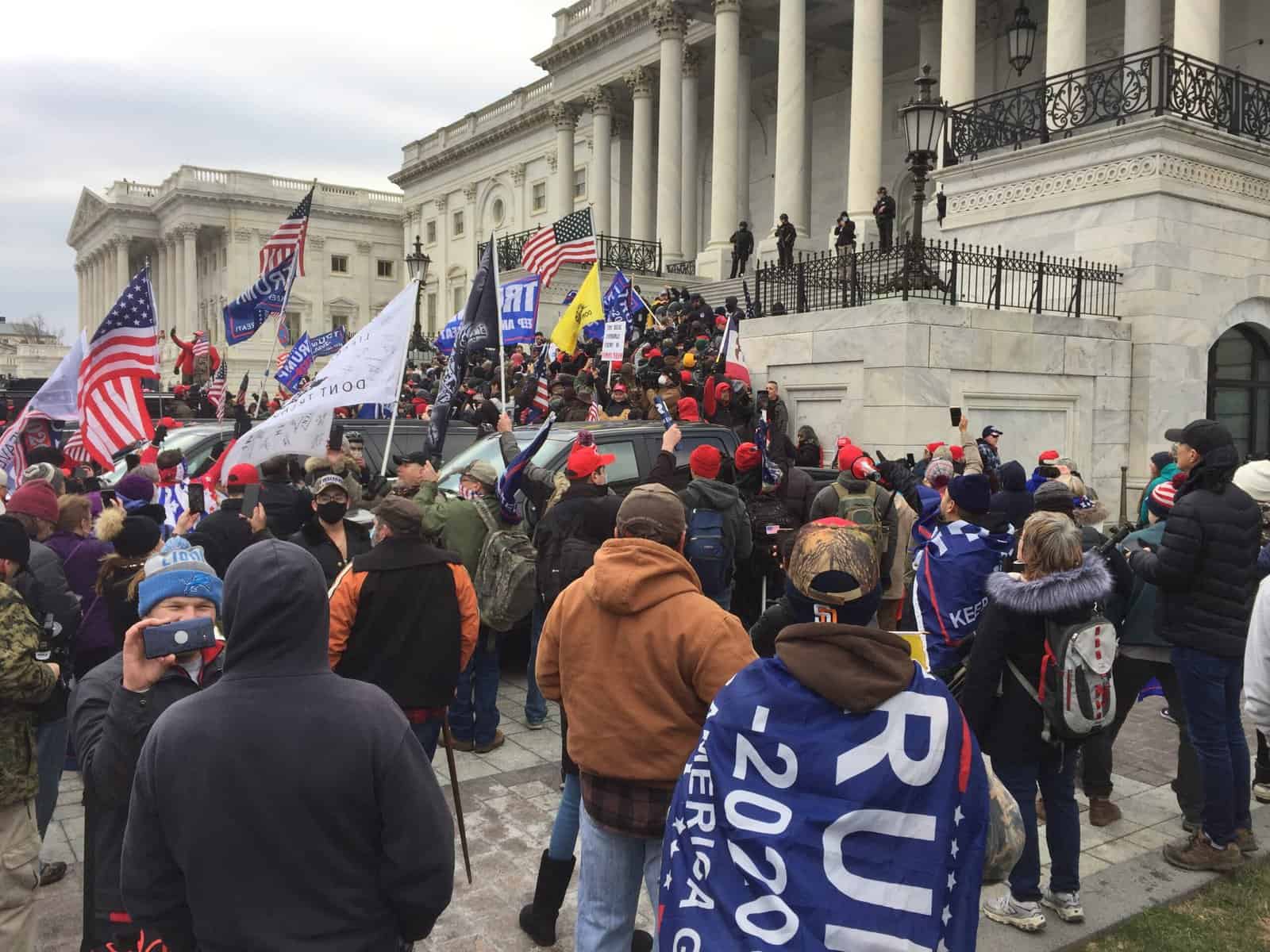 As horrifying as the January 6th insurrection was for our democracy, that was not what made me grieve.

As purposefully dishonest as the lies were from QAnon, former President Trump, cable news hosts, and the like about a “stolen election,” that is not what made me grieve.

As difficult as it was to watch our courageous officers be bullied and beaten by angry insurrectionists, that is not (in full) what made me grieve.

What made me grieve was the combining of a violent event with images of the Christian faith.

What made me grieve was watching “the Proud Boys” pray to the same God that I pray to right before they stormed the US Capitol.

What made me grieve was hearing about a woman getting arrested for storming the Capitol who used to go to my dad’s church.

What made me grieve was the false “prophecies” that claimed Trump would win the election.

What made me grieve was watching a man who has spoken at church conferences all around America deceive gullible Christians into believing he “has proof” of a stolen election.

What made me grieve was being around other Christians who make excuses for the insurrection, claiming it was “Antifa,” or “not that bad,” or “not as bad as BLM.”

What made me grieve is how megachurch pastors, televangelists, and the biggest Christian leaders called out Bill Clinton for his immorality, yet stood by, promoted, and became the sole reason that former President Trump, who exhibited the character of an anti-Christ, would be elected the 45th President of the United States.

What makes me grieve is how we are becoming a laughingstock, not because of our devout commitments to Christlikeness, but because we have chosen to believe in unfounded and untrue conspiracy theories that have no grounding in reality. How will the on-looking world believe in the faith of the resurrection if we first are showing our faith in “stolen elections,” “JFK Jr’s return,” or that “the vaccine booster will give you HIV.”

We have conservative, charismatic “leaders” in our pulpits but we lack disciples in our churches.

I can only hope and pray that our great King, the Lord Jesus Christ, will bring forth a remnant who are unafraid to prophesy, preach the true Gospel, and live a life full of love that pledges allegiance to nothing but Christ and His Kingdom.

Finally, moving from the right to the left accomplishes nothing, either. This article is not about partisan politics. We live, move, and have our being in Jesus, not in any political ideology or man-made nation.