The Business of Destabilizing 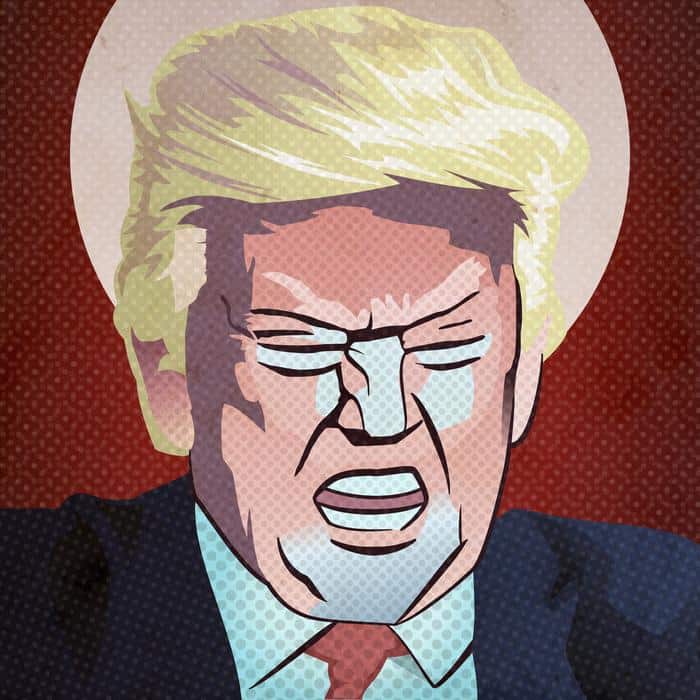 This essay is a hypothesis:

If you are worried that Trump is trying to derail democracy, you are right, but not in the way you think. Why is he doing what he’s doing? He most certainly is doing it to weaken our political system, but not by winning the election. Do not be fooled by the charade: Donald Trump does not want to overturn the election. To refresh your memory, sources close to him said years ago that he never intended to get elected in the first place. I believe that statement is as true now as it was then. So why the 56 lawsuits and counting? Why would he destabilize his own country while still in office? The answer in my opinion is quite simple: for the past five years and arguably the four years before it, destabilizing his own country has been his business.

You may know the origins of “Keep calm and carry on.” It was a sign distributed by the British government during World War II. The purpose was in the fact that a calm people was a healthy and unified people, forming a civilization that could stand firm against a threatening outside force. In recent memory, the political propaganda industry has been anything but calm. Marketing drives the profitability of social media, which therefore makes its money by its ability to pipeline clicks. Media outlets have discovered that outrage is a cheap and easy way to harvest clicks, and this has created an entire industry of outrage, of which Donald Trump is both a symptom and a cause.

Before his playing around with politics became something slightly serious, he was generally a person of liberal leanings. He discovered a vast untapped market in the anti-establishment wing of the Republican party: an angry mob who believed America was once great and no longer was. Breitbart, which had by then degenerated into an alt-right outrage clickbait machine, went all-in on him. If you said anything negative about Trump, even if it had nothing to do with Republican policy, they had a smear article about you before you got home from work. He ran for the Republican nomination as a polarizing figure in his own party and went on to win perhaps the most polarized election in American history. As Heather Cox Richardson observed just yesterday, “He was the first president ever to file for reelection on the day of his inauguration, permitting him to hold ‘rallies’ and to raise money throughout his presidency.” The same polarization continued to be his business throughout his term.

While then-candidate Biden made a pledge to be a Democratic candidate but and American President, Trump never once attempted to brand himself as bipartisan when he found himself in an almost equally polarizing campaign. Now that he has lost, why should he stop now? Referring to all the back story enumerated already, he has it well figured out that he doesn’t need to be an elected official to be a demagogue, which is what he really wants. The point of contesting the election is about keeping his career, not as an elected official, but as a demagogue. It does not bother him one bit that he has lost now 55 out of 56 lawsuits. It’s debatable whether he himself even believes he has a path to victory. He simply knows as long as he says he won, his following will believe it. If he were to concede, to graciously lose instead of polarize, his following would conversely lose interest in him, and he would be headed for the life of a conventional ex-President, living with a security cohort but mostly removed from the public eye. Nothing would be more out of character for him. Ironically, his true believers have tried to make a real argument out of comparing his rallies to Biden’s, which is extremely revealing. They themselves are more interested in a rally president than a real one.

How should the Biden administration handle this? Or rather, how not to handle it? Less than a year ago, the Russia probe and impeachment circus accomplished embarrassingly little, Biden was a candidate of little excitement, and Trump was firmly on the path to re-election. It was only when his leadership was tested, when he was forced to produce real job performance, and we saw him slowly and dramatically implode over a period of nine months, that the tide finally turned against him. First and foremost, do not help Trump to keep his name in the headlines. There’s a reason nobody ever campaigns on weakening the middle class. If the Biden administration delivers positive economic performance, people will generally be in a much better collective mood, and people don’t go perusing conspiracy theories when they’re in a good mood. Elections are won and lost on an ever-shrinking but still critical muddled middle who vote on quite simple terms: if they’re happy, they keep the ruling party. If they’re angry, they vote them out. The new administration should not enter any legal battles with the old one unless they’re forced to, or unless it’s the type of case that wins itself. In short, do not be dragged into the deep waters by Trump, but keep the country and its people on the solid ground of prosperity. It’s one of the last things Americans still agree on.

The same applies to all of us. It is impossible to win an argument with a conspiracy theorist, so it is much better not to fight that battle. Trump will probably never concede the election until the day he dies. So as Dr. Seuss did with The Zax, far better to simply build the highway around him and wait for that inevitable day. Keep calm and carry on.