A merciful God for a complicated people 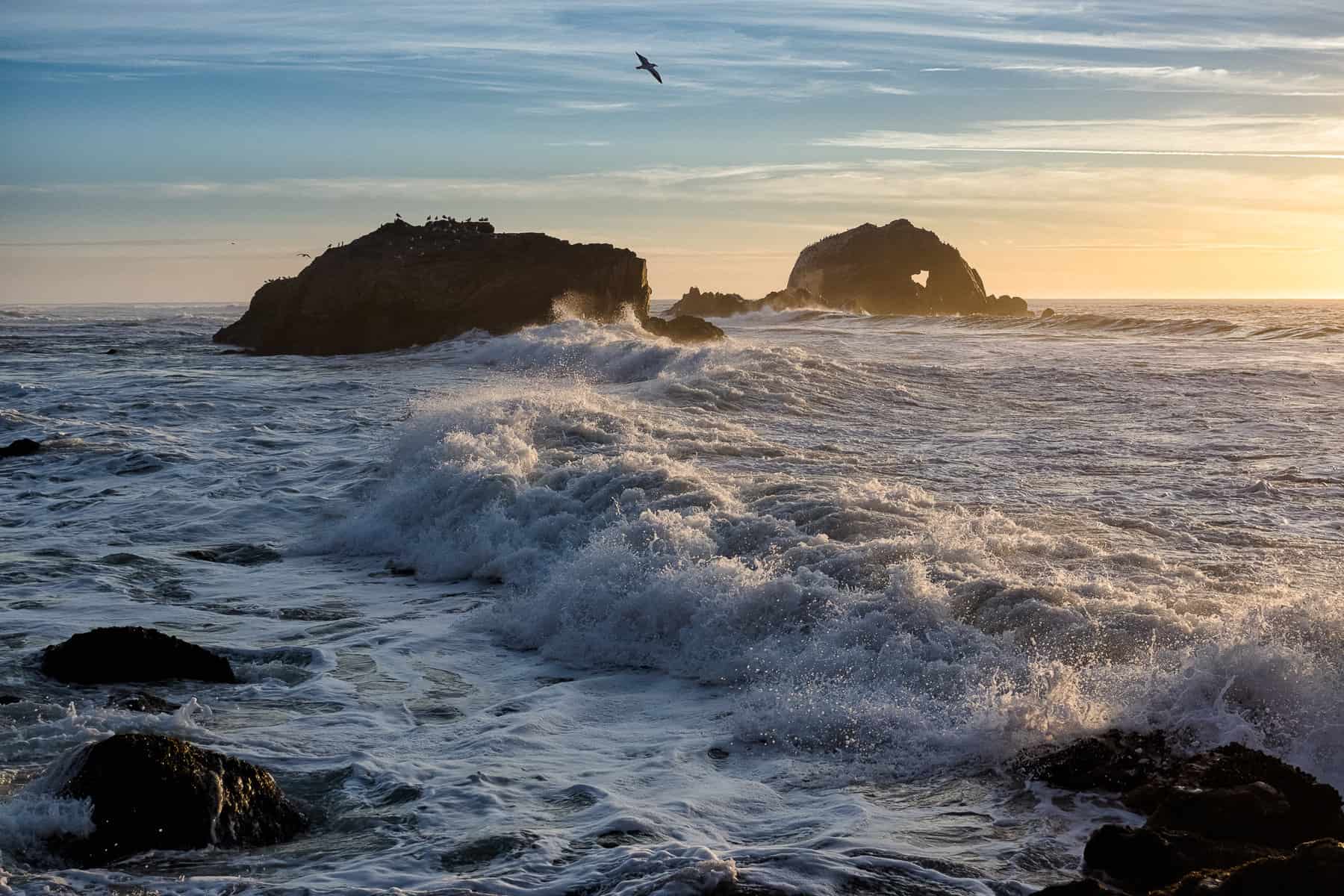 “Jesus Christ is the same yesterday, today, and forever. (Hebrews 13:8)”

When this verse is presented in church, the skeptics in the room immediately wonder what happened between the God who commanded his people to violently destroy entire populations and parents to eat their children (among other disturbing images), with the Jesus we read about in the New Testament. If they are indeed the same, why does there appear to be a massive difference? And why does the church, in general, not care to talk about it? Why are so many topics off-limits? Is God only for the “yes men,” or is He for the skeptics, too? It seems to me that the world, the Bible, and God’s created people are wildly complex. When the church dumbs theology down, it shouldn’t surprise us when the smart ones leave.

One of the first skeptics was Marcion of Sinope (c. 85-160 AD). Marcion simply could not comprehend a world where these texts revealed the same God. At that point in history, the books we now consider the New Testament, were in circulation—and considered to be inspired—but had not been added to the Hebrew Bible. So, Marcion did it himself. He published the first New Testament canon of scripture, which left out not just the Hebrew Bible, but also much of the New Testament books. This forced the early church to denounce Marcion as a heretic and led the church to begin compiling the New Testament that we know today.

There is something appealing to me about Marcion’s honesty. I wish the church would be more willing to ask questions, dig a little deeper, and bury themselves in the tension of difficult texts. It could be said that Marcion asked questions honestly, but never dug in long enough to allow the Holy Spirit to help him make sense of the two testaments.

Marcion would fit in well with progressive Christianity today. Progressive Christians often leave behind a strict, fundamentalist faith for a faith that looks like the living Jesus, but not the dying one. They rightly and beautifully want to live like the Jesus that cares for the poor, refugee, widow, and orphan but forget the pain and anguish that their own sin caused Jesus on the cross. Like Marcion, their skepticism might have brought them toward a version of the faith, but it might miss the complete story.

However, I would also argue that what they left behind in the fundamentalist churches was necessary for their growth as people. After all, what is a Christian that does not care for the poor, refugee, widow, and orphan? The strict, fundamentalist churches might keep the Old Testament because they want a wrathful God, or use words from Paul because, when read plainly (and without cultural context), it allows them to suppress women. With this said, no one can be put into a box. We simply have too little information on most people to be able to determine who is “in or out.”

This leads me to the following point: People are infinitely more complicated than we want to believe.

It is a tendency of mine to look down on people that are not modeling the kind of faith that I am, sometimes questioning whether they are really “saved.” I have to remind myself that people are products of their environment and only God can see their life in full. Perhaps this is why, all throughout the New Testament, we are called to not judge others.

Imagine the following scenario: A woman grows up in a Christian home but her parents get a divorce when she is 14. Her father was abusive to her mother and her growing up yet has maintained his position as a deacon in the church. After the divorce, her mother left the faith and began down a dark path of promiscuity. The daughter doesn’t see that as a path for her and is desperate for something more, something deep and something spiritual in her life. While in a season of seeking, she is confronted by Christians as she is leaving a concert holding signs about going to hell and screaming at her for daring to enjoy a concert of one of her favorite artists. This encounter turns her off from Christians and God, again. Now, anytime she posts on social media or is bumped into by her old church friends, people assume she’s “lost” and is following in her mother’s footsteps toward hell. In reality, she volunteers at a non-profit that helps refugees assimilate and thrive in America.

Under different circumstances, she would be a Jesus follower, but she was forced to reject the false jesus, making it unlikely that she will find the real one. Certainly, even in this scenario, there is hope (if not now, perhaps postmortem? See 1 Peter 3:18-20). But I think if we are honest—if we know her backstory—we would want to have mercy even if she dies without truly knowing Christ. How much more merciful is Jesus than us? And how much better does Jesus know the ins and outs of each person than we do? I think we have to assume that the complicated nature of this woman could be handled best by an all-knowing, merciful God.

This is not to say that there are alternate routes to Heaven. Scripture is pretty clear that only through Jesus can we be saved. Does that mean that the abuser goes to heaven and the one who cares for refugees doesn’t?

1) People that do evil do not come to the light because they don’t want their deeds exposed. The abusive father in the above scenario can hide in a church that does not require him to come to the light. It may be labeled a “church,” but is it?

2) Deeds can be done “in God” even without knowing the person of Jesus. Could it be that it is more Christlike for the woman to recognize and abandon the evil from the abusive father and the angry Christians than for her to be drawn to it?

Now, I would still like to stress the importance of evangelism. Jesus desperately desires a relationship with those who bear His image. He has continually entrusted fallible people to deliver His message which will result in both positive and negative experiences. From the present to when the first pages of the Bible were written, God continues to allow His people to tell His story. Unfortunately, this complicates our desire to tell who is in or out.

God could have dropped 66 books of the Bible from Heaven without a trace of error or contradiction, but He didn’t. While Jesus was on this earth, He could have written His own Gospel to avoid discrepancies between Matthew, Mark, Luke, and John, but that is not how God chose to reveal Himself. He used and continues to use complicated, fallible humans to freely share His gospel message. Some share His gospel out of pure love and others do it for their own gain. But in order for genuine love to take place between Him and His covenant people, He has graciously given everyone a free chance to choose something other than Him. In other words, He will never impose Himself on anyone. Instead, He desires the kind of intimacy that must be chosen.

Ancient Near Eastern (ANE) people could not possibly understand (much less, worship) a God who was unwilling to give them a king, delight in animal sacrifices and allow them to have concubines. So, He allowed Israel, without coercion, to live their lives as ANE people and tell a story that was beneath His character, in order to move them closer and closer to His full revelation as revealed in Jesus Christ.

Jesus is the same yesterday, today, and forever. His incredible love continues to give people say-so, even when it’s beneath His true character. As we are sanctified in the Spirit, our character starts to align with His. We will care for the poor, refugees, widows, and orphans; we will repent and turn away from our sin; we will ask questions; we will not judge someone whose backstory we do not know; we will evangelize; we will trust that God will rightly judge all people. Finally, we should desire to find the mystery, learn beyond our traditions, and see where it takes us. In fact, the church should be a place that can bring this out of people.

Our world is complicated, but among the Marcion’s, the abused, and the skeptics, we can be confident that there is a God who is not overwhelmed by the ugliness and the messiness of it. His slowness to anger, never-ending patience, mercy, and wisdom allow us room to progress and regress without a divine temper tantrum. What the entire biblical message tells us is that He is willing to compromise His immediate ideal in order to see us flourish as His created beings. If we love Him, we will compromise in return, for there is no greater way to be human than to be like Jesus.