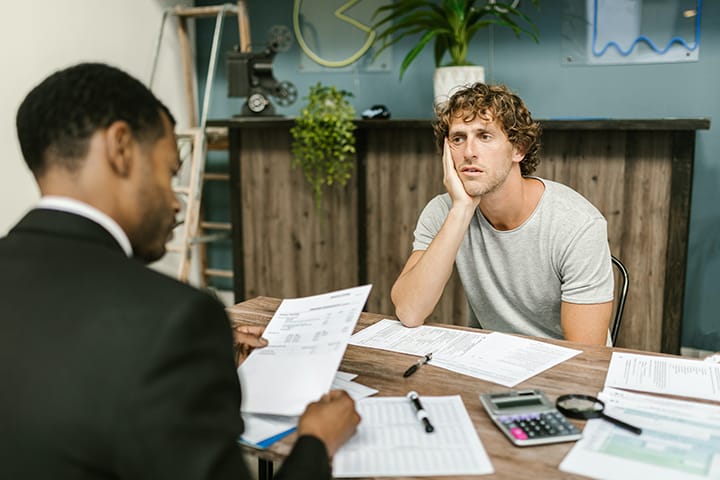 “He paid the debt he did not own, I own the debt I could not pay/ I needed someone to wash my sins away.”

Student loan debt has become a perennial topic amongst millennials and members of Generation X, in part because it is part and parcel of the college experience for many. While a lot of people who do not have student debt are tempted to dismiss the discussion as the whining of those who are unwilling to pay for the services they have received, the truth is matters are often dreadfully complicated by loans that are structured to self-perpetuate or servicers who go to near-Satanic levels to make graduates accrue additional interest and fees. 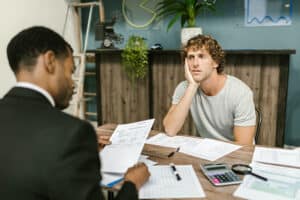 Consider Debbie Baker’s horror story: she graduated in 1999 with $35,000 in debt that her servicer placed in forbearance because she wasn’t immediately employed after college; because the servicer would not allow her to make even partial payments, the loan debt ballooned to $52,000 and forced her to seek an income-based repayment relief plan. She paid out $36,000 over that time (more than the original debt), but when she tried to have those payments counted toward another program that would have eventually discharged all of the extra fees and interest, she was told those payments would not count. As of March 2001, she owed  $81,000 even though she was making $300 monthly payments. She says she has no hope of paying it off.

Rather than focus on student loans per se — though I do believe there is some application here — I would like to use them as a springboard to discuss how people who take the Bible seriously are to relate to debt, or more specifically, to debtors. The scriptures, patristic-era fathers and even the magisterial Protestant founders all speak out against usury, the practice of using debt service to keep people perpetually in a cycle of arrears.

All Christian discussions about debt begin not with the Christian era, however, but the Torah. Early on the people of Israel understood the danger of compounding payments, and recorded a command from Hashem that not only barred charging interest but also collecting security for a loan. The logic for the ban, as laid out in Exodus 22, is that securing the few valuables of a man already in need  is going to further disenfranchise and possibly endanger him. He is facing enough hardship without a lender’s burden.

If thou lend money to any of My people, even to the poor with thee, thou shalt not be to him as a creditor; neither shall ye lay upon him interest. If thou at all take thy neighbour’s garment to pledge, thou shalt restore it unto him by that the sun goeth down; for that is his only covering, it is his garment for his skin; wherein shall he sleep? and it shall come to pass, when he crieth unto Me, that I will hear; for I am gracious. (Jewish Publication Society-1917)

The logic is further expanded in Deuteronomy 24, wherein the command is given that a man’s millstone cannot be taken as a pledge (v. 6), “for he taketh a man’s life to pledge”; in other words, his ability to pay and his ability to feed himself while trying to pay would hang in the balance if his means of production were taken for security. A little further in the passage, harassing debtors by invading their privacy is barred (v. 10).

Even within those guidelines, however, Biblical-era lending was done with an eye to a future where all debts must end — and not a far away one. Deuteronomy 15.1 lays out the guidance for the sabbatical year, specifying that no debt can last longer than seven years, and in some cases — depending on when the debt was incurred — much shorter.

At the end of every seven years thou shalt make a release. And this is the manner of the release: every creditor shall release that which he hath lent unto his neighbour; he shall not exact it of his neighbour and his brother; because the LORD’S release hath been proclaimed. (JPS-1917)

Even more striking is the passage that follows in verses 7 to 11, in which Hashem tells the people of Israel that they are to lend even if they know that the Jubilee year is at hand. Then, in verses 12 to 14, they are told that if someone has become so indebted that they are enslaved, they are likewise to be released of their debt in the seventh year — and not just released, but paid for the work they did while enslaved.

Even the concept of land-as-holding is challenged. In addition to the seventh-year discharge of debts, after seven cycles of that, families were to be able to return to property that they had previously sold. Consider Leviticus 25.8-14:

“In this year of Jubilee you shall return, every one of you, to your property. When you make a sale to your neighbor or buy from your neighbor, you shall not cheat one another. When you buy from your neighbor, you shall pay only for the number of years until the Jubilee; the seller shall charge you only for the remaining crop years. If the years are more, you shall increase the price, and if the years are fewer, you shall diminish the price, for it is a certain number of harvests that are being sold to you. You shall not cheat one another, but you shall fear your God, for I am the Lord your God. (New Revised Standard Version-Updated Edition)

So what can one draw from these passages? The first principle is simple enough: loans that were designed to be undischargable, or that are structured in a way that will prevent the debtor from paying them off, were verboten for the children of Israel. The second, in the light of the seventh-year discharge, follows from that thought: debtors have to be offered a way out, even when they can make no way out themselves.

The third principle likewise flows from that: the seventh-year sabbatical not only offered freedom to debtors, but by its very existence it limited the extent to which the poor or needy could be exploited in their desperation; no one could become so entangled in debt that they had to be a slave forever, and when their time as another person’s bondservant was over, they would be given what they needed to start anew.

The sabbatical also served as a curb on the amount to which a lender’s ambition could lead them down a path of debt accumulation. To use the language of today, it would not behoove them to create a huge debt portfolio with an eye to continually collecting on the backs of the poor. This was, in a sense, an incredibly compassionate hobble on the lender, because one cannot accrue large numbers of debtors without being exploitative in some way. The sabbatical was good for them because it at least partially divested them of motive for capital-based evil in the long term.

The Jubilee, for its part, meant that bad circumstances, or even bad decisions, did not leave a person bereft of their family inheritance forever. It also served as a way to keep social hierarchies from developing too far out of control, because even if a wealthy person was able to accrue a vast amount of property (and thus power over it), their holdings were essentially leases that would expire on the Jubilee year, freeing the family that had once needed to sell it to return to their stead and possibly use it to greater freedom.

In all of this, repayment of debt is an understood part of the arrangement at all times outside the sabbatical year, but the emphasis throughout the passage is on the ultimate loan forgiveness and not on protecting potential profit. The message seems to be that in lending we are our brother’s keeper.

Instituting sabbatical and Jubilee principles in our own society would face its own complexities — capital is much more ingrained and enmeshed in what we do than it was in the ANE tribal confederacy of Israel at the time the Torah was composed — but they are there. In some instances, people have banded together to free others of medical debt, pay off a mortgage, or even give permanent housing to someone; since the society is unwilling to live by the principle, those who want to see it in action act together to provide mutual support. Those who have been made free are free indeed, and freedom from debt is a significant step away from the wrongheaded hierarchies of our time.

The tension in providing such aid is not to allow people helping others out of a nightmare to become an inspirational distraction — after all, many of the feel-good stories of people helping people that we hear on the news are the direct result of living in a nightmare economy, where medical bankruptcy is common and housing costs keep increasing without cause. Liberating one or two or a thousand people does not free us from the necessary work of doing what we can, in whatever our capacity, to reform a society beholden not only to Mammon but debt slavery.

In our own dealings with lending help to those who need it, we must consider first that it might not be a loan at all, but aid given in solidarity, and that if it must need be a loan, it can be one that is given with eye to the possibility that it will only be partially repaid and repaid without interest. We must find ways to empower the person not only to clear their debts but to live a life abundant: “thou shalt not let him go empty”.

To circle back around to student loans, that’s going to call not only for agitation for solutions for people trapped in those cycles of debt, but also for reforms to the loan system, to a higher education system that has inflated its costs much more quickly than inflation generally, and to a society as a whole that has made students feel forced to seek degrees because of implicit and explicit credentialism in fields where extended credentials are not necessary. Those examples are only a start, of course, because breaking down debt servitude will by necessity mean breaking down hierarchies that exist purely to re-enforce the structures that keep people at a level where debt service is necessary.

There is more to this discussion from a Christian perspective — after all, there’s Jesus’ command about lending freely and his brother James’s railing about exploitation in the Christian Bible, among the most obvious examples — and I will return with further discussion, including with the perspective of the patristic-era writers, magisterial Protestants and 20th- and 21st century thinkers in the near future, but I wanted to begin the discussion by showing that a God’s-eye view of is debtor-focused, and that focus is clearest when debt is forgiven.