Forgive us our debts 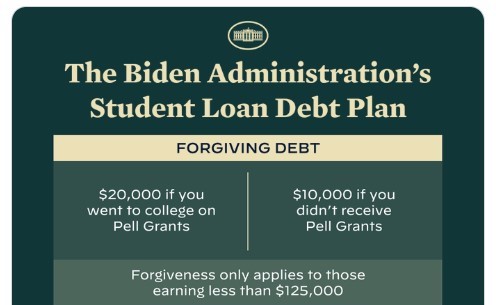 With news that the Biden administration is forgiving a portion of student loan debt, social media platforms predictably erupted with vitriol from those opposed and guarded celebration from those believing it is a good first step. Of interest to me, was the volume of posts from those in my news feeds who identify as Christians, and who are vehemently opposed to the forgiveness of debt. The justifications for this opposition run the gamut, from those who are convinced it was fundamentally unfair, to those who suggested this was part of a larger government conspiracy to bring about a “One World Government.” Arguably, a one-world government shouldn’t necessarily be a bad thing to those lamenting its rise, because they also believe it to be a necessity for the second coming of Christ. As I contemplated these responses, it occurred to me that perhaps a troubling trend is emerging among American evangelicals, that goes beyond mere governmental forgiveness of student loan debt.

It seems that American Christians, generally speaking, are becoming far more defensive on economic, political, cultural, and ideological fronts. While the convergence of Christianity and Republican politics isn’t new, the incivility with which it is being expressed is. The volume and insulting nature of those who claim to represent Christians and Christian values should cause distress to all who still seek to emulate the example of Jesus. For example, at an Orlando campaign rally when speaking of Dr. Anthony Fauci, Florida Governor and likely 2024 presidential candidate Ron DeSantis suggested; “Someone needs to grab that little elf and chuck him across the Potomac.” While it is true that left-leaning politicians are guilty of the same kind of over-the-top rhetoric at times, the fervor and frequency with which it is now embraced by those on the right is alarming.

This allegiance to name calling and talking tough amongst the GOP and often by those they represent has become a sort of rite of coronation, a verbal Stone of Scone which must be hurled at those who disagree with them the slightest. But much like this celebrated “Stone of Destiny” in the history of the British Monarchy, Republican rhetoric is increasingly a mere relic devoid of any actual persuasive or inspirational content. Sadly it seems, the words most often spoken by those in the church mirror those spoken in politics, lacking a measure of substance that could truly prove helpful to anyone. For example, I recently came across an influential pastor lamenting the evils of deconstruction and specifically its philosophical underpinnings made popular by Jacques Derrida. Although there certainly may be threats from critical theory and the philosophers that promoted their use, the American Church has much more to fear from white nationalism and capitalism run amok, yet very few are willing to speak out against these evils. There is no end to evangelicals and their leaders pointing to Critical Race Theory or Democratic economic policies as the greatest tool the Devil has ever wielded against humanity. I suppose old-fashioned greed, lust, pride, and deception have become obsolete in the Devil’s arsenal. Or perhaps, to point out these sins would hit too close to home considering the politicians they venerate.

In contrast to the division of our age, the model prayer that Jesus offered to us as His followers, speaks volumes, especially when Jesus said “Pray this way…Forgive us our debts…” This posture exemplified by Jesus causes all of us who are willing to pray sincerely, to take our eyes off of others and look honestly to ourselves. We are the ones who are ultimately burdened with sin, guilt, and debt, for which we could never atone, no matter how righteous our deeds or how noble our intent. We need someone to bail us out. Thankfully we have Jesus, the author and finisher of our faith. Yet instead of contemplating these beautiful and eternal truths, the focus of the American Church of late seems to be why we find it offensive that the government would forgive economic burdens. The common retort of those who have been forgiven much is to scream “How dare the government try to improve the lives of anyone!” Those who claim to have received eternal salvation while simultaneously confessing that they are deserving of eternal damnation, declare “anathema” over tools of education that bring to light the atrocities of the past and help others better understand pathways to restorative justice.

The many warnings of Jesus about the dangers of loving money come to mind when I hear evangelicals spend much time and energy railing against perceived economic unfairness by eliminating debts or other fiscal policies with which they disagree. Indeed, Jesus made it clear in Matthew 6:24:

“No one can serve two masters, for either he will hate the one and love the other, or he will be devoted to the one and despise the other. You cannot serve God and money.”

The master of money conflated with the false idols of nationalism, consumerism, and white supremacy continue to hinder the Christian witness in America. I believe future generations will look back on this time in the history of the American Church and deem it to be much in the tradition of the lukewarm Laodiceans -about as influential as spit.

Thankfully the only institution that Jesus endorsed isn’t without hope of redemption, but we who count ourselves as followers of The Way must be willing to return to the foundations of the faith that Jesus taught. It doesn’t get any more basic than sincerely and with contrition praying “Father, forgive us our debts…”