Corn in the walls? Tornado reveals time capsule in church 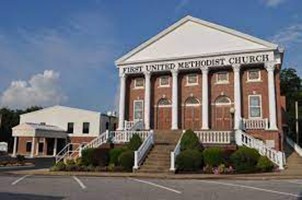 The funny thing about time capsules is that sometimes they’re forgotten.

In the case of the Dresden First United Methodist Church, the recovery of a time capsule placed in a cornerstone only happened because the Tennessee church’s building was destroyed in a December 2021 tornado. The cornerstone in question was for a portion of the church dedicated in 1923.

“Of all the artifacts we discovered, the most meaningful for me was a typed letter from the church’s pastor at the time, S. L. Jewell,” said [museum Senior Director of Collections and Exhibits Jennifer] Wildes. It included a short history of the church, and he noted that the letter had been ‘hastily written for information of someone who may in coming years look in the box.’”

The majority of the items were well preserved with the most unexpected item being an ear of corn. A letter wrapped around the ear noted it was of the Little Willice variety and was placed in the box by E. E. Ellis, the Weakley County agriculture agent. Ellis wrote, “May God’s richest blessings be with each farmer and those that depend on farmers as long as good old Weakley County continues to be populated with people.”

The museum detailed other items discovered in the capsule and discussed how to contribute to the church’s rebuilding efforts here.