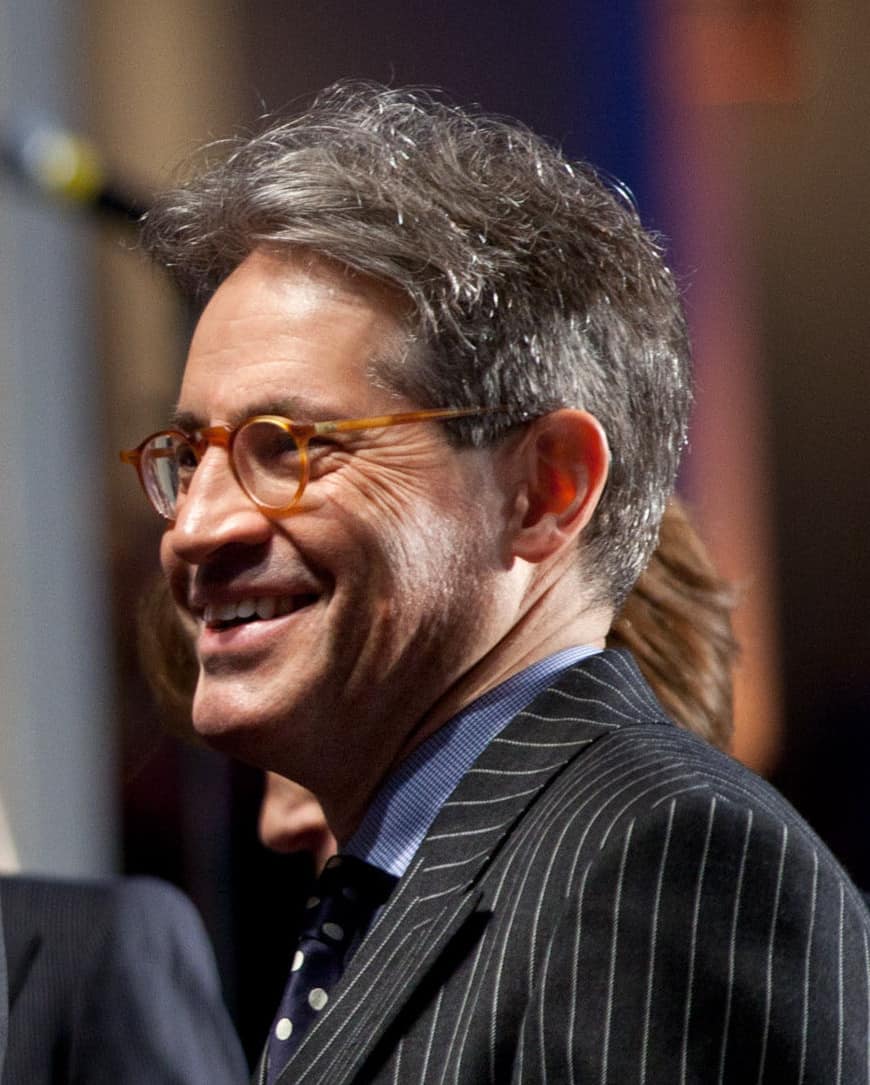 Eric Metaxas was once a fairly well-regarded voice within the evangelical community, and a book he wrote about Deitrich Bonhoeffer put him on the evangelical map. Over the last five years, however, he has become increasingly polarizing as he fully embraced the ideology of Donald Trump.

During the 2020 presidential election, Metaxas was widely criticized for, without physical provocation, punching an anti-Trump protester riding his bike and knocking him off. The Trump evangelical movement has embraced Metaxas and his polemical approach.

Most recently, Metaxas has drawn attention for calling the conviction of Derek Chauvin for murdering George Floyd “mob rule” and invoking the imagery of an early 20th-century lynching. Historically, mob rule and lynchings have taken place outside the law. The conviction of Chauvin happened within the systems of the law.

Some evangelical voices, such as Warren Throckmorton, are critical of the white, Yale educated Metaxas evoking imagery of lynching and vigilante “justice” in response to a legally held criminal trial. 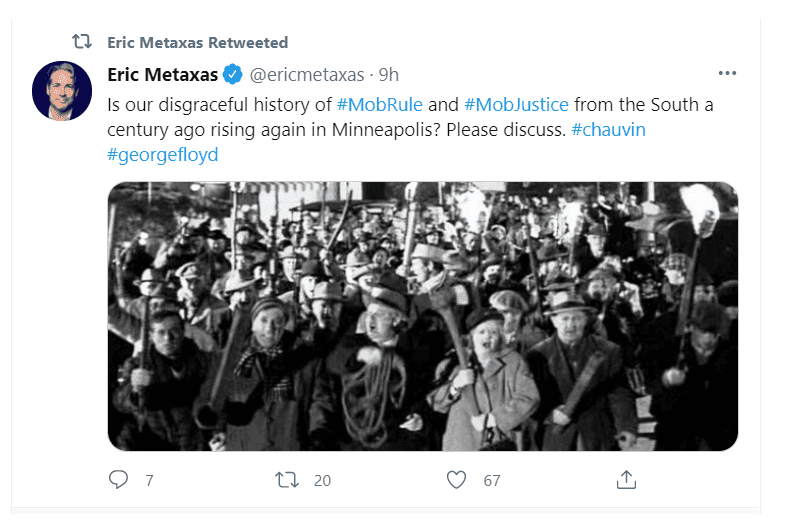 The generally accepted definition of lynching is “a form of violence in which a mob, under the pretext of administering justice without trial, executes a presumed offender, often after inflicting torture and corporal mutilation.”

Chauvin’s trial lasted three weeks and had a full day of closing arguments.