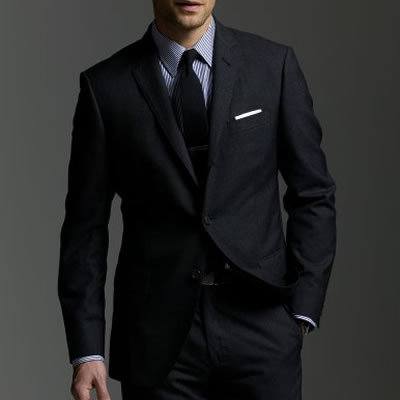 The situation at Louisiana College has received a great deal of attention. Unfortunately, there does not seem to be any movement toward resolution. Individuals such as myself who feel that a change needs to be made at Louisiana College point to documents from Donors and Administrators who charge, convincingly we believe, President Aguillard with actions that are clearly immoral and likely even illegal. We point to faculty being released without cause or because they did things that were allowed and ethical but the administration did not like. We point to deteriorating facilities and accreditation issues. The other side claims there is nothing wrong. They claim that we are just spouting propaganda. There seems to be very little movement.

On the Town Talk comments for the Article about the Independent Investigation into whistle-blower accusations authorized by the Chairman of the Board of Trustees a commenter named Frank Elliot continues to claim, “Anyone can make accusations, and it appears that the accusations are based on opinions rather than facts.” On Twitter, a minister named Tim Guthrie claims that “one-sided propaganda is all that exists at current.” In the comments for the blog of Joshua Breland Jessica Rider wrote, “And if these “anonymous” donors’ views are the same as Quarles’ then maybe Dr. Aguilard doesn’t want their money and has faith that God will provide like He always has!!! Satan has been in attack mode on this man from day one so he must be doing something right!!!”

There seems to be an impasse of public opinion, though it has swung more broadly against Aguillard’s presidency in the last two years. But, what happens now? I don’t know. Sadly, I think that Aguillard will stay in his office and LC will continue to struggle.

While the statements of the true believers above astound me and I find them unfathomable they are not really what bothers me. I was told yesterday by a person who should know, “I have heard rumors that Hankins is trying to say that the board cannot consider a motion to remove Joe until any board members who have given information to the media or blogs are kicked off the board.” I don’t know if this rumor is true. But, it sounds reasonable given what I know about Hankins. One can certainly make the argument that any Board member who has leaked if they have leaked, information has violated the very broad confidentiality agreement that they had to sign in 2012 to stay on the Board. But, these same board members also have a moral and fiduciary responsibility for the college. What are they to do when the majority of the board is making decisions that contradict the biblical principles under which the college is supposed to function? I am sure it is a hard spot for these board members. They don’t have the whistle-blower protections which Quarles and Johnson enjoyed. There is no higher earthly authority that they can appeal to. Ultimately, all they can do is make the moral failings of the Board and the administration known and hope that the LBC laity will put enough pressure on the Board so that they will choose to do right.

What really bothers me though is the moral flip-flop that has happened. Leaking information about immoral and illegal activities is apparently unforgivable. I’ve also been told that the narrative in Central Louisiana is that there is a cabal of “liberal Calvinists” who are set on destroying Baptist life in Louisiana. I know most of the Calvinists who have been attacked. None of them can even remotely be considered liberal and they all also love the SBC and Baptist life. This seems to be a pure distortion for political reasons. At the same time, there are documented dishonesties by Dr. Aguillard. David Hankins is on the Executive Board and knew the allegations against Aguillard and the findings of the independent investigation (which by the way is the way these sorts of investigations should happen not through politically motivated internal investigations) yet he moved at the last board meeting to have the charges dismissed as without cause. He didn’t even want a discussion on it. When the public finally got a look at the investigation report this week we learned that not only did Aguillard misappropriate almost $60,000 from the Divinity School for his Tanzania project but we also find that he used Divinity School funds to buy himself two $1000 suits! How have we come to a place where it is wrong to expose dishonesty but it is okay to steal money from a Divinity School to buy expensive clothing for oneself? I think that sort of moral paradigm is unconscionable to the average Christian. At least, I hope it is.