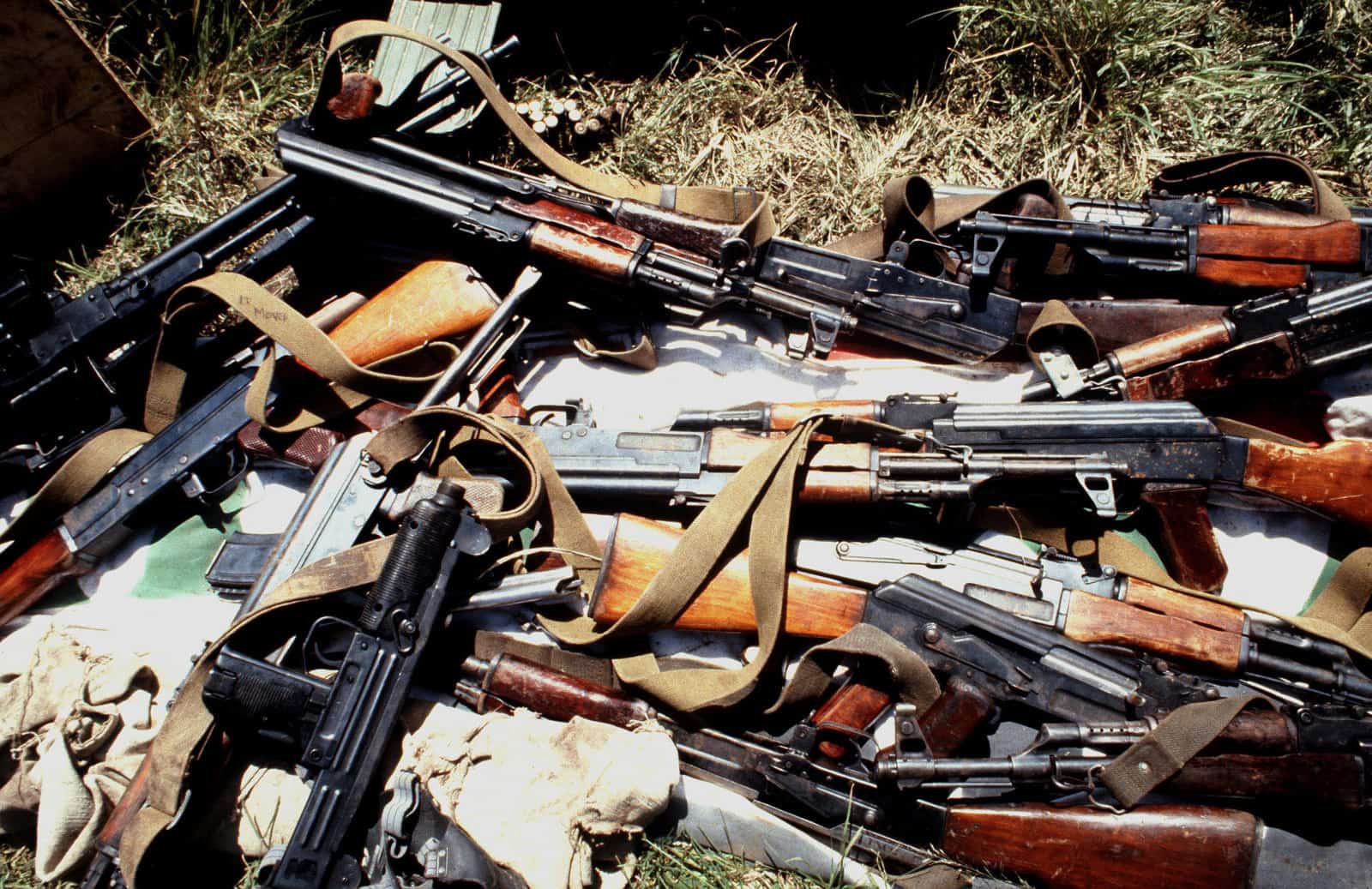 It seems that in America, guns have replaced God as a source of confidence, comfort, and protection in times of trouble–and with deadly consequences. Like the lamentation of the Psalm 20:7, we have misplaced our trust: “Some trust in chariots, and some in horses [now guns]: but we will remember the name of the Lord our God.” The proliferation of mass shootings in America along with the reluctance to do anything substantial to stop them is telling of our general lack of collective resolve and character. The tragedy in Uvalde, Texas, and in Buffalo, New York, are but the latest examples.

Twenty-one. The number now reported dead at the latest American school shooting in Uvalde, Texas. Two educators, nineteen children. The shooter was eighteen. Legally ineligible to buy alcohol, instead he legally purchased two assault rifles and scores of ammunition. This apparently raised no concerns. The horror that followed is now almost a macabre cliche, as school shootings happen repeatedly in America. It has become our trademark. In the words of poet Brian Bilston, “England is a cup of tea. France, a wheel of ripened brie. Greece, a short, squat olive tree. America is a gun.” This corruption that prides itself as integral to the American identity is but another lie we insist on telling ourselves about the origins of our nation and ranks right up there with the hypocritical notion that to be a good American is to be a faithful Christian.

As one raised in a Christian subculture that praised the merits of American exceptionalism, and as it turns out, America is exceptional, but not for the reasons conservatives and evangelicals would have us believe. We are the only country in the world where this happens on a regular basis. With predictable, deadly regularity, we are no longer shocked, but simply locked into a cyclical response of reporting, offering condolences, and moving on. Repeat. The obligatory “thoughts and prayers” ring hollow in the midst of so much human carnage. And in the words of theologian Miroslav Volf, “there is something deeply hypocritical about praying for a problem you are unwilling to resolve.”

But how do we resolve a problem that is intrinsic to our identity as Americans? Guns are a part of our national fabric. Our rights to guns are ensconced in the Constitution. We love and celebrate guns in America; in fact, we have fetishized them. We collectively lament the deaths, but defend the weapons ad nauseum. Because how could something so beloved be so dangerous? Because our love for guns is so passionate, we will literally blame anything else for what we cannot explain. For example, issues of mental illness are raised as the reason we see such atrocities taking place in America. But the evidence says otherwise. Research over the last thirty years indicates that diagnosable mental illness isn’t connected with mass shootings. In fact, “in their 2016 edited book Gun Violence and Mental Illness, psychiatrists Liza Gold and Robert Simon summarize the evidence debunking the myth that mental illness is a leading cause of gun violence. As they report, less than 5% of shootings are committed by people with a diagnosable mental illness. Like mentally healthy offenders, the mentally ill are far more likely to shoot people they know rather than strangers. The mentally ill are also far more likely to be victims of gun violence rather than perpetrators. These data suggest that the link between mental illness and mass shooting exists in our minds, not in reality.”

While we can all agree that perpetrators of mass shootings are not well, to scapegoat mental illness to avoid implicating the weapons these mass shooters wield suggests we will go to any lengths to defend our toxic love. Many in Christian communities will even point to biblical stories to defend their position. For instance, the ubiquitous meme pointing out that God held Cain responsible for the murder of Abel and not the rock he hurled at his brother misses the point that it would simply be impossible to kill multiple people with one rock. But with an AR-15 style weapon, thirty rounds can be fired as fast as the killer can pull the trigger. Indeed, according to NPR,  “the AR-15, like its military version, is designed to kill people quickly and in large numbers, hence the term assault-style rifle, gun control advocates told NPR in 2018. They say it has no valid recreational use, and civilians should not be allowed to own them.” But like a battered spouse, we will find literally anyone else to blame for the mass violence wielded by these weapons of war. We will insist on intellectual gymnastics that seek to fit the square peg of a constitutional clause (a clause that extended rights to people to carry a single-shot musket rifle in defense against foreign invasion and other adversaries) into the gaping round hole that allows unencumbered purchasing and wielding of military style weapons designed to kill many with deadly precision. There are more guns than people in America, by some estimates over 400 million in circulation, but yet we refuse to make any connection to the unique culture and proliferation of guns in America and these deadly shootings. Surely this isn’t what the founding fathers envisioned.

Twenty-one. Twenty one dead in Uvalde, Texas, and only twenty one weeks into 2022 and there have been 213 mass shootings in America.  Meanwhile, according to The Washington Post, nineteen current or recent Republican Senators have taken at least $1 million dollars in campaign contributions from the National Rifle Association. In the wake of these murderous rampages the GOP continues to appeal to God for help, while refusing to distance themselves from their true allegiance: money. If lawmakers were serious about implementing change, at the very least they would bring back the “assault-weapons ban, which banned the AR-15 and other similar semi-automatic rifles. After its ban, mass shootings were down in the decade that followed, in comparison to the decade before (1984-94) and the one after (2004-14), NPR reported in 2018.” Our legislators should be willing to pass laws to make tragedies like these less frequent and more difficult.

Unfortunately, defense of the status quo with Republican politicians and candidates praising the gun as a source of help against any number of enemies real and imagined continues to satiate the American love affair with weapons of mass destruction. Claiming there is no legislation that can be passed that would stop these mass shootings, these same Republican legislators quickly and efficiently pass legislation criminalizing abortion. Republican legislators have no problem banning the discussion of Critical Race Theory or the word “Gay” from teachers’ lexicons across America, but when it comes to guns their common retort is “nothing can be done.”

Famously, Jesus once told an eager disciple bent on defending him from an angry mob, “Peter, put away your sword.” Until we are collectively willing to obey the words of Jesus and put away our guns, it is unlikely that anything will change in America.