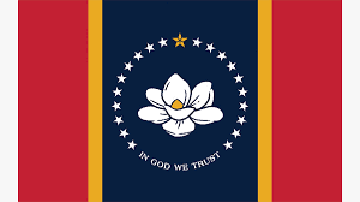 The new Mississippi state flag, which no longer bears the Confederate battle emblem, was raised over the state capitol for the first time this week. State Speaker of the House Phillip Gunn said that attending a Southern Baptist Convention meeting several years ago helped him come to the conclusion that the state flag needed to be changed.

When messengers adopted a resolution calling Christians “to discontinue the display of the Confederate battle flag as a sign of solidarity of the whole Body of Christ,” it was just what Gunn needed.

“I felt like I had some backup at that point,” said Gunn, a Republican, adding: “That was just kind of an affirming moment for me because I was struggling to make sure my reading and understanding of Scripture on the issue was correct. When you have theological and spiritual giants like there were in that room that rise up and say the same thing, it just affirms what I had understood.”

The flag debate has been ongoing since 2001 in Mississippi — and in some cases, local cities and counties have refused to fly the 1890s flag with the Confederate imagery — but in 2020 the legislature commissioned a new flag. After voters ratified that decision in November, the change was effected statewide.