The Development of an Artistic Voice, Part 2… The Polychrome Series 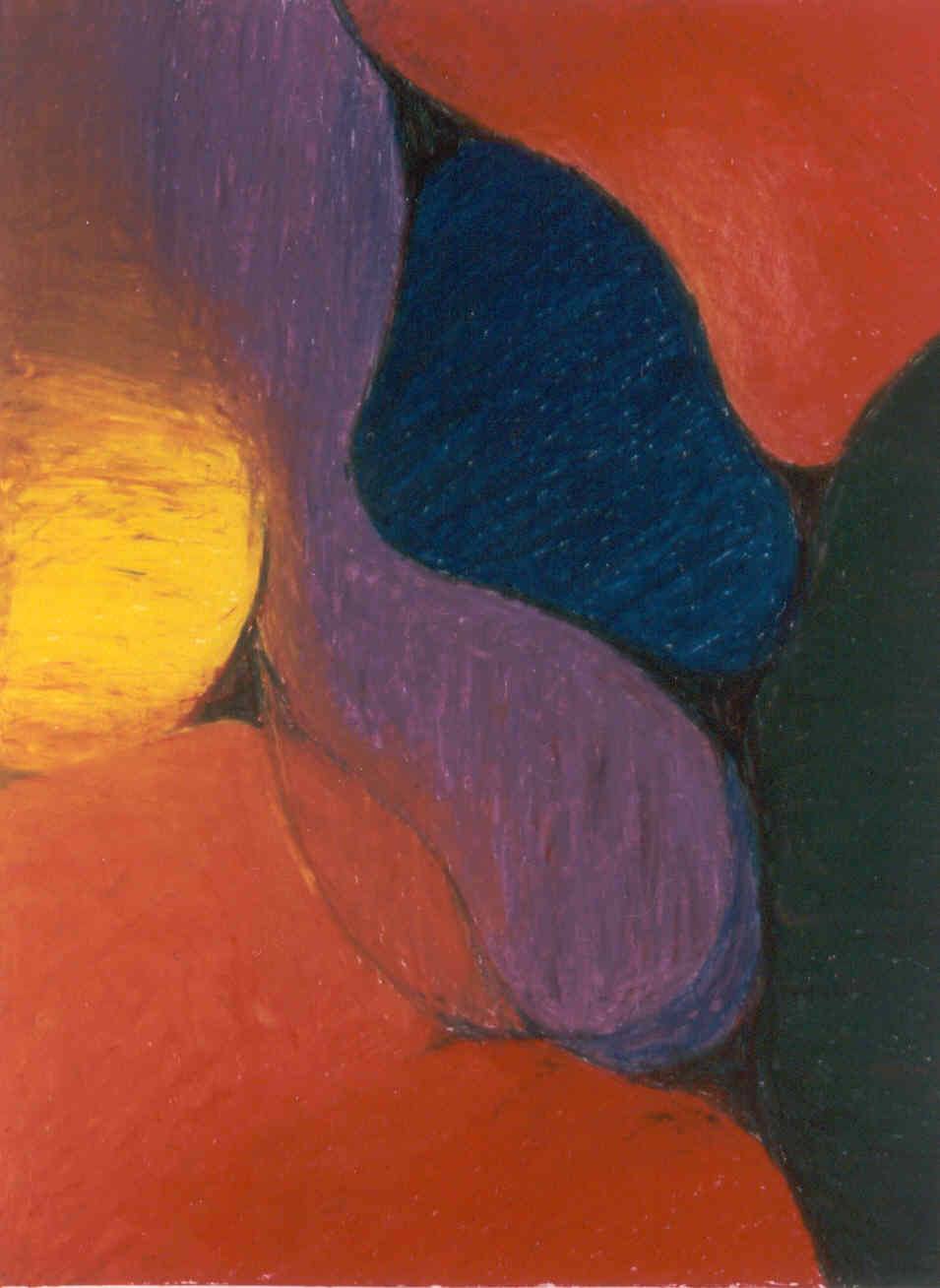 If you have not read Part 1 of this series you may want to do so prior to reading this installment.

When I first sketched out the idea for the Societal Portraits, it was my intention to have each area be a different color. That first sketch has a key which indicates that I was intending one particular type of mark to represent brown, another black, another yellow, another red, and another white. Embarrassingly, it seems that I was intending each area to stereotypically represent colors typically associated with different races. There is a certain amount of logic to this since my sketch came from watching people groups but it was also terribly literal and simplistic. Fortunately, this hyper literal approach was dropped very early. In fact, I do not remember executing a single painting with this sort of scheme. The color scheme instead quickly evolved to a more vibrant palate. What I did not know at the time was how important vibrant color would be to my work in the long run. However, as I look back on the work now, I can see how I was in the inculcate stages of my fascination with color.

I always tell my students, who are frustrated with their work at the undergraduate level, that I spent a couple of years doing bad work, then a couple of years doing okay work, and then finally progressed to where I was doing solid work. Much of the work that I am referencing in the “couple years of bad work” comes from this series. Thankfully much of the work I did in this series was destroyed and there is no photo documentation. I don’t know exactly how much work I did during this period but there were probably a couple dozen paintings and a dozen drawings. I only have photographs of three paintings, one of which is destroyed, and four drawings. And from those remain only a couple which my pride feels comfortable sharing.

The lessons I learned from this series, however, were valuable and they helped fuel my continued work with the Societal Portraits.