This church was abandoned. Then ‘Lucifer’ revived it. 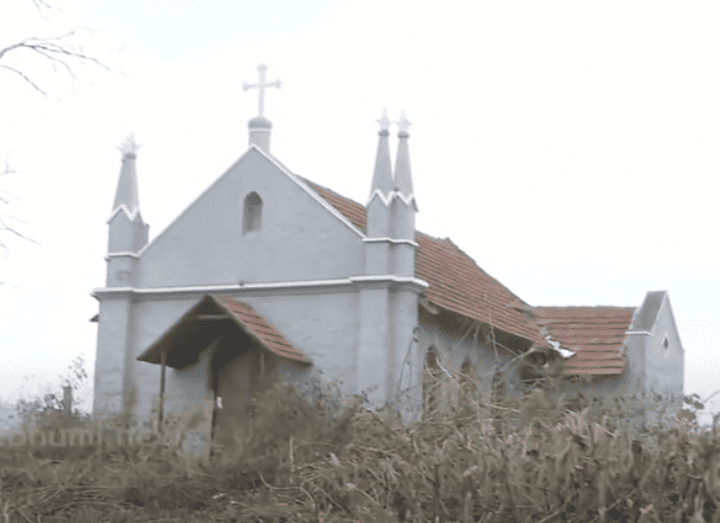 Slowly settling into the ground in what is now a quiet, unused former tea company property in India, St. Andrews church stands as a silent gothic testimony to the area’s former British colonial influence. It’s been abandoned for nearly two decades, but before it could molder into the ground, Lucifer saved it.

No, not that Lucifer.

“Lucifer” is a hit 2019 Malayalam-language film that some reports say  “is currently the highest-grossing Malayalam film ever, grossing ?200 crore (US$28 million) globally.” The action-crime film’s title comes from one of the lead character’s nickname.

St. Andrews was used in the filming, and filmmakers renovated it ahead of production. The Hindu reports:

“St. Andrews is one of the three remaining Gothic style churches built by the British in Idukki’s tea plantations. The other two are at Munnar in Devikulam and Pallikunnu in Peerumade. Just ruins remain of the British-built Union Church at Kottamala, near Upputhara.

“Sunitha Sreenivasan, daughter of a former manager of the company, now settled in Bengaluru, said she had vivid memories of the church which was active three decades ago. “I still remember Fr. Kuriakose Plathottam who was the priest then,” she said. Ms. Sreenivasan’s family lived in a bungalow close to the church. They left when she was 12. Many such bungalows which housed senior plantation officials in the estate have collapsed.”

Because of the film’s popularity, the church has become a pilgrimage site for fans of the planned three-film franchise.