Thanksgiving in the Year of Dread (aka 2020) 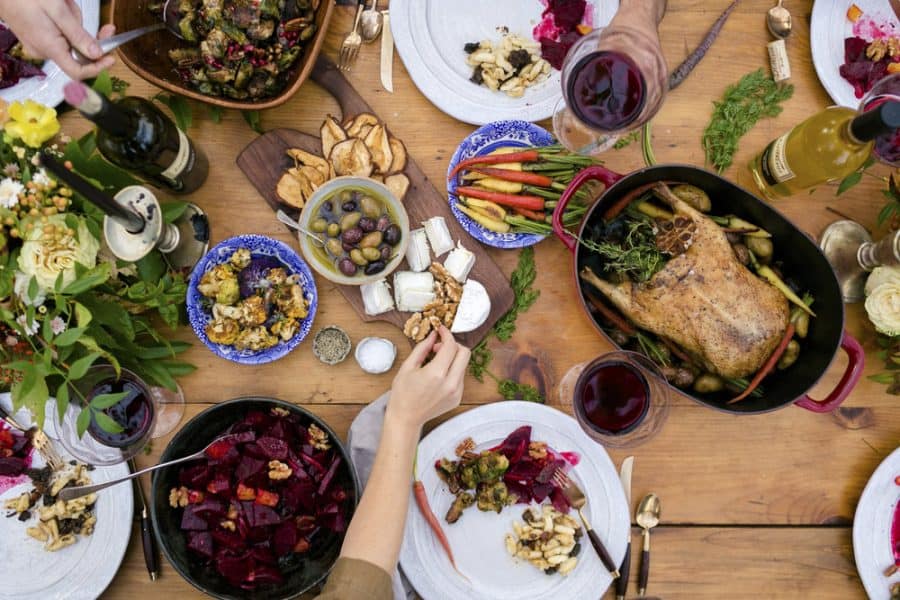 This is a horrible year for the nation and our world. According to Worldometers.info, more than 273,000 Americans and 1.4 million people worldwide have lost their lives to the Coronavirus. There has also been racial unrest in the U.S. that has sparked demonstrations around the world. Not to mention the virus inspired economic downturn. There are feelings of fear and isolation and dread. Oh, and our political divide is shockingly wide. None of that is good. This is truly a year of dread.

I’ve seen articles all around the web this last week about how to be thankful in hard times. Two years ago, I wrote an essay titled “Thanksgiving when you aren’t feeling thankful” that explored this subject, but hopefully from a more sober perspective than the pollyanna I typically see published. This essay is not that type of essay. In this essay, I want to celebrate my genuine thankfulness despite the challenges of the year. For our family, this has been a great year. Certainly navigating life, family, and teaching during a pandemic has been extremely challenging. But, I am deeply thankful for the year we have had.

My family started a wilderness period beginning in 2011 from which we only this year have begun to see the end. That wilderness experience intensified over the last couple of years as my siblings tried to have me thrown in jail by falsely accusing me of elder abuse, devastating our family finances, and forcing us into homelessness. You can read more about those ordeals in the essays “A Birthday (and Holiday) Lamentation” and “Meant for Evil… and our Gracious ‘Just Enough’ God.” If you haven’t read those articles…it really is a harrowing story and will help explain the context of this essay.

The last, of those two articles, was written as I was starting my new job at my current university. I am just now doing grading to close out my third semester here. When I started here the trials inflicted on our family by my siblings had devastated us financially. We had credit accounts in collections and were just barely able to cobble together the rent for the home we had just moved into. The remainder of 2019 was spent trying to tread water without drowning. We scraped by just well enough to survive. There was no Christmas tree in December and no presents for the children. But, we made it through. My siblings, who I only communicate with through email because of their abusive behavior, repeatedly tried to coerce me into providing them with my phone numbers and address. I still only allow them to send me letters and packages at work or to contact me through my email.

This summer about a year after moving here, I accidentally pocket-dialed my Dad’s old cell phone which is now monitored by one of my sisters. I didn’t leave a message. According to public records, the phone is still registered to my father but my sister had someone else call back to ask who I was since they got a missed call from me. It was strange because the caller used a name for me different than what is on my phone account demonstrating that caller ID had not told him my name. Then two days later, my other sister, who has never called me on my current cell number, casually called me to tell me her lawyer wanted my home address. I blocked her.

That may seem like an extreme response. But, there is a history.

In January, I found out that my oldest sister had admitted to a cousin that she had intentionally kept my ailing father from me. This is both illegal and a violation of our mediation agreement. But, that is not what convinced me of how dangerous my siblings are.

On Friday, December 13th, 2019 about 4:30 pm I got a call from my wife. She told me to rush home; Child Protective Services was at our door.

We were notified by the CPS worker that I had been accused of molesting two of my children- one now an adult and one still a minor. My wife recalled our minor child from a friend’s house so that CPS could speak with this child. The CPS worker spoke with the child and determined that the accusation was false. But, because of the seriousness of the allegation, I was not allowed to stay with my family that weekend. Further because of the nature of the accusations, I couldn’t stay with my colleagues who have small children. I spent the weekend at a motel not even allowed to go into my house to get clothing. I was not allowed back with my family until a police investigation had been completed. It took five days.

The call had been made to CPS just two hours after I emailed my eldest sister, who had admitted to keeping me from my father, that I would be returning to California over the holiday break to visit my Dad. We also were able to find out due to the wonders of the modern internet that my siblings could now find my address online.

It was a horrifically long five days. Since the person who made the false claim, who we believed was my sister, seemed to be trying to destroy me we decided that I should notify the university administration about the investigation since she may be planning to call the university. That is a very challenging conversation to have with the Dean and Provost at an institution I had only been at for four months and with whom I had limited contact. Thankfully they were understanding.

The first thing that the ADA and detective told us was that they prosecute false allegations all the time and that this was easily the worst they had seen. They wanted to prosecute it. But, there were some concerns. The primary concern was that the call came from California and that while making false accusations is a felony in Tennessee they did not believe that they could get extradition approved for budget reasons. They had recently failed at getting extradition from California for drug trafficking. At the meeting, the ADA and detective discussed, in detail, our legal options and the investigation. The detective confirmed that it was, in fact, my sister who had made the felonious allegation. We left that meeting with the ADA exploring further options, unfortunately, the ADA decided a few weeks that it could not be pursued since they could not get extradition.

The detective did tell me that I could file for a Freedom of Information claim on his recordings of the interviews during his investigation. They were chilling to listen to and included graphic accusations. Though it was comforting to hear the detective tell my sister after she tried to assure them that she was on his side, “I don’t think we are. Everything you just told me was a lie.”

Interestingly after the two calls of the investigation, my sister called back to ask the officer if she should call me and apologize. He was incredulous as to him it was obvious that she should apologize to me for falsely claiming that I had molested my children. She never called, emailed, wrote, or in any way acknowledged what she had done. I assume that she beliefs that I do not know it was her or that she relied on my brother’s legal advice in navigating this horror.

That was a low point for me. I had seen my sibling’s hate in so many other ways. But, I can think of no more heinous of an accusation than to accuse me of harming my children, especially in such a vile way. The fact that they could make such terrible false allegations was shocking. The fact that it seemed to come as an effort to try and keep me from my father was disturbing. The fact that they had made several attempts to get my address and this only happened once my address was publically available stinks of evil premeditation. I can’t fathom it. Even a year later my stomach ties in knots just thinking about the bitter hatred that drives such actions.

The Year of Thanksgiving

2020 has been hard for our family like many others, though clearly not as hard as it has been for the many who have lost loved ones or jobs. Covid has certainly brought challenges. But, by summer we were stable financially for the first time since the wilderness had started nine years earlier. Despite the frustrations of online learning and hybrid classes, I enjoy my job and have very good relationships with my colleagues. My wife is working toward finishing her degree after taking years off to raise, and homeschool, our children and three of those children are enrolled at my university. I was able to take part in a meaningful movement this summer that honored my father’s legacy and even got me an opinion piece in the Tennessean.

We ate well on Thanksgiving, too much really, and for the first time in three years, we have a Christmas tree in our family room. Our family is on a good trajectory and that is something I have not been able to say for a long time. Professionally I am flourishing. Even this website has had a good year. We brought on contributing authors. We added the Faith on View Daily Newsletter and have several other projects in the works.

We have established firm boundaries that help keep us emotionally safe and at a distance from the abuse.

It finally feels like we are out of the wilderness.

Despite the evil in this world, God has been faithful. He has always provided us just enough both emotionally and physically.

I am always a little uncomfortable writing pieces that are this personal. On this website, I have always been committed to transparency but sometimes it feels a little self-indulgent. Then I remember a message that a friend sent me that included “I’ve been in a dark place for a while. I still kind of am. But your story has added some light and made my place a bit less dark.” I never know if writing pieces such as this will touch anyone. But, it is worth it if it does. Here is a piece I wrote on The Problem and Blessing of Transparency.