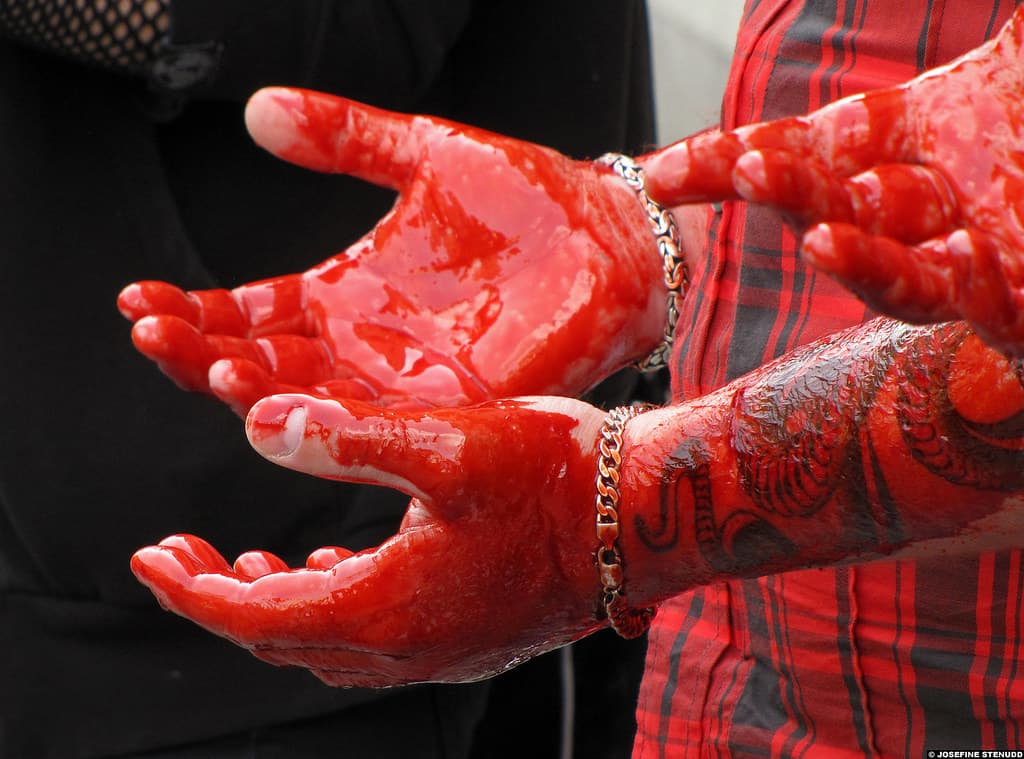 The following article contains content some may find offensive.

Dale Chamberlain of Church Leaders writes that band headliner Anthony Melhaff claims that his band follows punk rock in the name of faith, although there is a clear satirical edge to the Christian symbolism.

The band, which refers to its genre of music as “Reptilian Christian Christ Violence” and features band members who wear reptilian masks during shows, is headlined by Anthony Melhaff, who said in a 2021 interview that the band represents serving punk rock in the name of faith.

“I stand for all the would-be scum that never considered Jesus an option,” Melhaff said.

Melhaff has referred to the band as a “church” in Instagram postings. Chamerlain continues:

“Cancer Christ saving souls and performing miracles,” Melhaff wrote. The post included a photo of Melhaff baptizing a fan in fake blood, which the band refers to as the blood of Jesus, fans biting into and destroying Bibles, and what appears to be one man running a cheese grater across the forehead of another man.

Hashtags on the post included some commonly used by Christians (such as #letusworship #thechurchhasleftthebuilding #godisgood #godisgreat #letgodtakethewheel), as well as others containing derogatory language aimed at Satan and the police.

While it is clear that Cancer Christ’s use of Christian symbolism is intended to be satirical, what is unclear is the statement they are attempting to make, if any, through their use of Christian language paired with violence and vulgarity….