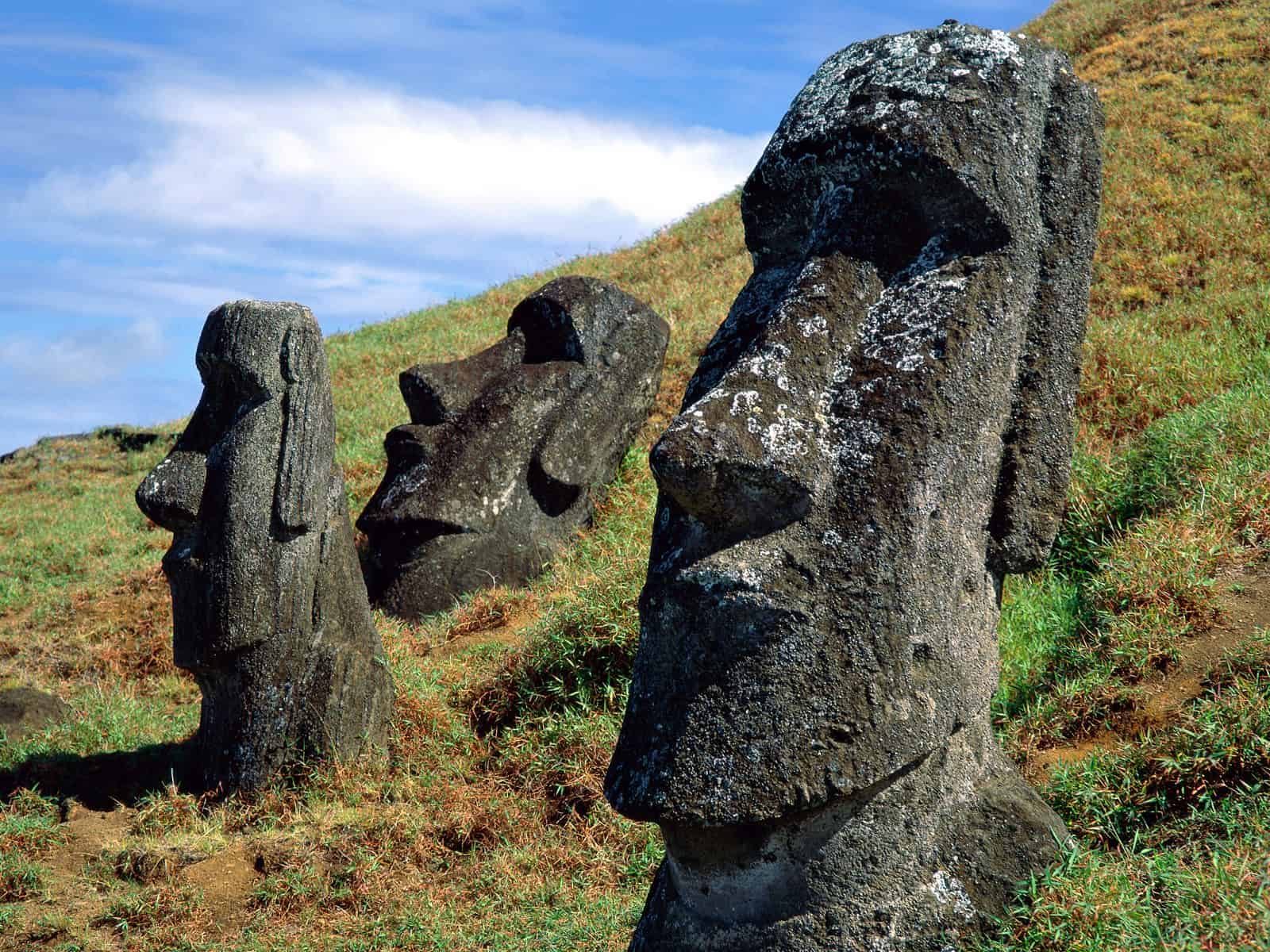 Authorities in Chile reported that after the fire of the Rano Raraku volcano on Easter Island, the Moai monuments suffered severe damage, and it is thought that they are irremediable.

The Rano Raraku volcano is one hundred meters high and is composed of volcanic tuffs. The fire started in the posterior sector of the crater towards the area called Maunga or Aio, from where it advanced in a southeasterly direction towards the slope and entered the hole.

The incident began on October 4 and was brought under control late on October 5. The park’s administration ordered its closure to ensure the safety of people. The technical teams continued to carry out the records and reports.

The damage reached the area where the moai are, devastating almost 100 hectares of the island, and has 386 of them. Specifically, 265 are located outside and 121 are inside. It was not yet possible to determine the precise number of statues affected.

According to an article published by CNN:

“Chile’s Undersecretary of Cultural Heritage Carolina Pérez Dattari said that officials from the country’s National Monuments Council (CNM) “are on the ground assessing the damages” from the fire on the island’s sacred stone figures.

The composition of the statues can be adversely impacted by “exposure to high temperatures … which could create big fractures that affect the Moai’s integrity,” according to the CNM.”

Rapa Nui National Park is a wilderness area protected by the State of Chile. The Rapa Nui culture expressed itself materially in unique architecture and sculptures in the Polynesian context. This island was colonized approximately 900 years ago by a small group of settlers from Eastern Polynesia. Their legacy was great works such as the construction of ahu and monuments, colossal statues that represented the ancestors.

You can continue reading about it here.