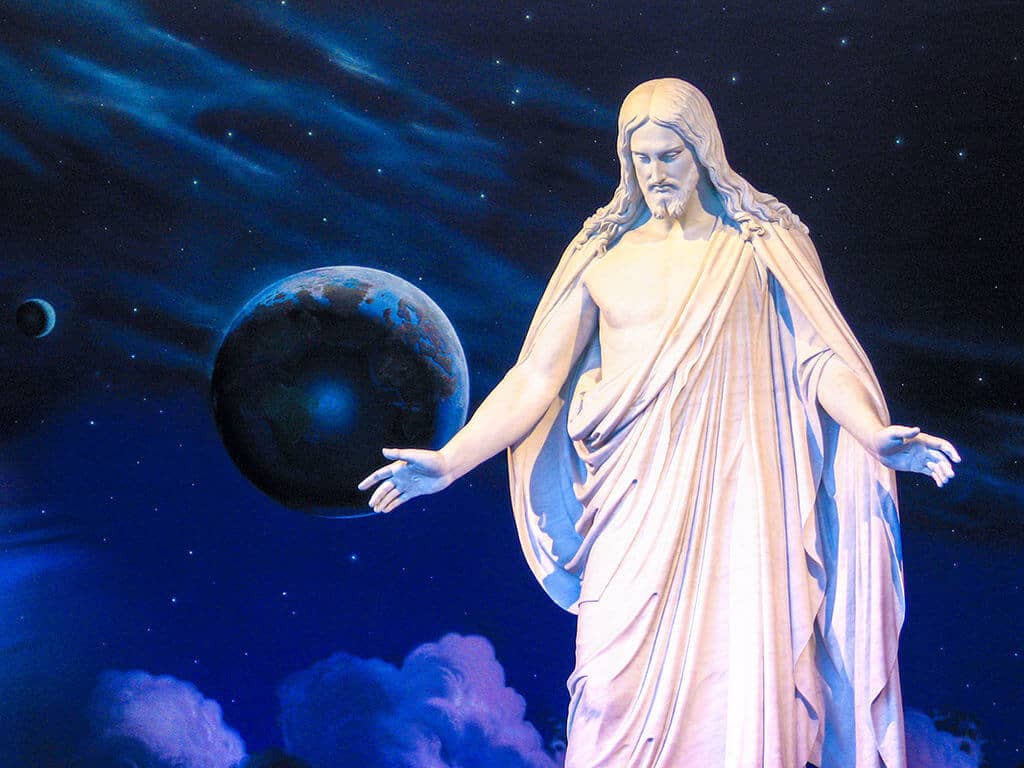 This is the second piece in the Mormon Christs series. If you haven’t already read the first piece you may want to start with Part 1.

Over the course of almost two hundred years, Mormonism has grown from a small idiosyncratic sect of Christianity to an established world religion. Along with the development of any culture, there is inevitably the development of an accompanying visual culture. This study focuses on images of Jesus within the Latter-Day Saint culture.

Fundamental to this project is the understanding that art is reflective of culture. There have long been discussions about whether art influences culture or culture influences art. Likely both are true. However, a causative relationship is not important for the purposes of this study. What is important is acknowledging that they are reflective of each other. There is little doubt that the artwork produced by a person or culture is a sort of visual philosophy which shows the artist’s or culture’s beliefs. On the other hand, artworks from other cultures can be appropriated into a culture for a variety of reasons including that something in that artwork resonates with preexistent beliefs. Once these ideas, visually expressed, join the cultural milieu they function to reinforce or, at times, challenge prevailing beliefs. Additionally, artwork that questions or evolves accepted beliefs can be produced from within a culture. What is of primary importance is to understand that the artwork in this study exists within the LDS culture and through its study tacit and explicit beliefs can be illumed.

Mormonism grew out of a protestant religious tradition that would develop into contemporary evangelicalism. As such, there is a shared cultural heritage and a similarity in ethos. However, one of the hallmarks of contemporary evangelicalism is syncretism and the tensions that arise as adherents move somewhat fluidly between churches that share the evangelical ethos but not all the doctrinal distinctives. The decentralized structure of evangelicalism and the increasingly fluid denominational lines create evangelical conceptions of Christ which are at times in tension if not fully contradictory. Mormonism, by contrast, with living prophets and a strong central church structure faces different challenges when it comes to visualizing Christ. Noted Mormon artist James Christensen recalls, “When I was growing up, I was taught that we should not have pictures and statues of Christ in our homes or meetinghouses. Nothing was to come between us and the individual image each of us had of the Lord we worshipped.” However, images were used in church literature and, in the 1950’s, the Church took an active role in forming the visual culture of their faithful.

This study will examine six Mormon conceptions of Christ: one provided by appropriated European art, one by commissioned illustrative art, and four by contemporary Mormon artists.

Noel Carmack argues that early images used in church publications were influenced by several factors. One important factor is the Biblical literalism which dominates LDS theology. Especially early in the twentieth century, this was in contrast with the increasing influence of higher criticism in religious scholarship. As a result, the church focused on depictions of Jesus that were naturalistic and reinforced the corporeal nature of Jesus’ existence. Northern European realist artists such as Heinrich Hofmann provided the desired naturalism without problematic non-material elements such as halos or clear references to the Catholic Church. Additionally, these northern images embraced the narrative tradition of Christian art rather than the iconic tradition more prevalent in Catholic and Orthodox works; therefore, these works reinforce the literal existence of Jesus and not just his theological significance.

In the 1950’s, the church turned to neo-classical works which were even more focused on the material reality of the figures depicted. Between 1956 and 1958, Doyle L. Green managing editor of the church owned Improvement Era publications serialized a set of readings with images by nineteenth century painter Carl Bloch which were published by Deseret Books in the book He That Liveth in 1958. Green said in praise of Bloch’s work, “the skillful use of color, give a highly realistic, quality to his paintings. His buildings, trees and shrubs, clothing, general terrain, and even walls and rocks create a remarkably accurate impression of the Holy Land.” It was, as much as anything, the connection to the historicity of Jesus that Green admired.

Among the most iconic images of Jesus in LDS culture is Christus by Bertel Thorvaldsen. The original is located in the Church of Our Lady in Denmark but in 1966 an eleven foot replica was installed in Temple Square in Salt Lake City. There are today fourteen replicas in three nations at official LDS sites, mostly visitor centers. As a sculpture this piece, perhaps most literally, reinforces the physicality of Christ. Additionally, all these European works, but in particular the Christus and the work of Bloch, reinforce the association of Jesus with the LDS ideal of masculinity, which at mid-century was largely physical. In describing an 1877 vision Elder Orsen F. Whitney claimed that his vision of Jesus was “noble of stature and majestic mien—not at all the weak, effeminate being that some painters have portrayed.” The Christus in particular reinforces this vision of Christ for the hundreds of thousands, if not millions, of people who see one of the LDS replicas each year.